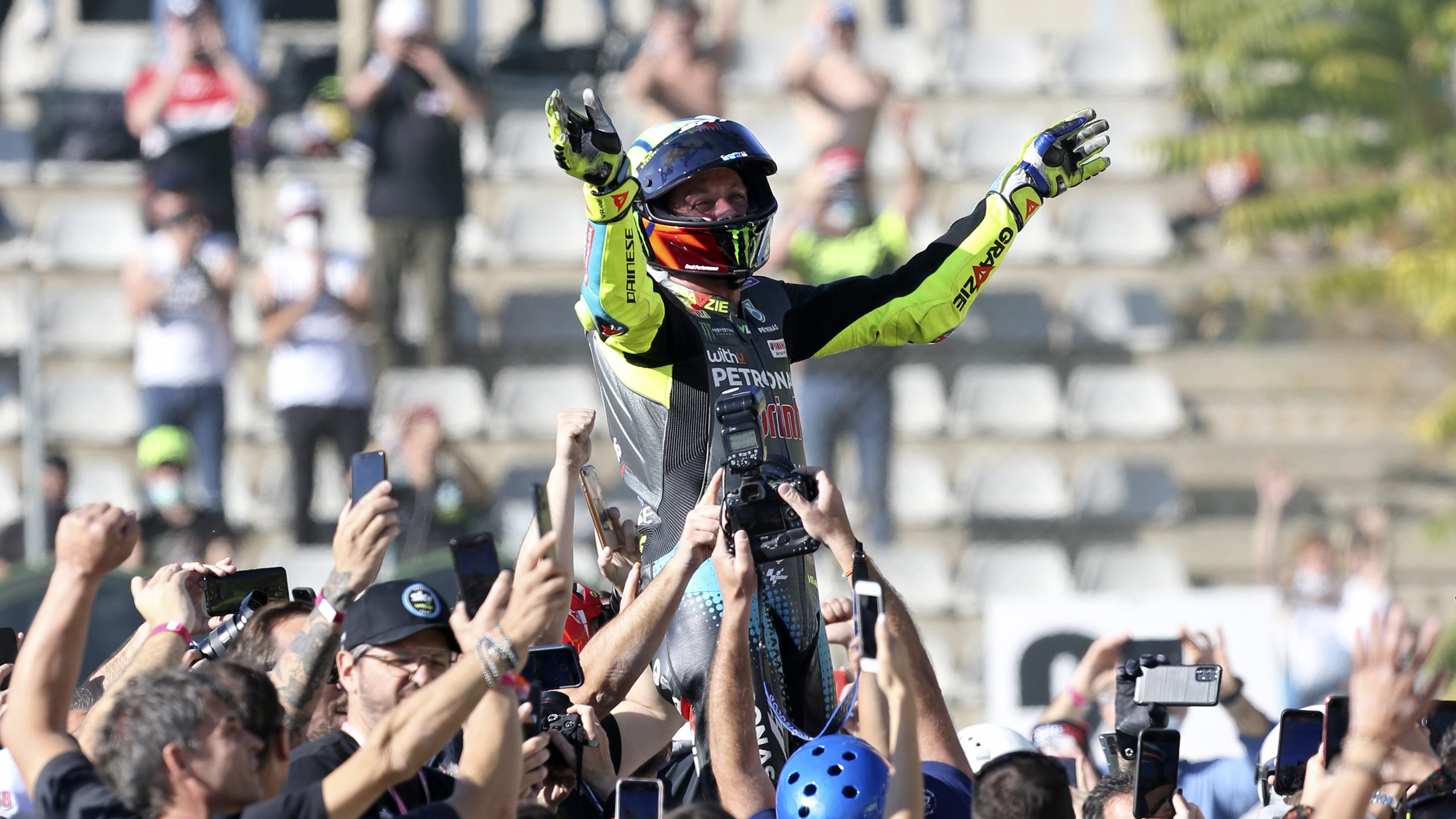 MotoGP rider Valentino Rossi of Italy waves at the end of the Valencia Motorcycle Grand Prix, the last race of the season, at the Ricardo Tormo circuit in Cheste, near Valencia, Spain, Sunday, Nov. 14, 2021. Rossi will be retiring from MotoGP racing as the season ends in Valencia. (AP Photo/Alberto Saiz)

CHESTE, Spain (AP) — Honored by fans, opponents, other athletes and celebrities, Valentino Rossi put an end to his acclaimed career of more than two decades with a 10th-place finish at the final MotoGP race of the season in Spain on Sunday.

Race-winner Francesco Bagnaia and the other riders followed Rossi after the race until the veteran Italian stopped in front of the grandstands to salute his fans.

Members from other teams awaited him on the pitlane to honor the 42-year-old Italian after he completed his farewell lap on the track.

“It’s the only thing possible today, to give a present to Vale,” said fellow Italian Bagnaia, who wore a helmet with Rossi’s No. 46 on it. “I want to dedicate this race to Vale and thank him for what he has done for us.”

Several video messages for Rossi were shown on the television broadcast, including those from actors Tom Cruise and Keanu Reeves as well as athletes Roger Federer, Rafael Nadal, Lewis Hamilton, Gianluigi Buffon and Andrea Pirlo.

Former Brazil striker Ronaldo waved the checkered flag at the end of the race, marking the last time the Italian veteran crossed the line.

Rossi had announced he would retire earlier this season.

He won nine world titles in total, with his seven triumphs in the top motorcycling series coming in the 2001-05 and 2008-09 seasons.

Sunday was his 372nd race in the main series, where he won 89 times and had 199 podium finishes.