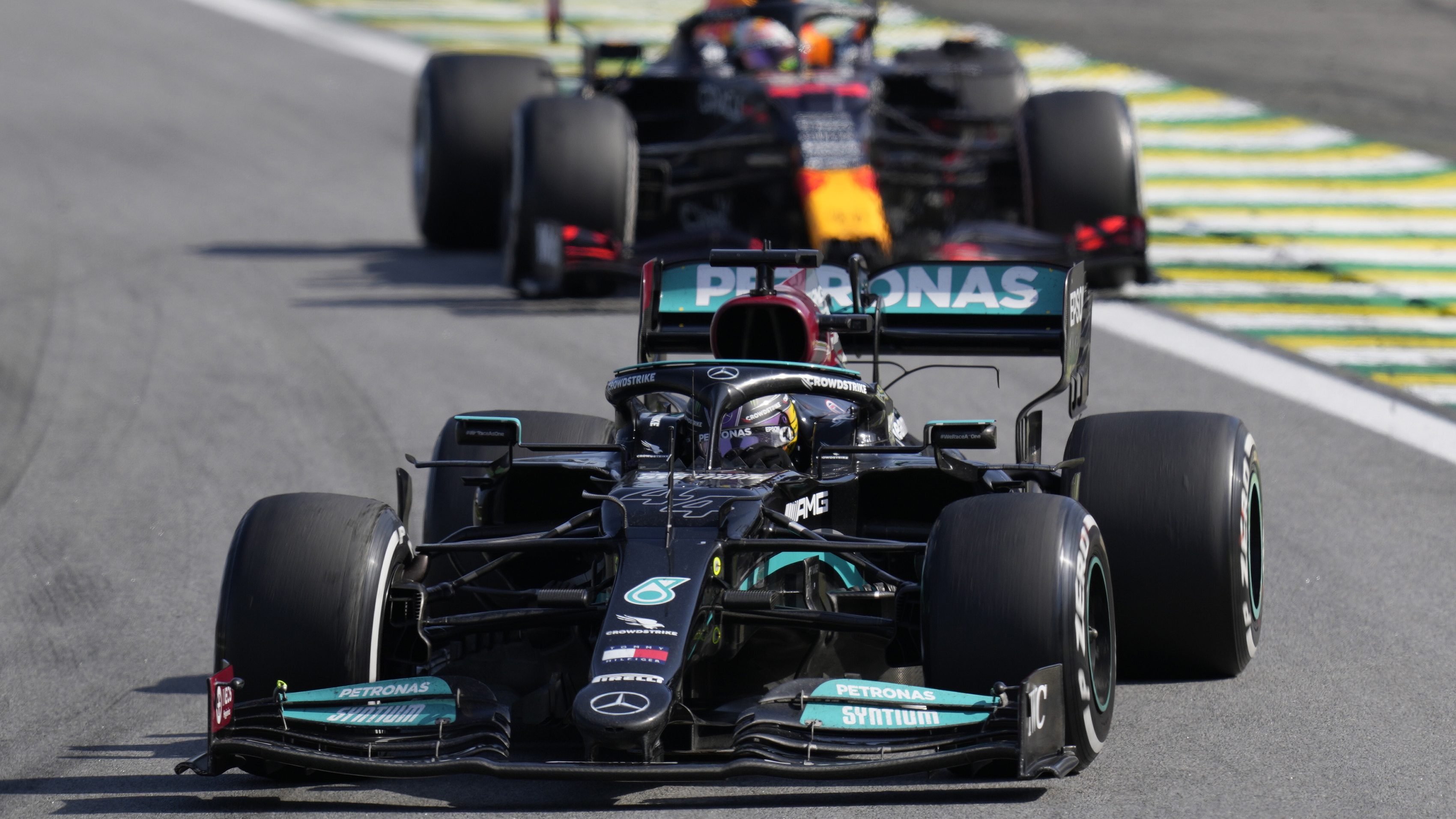 SAO PAULO (AP) — Mercedes driver Lewis Hamilton ended “the hardest weekend I’ve had” with a stunning victory at the Brazilian Grand Prix on Sunday, and gained momentum in his Formula One title fight with Red Bull driver Max Verstappen.

Hamilton, a seven-time world champion, beat Verstappen despite starting from 10th position on the grid due to a penalty — the second Hamilton faced this weekend in Sao Paulo.

Verstappen, the winner of the race’s previous edition in 2019, finished second and saw his lead in the driver’s championship shrink to 14 points, with three races left. The winner of a race gets 25 points.

“Let’s keep pushing,” Hamilton said on team radio after his sixth victory of the season. He took a Brazil flag to celebrate his win in the car and on the podium, just as his idol Ayrton Senna did.

Hamilton’s teammate, Valtteri Bottas finished third and Red Bull’s Sergio Perez was fourth with the Mexican clocking the fastest lap of the race. The Ferraris of Charles Leclerc and Carlos Sainz were fifth and sixth, respectively.

Verstappen led most of the race after the first turn, when he overtook polesitter Bottas. But Hamilton, who rose from 10th to third position in just six laps, went ahead of Verstappen on lap 59, putting a raucous crowd on their feet at Interlagos.

Hamilton finished the race with a 10-second advantage over Verstappen and said he felt like he had won his first race before a joyous crowd at Interlagos.

“I was pushing as hard as I could,” an emotional Hamilton said after his 101st victory. “From last on the grid (for Saturday’s sprint race), and then another five-place penalty — I think that’s the hardest weekend I’ve had. Things kept going against us, but it just shows, never give up, keep fighting. Never, ever stop fighting.”

Verstappen will also leave Brazil 50,000 euros ($57,200) poorer. He was fined after being seen touching the rear wing of Hamilton’s Mercedes on Friday.

“We were just missing a bit of pace, but we gave it our all and had fun,” the Dutchman said. “We still have a good points lead, today was a bit of damage limitation. The coming races we will bounce back.”

Organizers at Interlagos celebrated the return of the series to the traditional track, which will host the race for nine more years. All 170,000 tickets were sold for the three days of action, with thousands of fans gathering in front of the podium — many of them unmasked despite health protocols.

Formula One cut Brazil from its 2020 calendar because of restrictions in place for the COVID-19 pandemic. The Sao Paulo Grand Prix, renamed for this year, was allowed to open for full capacity only weeks ago when the state government eased restrictions for November.

Qatar hosts the next race on Nov. 21, followed by Saudi Arabia and Abu Dhabi.