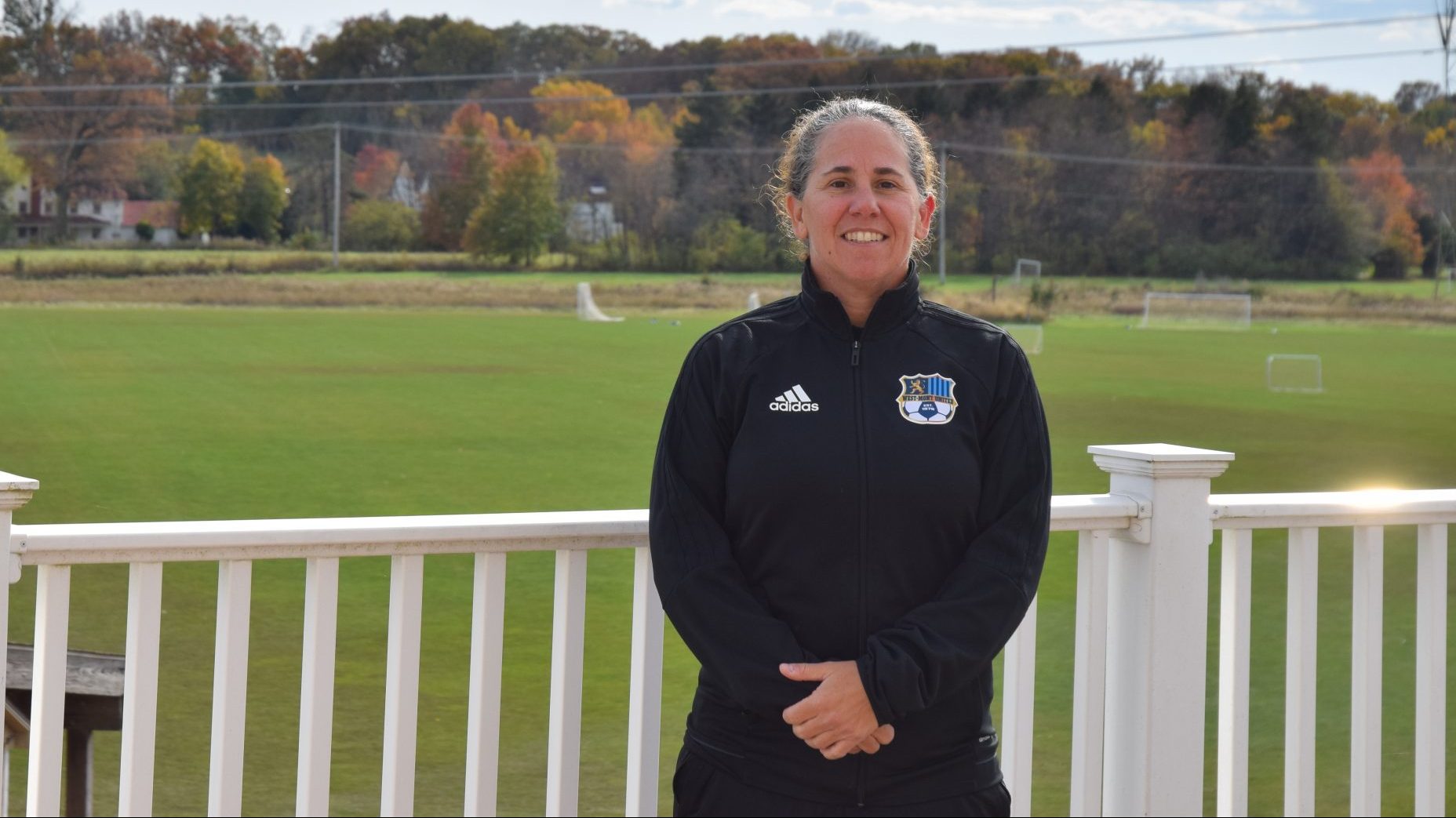 ROYERSFORD, Penn — Stef May is relatively new to West-Mont United, working there for only two months, but she already feels a strong connection to the players and coaches and a love for the facilities.

May is the director of coaching at the club for U10 through U14 girls teams, with each age group having three teams. In addition, she is the direct coach of both a U12 and a U10 team. She also oversees coaching education, which allows her to interact with numerous other coaches within the club.

“A lot of teams to get to know, a lot of coaches, it makes the opportunity very exciting,” May said. “The fields are incredible. My backyard, my office I tell everybody, is a beautiful complex.”

As the director of coaching, she likes to be very present for all West-Mont players and coaches, supporting everybody and showing up to games.

“I like it because I can see where we are as a group and get a good reading on it,” she said.

May talked about the competitiveness and willingness to learn she sees in all the players. She regularly sees players, ball at their feet, practicing on their own.

“It’s exciting because that reminds me of my childhood, just juggling the ball, doing my own thing,” May said. “I see them wanting it.”

She spoke about how she regularly gives the players challenges, and when they see her on the fields they’ll come up and show her what they’ve been working on.

May emphasizes that soccer isn’t just about what happens on the field. Through her own life, she has learned many lessons through it.

“I say to the kids, ‘You get out of the game what you put in.’ That was always my philosophy growing up,” she said. Her parents always told her that it was up to her what she was going to do with soccer, and she took that very seriously.

“Soccer has provided me a lot of great things in life,” the New York City native said. “I’ve been able to travel the world as a player, as a coach. A lot of great friends that I’ve made are through soccer. It taught me resilience, and a lot of life skills, how to work with different people. The sport is like life, you’re going to have your ups and downs, you’re going to have to problem-solve, you have to be resilient.”

Resilience is something she tries to teach her players, the importance of being able to overcome obstacles on the field, and in life.

“We can stand still, or we can keep going,” May said.

Speaking about the other coaches, May pointed to impressive resumes and exciting soccer experiences at the college and professional levels.

“We have seasoned coaches who have been around in the game for a long time, to our younger coaches coming up, who have had an incredible journey,” she noted. She is really excited for all of the young coaches at West-Mont because of how the players can view them.

“I think with the younger coaches, they see that that’s what they want to be as players down the road,” she said.

Their youngest coaches currently are right out of college. May’s appreciation for a fresh perspective comes from personal experience. She spoke about her time coaching Olympic Development Program (ODP) Region one (East Coast) and a time at a regional camp when a top-level coach asked her to come across the field and give her input.

“I’m like, this is an amazing opportunity,” she said. “I don’t know if it’s right, but this is what I see through my set of eyes. That opened a lot of doors for me, the coach wanted to see someone who wasn’t biased.”

May stressed the exciting things happening in region one soccer, especially Pennsylvania and the tristate area. Coaches on the girl’s side include players coming from La Salle University and Bloomsburg and two women who played at Penn State. The boys side also has numerous former high-tier college players and a coach who had the opportunity to play in the USL.

“You have people who have been able to do things, so when the kids ask, ‘Have you ever played?’ you can tell them, ‘Yeah,’” May said with a smile.

May enjoys coaching and is enthusiastic about the level of play she sees at the club. She wants players to want to compete and they do. She also emphasizes that they are a team.

“We all wear the same logo, we all want to make each other better, make the club better,” she said. She also believes strongly in etiquette and respect. She wants players to conduct themselves appropriately, thanking the refs for example.

“You don’t have to agree with them all the time, but you respect the game,” she said. “We compete with class, we set a standard.”

May’s love of soccer is evident not only in her coaching and playing, but also in her knowledge of professional soccer, name-dropping current players she had seen play when they were younger, as well as former players she watched during their times playing in the 90’s. She spoke fondly about how the U.S. Women’s team won their first World Cup in ’91 and never looked back.

At one point, May was recruited to play for the ’99 Women’s National Team and the ’96 Olympian Amanda Cromwell before she went on to coach at UCLA.

Another story May told took place during her time coaching college soccer.

“When I was coaching in my Sunday league, we saw Mia Hamm and all those guys show up, they just wanted to kick around,” May joked. “We were like YES, you can do whatever you want.” Mia Hamm was 19 years old when she helped the U.S. Women’s National Team win their first World Cup in ‘91.

All this history and experience go into May’s excitement for the future, not just for her as a coach, but for her players. She saw a lot of national players come through region one and now they have more funding, more attention and more opportunities for college soccer and professional leagues. May personally had the opportunity to coach a young Amber Brooks, who came out of eastern Pennsylvania and is currently a professional soccer player.

Coaching these young girls, May said that she could tell they were different.

“(Amber Brooks) always was ready to go,” May said with a laugh. “The orange headband, I’ll never forget that. She’d just sit there and look at you, make eye contact, she wasn’t afraid of you as the coach. She wanted to play, she wanted to get better.”

Whether coaching or watching future stars, May knows the importance of teamwork and community. Both soccer and life are about a good crew and the right support.

“I think if you surround yourself in life with the right people, it’s going to help you grow, it’s going to keep you on the right path,” she said. “One’s not bigger than the whole. One person can’t carry everything.”