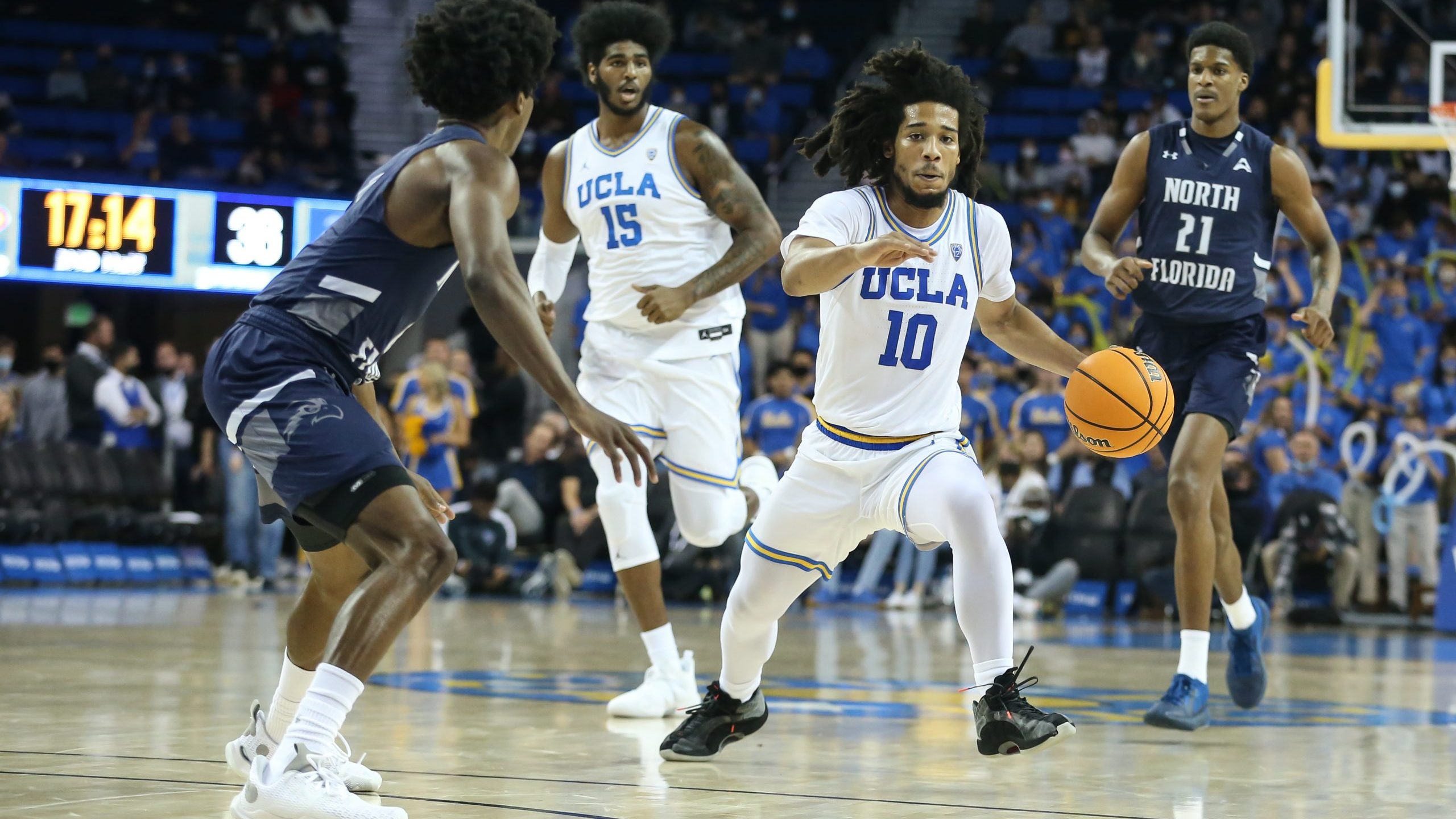 LOS ANGELES – UCLA has won more NCAA Tournament championships than any other program in men’s basketball history, but the Bruins have not lifted the trophy since 1995. It’s been a long time, but there is more than one reason why UCLA was ranked No. 2 in this year’s AP preseason poll.

This is the Bruins’ highest preseason ranking since the 2007-08 season. The roster looksalmost identical as the one from last year. In fact, 12 out of the 15 players are returners. All starters are back, which gives a lot of potential to the offense because all five of them scored in double digits through the 2020-21 campaign and will likely maintain or improve their stats.

Head coach Mick Cronin said the team has had an opportunity to develop its talent, and therefore the players are clearly more confident on the court.

Johnny Juzang averaged 16 points as a sophomore, but he already started his junior year stronger. In the first three games of the season, the 6’7 guard averaged 23.0 points while also contributing with 5.3 rebounds per game. This includes the stats from the game against No. 4 Villanova, in which Juzang pushed the Bruins to a victory with his 25 points and eight rebounds.

Johnny Juzang in the CLUTCH! 🔥 pic.twitter.com/ARwrKZ4kDD

In that same game, junior guard/forward Jaime Jaquez Jr. finished the night with a double-double of 21 points and 13 rebounds. Red-shirt junior Tyger Campbell is another one of the team’s top players, but Cronin would like to see even more.

“Johnny does not lack confidence. And I’m glad he doesn’t, because I tell Tyger, ‘Does Johnny stop shooting?’,” the coach said. “For us to get to where we want to go, he’s got to have the same swagger on offense that Johnny’s got. Jaime has it as well.”

Cronin said the confidence is about talent and experience, but also simply because the players believe in themselves. Although he believes in their talent too, Cronin is also realistic about the areas that need improvement.

The defense is definitely an area of concern at the moment. Starting forward Cody Riley suffered a sprained left MCL during the Bruins’ season opener, so the Bruins have had to learn to play without him. UCLA has struggled with defense in more than a handful of moments in the first few games, including when they took too long to take control over Long Beach State, a team that went 6-12 last season.

After that game, Cronin was not shy about sharing his feelings toward the defensive performance and said that winning, especially on the road, will be completely
unsustainable if they keep playing that way.

“If I had a pair of sneakers, I think I could score on some of our guys tonight and I turned 50 this summer,” the coach said.

Shoutout to Joel Murray and Colin Slater for putting on for Long Beach State against No. 2 UCLA😤🔥 @JoMurray_

The duo combined for 57 of Long Beach State’s 79 points 👀 pic.twitter.com/cxeO1I4knc

The expectations are certainly higher than they were last year. The Bruins made a Cinderella run in the NCAA Tournament before an undefeated Gonzaga team ended it all in overtime with a buzzer beater. UCLA wasn’t exactly off the radar, but the Bruins are definitely not sneaking up on anybody this season. Their win over Villanova showed they can compete with big opponents, but the true test will come on Nov. 23 with a rematch against the Bulldogs.

Gonzaga is a solid offensive team, so the Bruins will definitely have to clean up their defense by then. After the Long Beach State disappointment, although it was a 21-point win, it seemed like the Bruins heard Cronin’s message loud and clear.

“We know that we have a team where everybody returned,” Juzang said. “So we know the level that we’re capable of playing at. Just winning the game doesn’t always satisfy us. It’s how you performed, how you won the game or lost the game or whatever.”