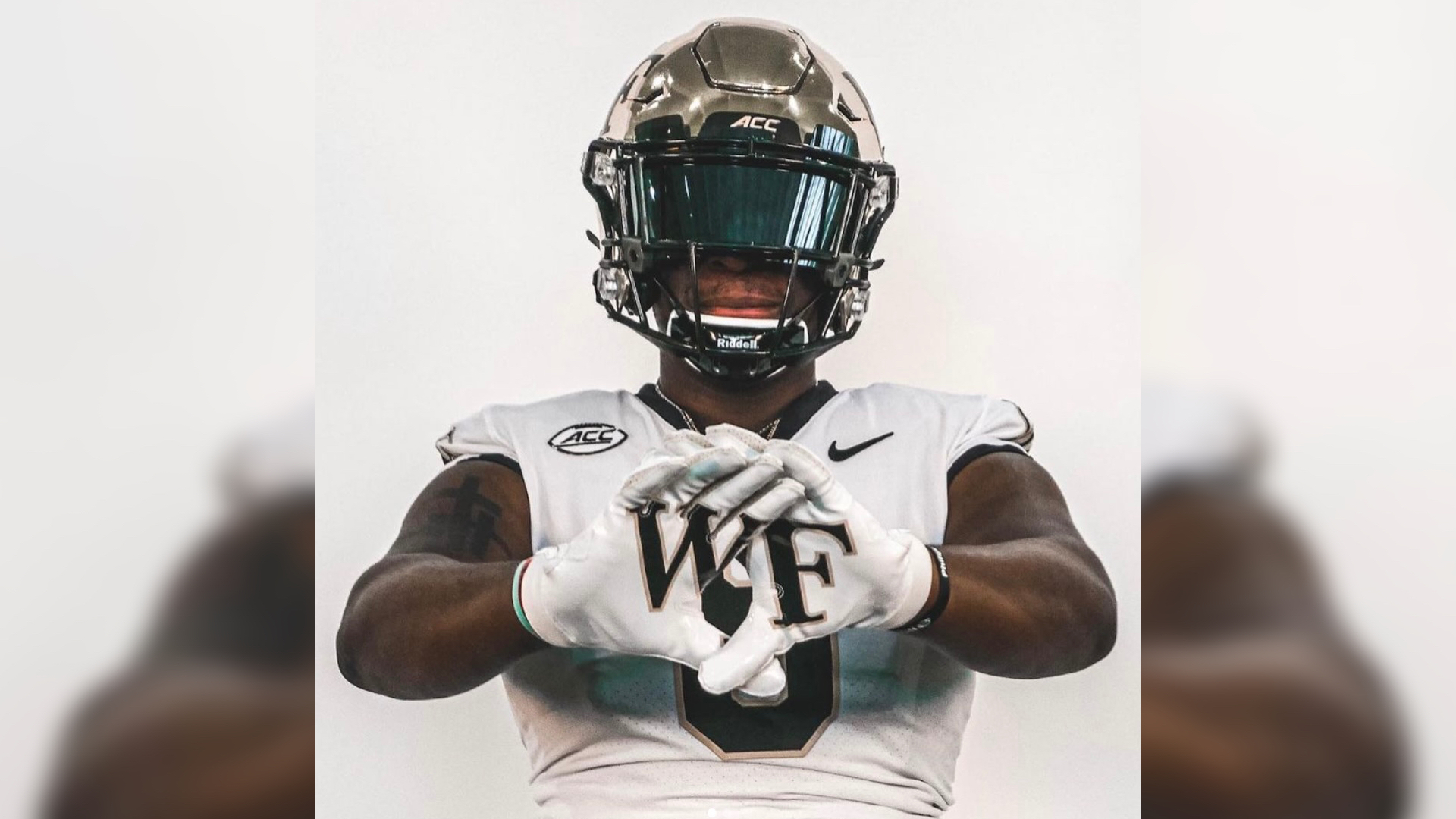 SHELBY, N.C. (BVM) — A four-star defensive end out of Shelby, North Carolina, Eli Hall knew two things at a young age — he wanted to play college football and hoped to stay close to home. Fast-forward to July 2021 and the senior made his dreams come true with his commitment to play at Wake Forest University.

At 6-foot-4, 280 pounds, Hall is a defensive force that no offensive player wants contact with. A varsity powerhouse through his four years at Crest High School, Hall is the No. 11 ranked football recruit in the 2022 class out of North Carolina and the No. 64 ranked defensive lineman in the nation. A dual-sport athlete in football and basketball, Hall enjoyed and excelled in both games through his junior year of high school, but chose to only focus on football his final year at Crest.

“I started playing football when I was 4 years old,” Hall said. “I started with flag football — I will never forget that. I loved it. I started playing basketball heavily in elementary school — third grade I think. When I was a freshman, someone told me that by the time I was 6-foot-3 I needed to look and see what center in the NBA was 6-foot-3. There were none of course, so that’s when I knew football was going to be my focus.”

Hall recently suffered a season-ending knee injury and underwent successful surgery at the beginning of November. Nonetheless, Hall’s time on the gridiron for Crest has been nothing but impressive as the Chargers have finished ranked No. 1, No. 2 and No.1 in the 3A West Conference through the last three seasons, respectively. The squad currently sits at 9-2 (7-0 conference) with two playoff victories under their belt and another playoff match slated for tonight. With his focus on rehab for the next few months, Hall has no doubt he will watch his team bring home a state championship.

“I had knee surgery last week,” Hall said. “I had to get my knee cleaned up a bit, but I should only be out for three to four months. I’m already walking on it so I won’t be down for too long — I’m doing good. And even though I’m hurt, I expect my guys to go out and play hard. I have no doubt they will play ball and win.”

Hall received his first offer from the University of Akron as a sophomore and went on to collect more than 23 others. With the goal of staying close to home, Hall had high hopes that Wake Forest would come out on top.

“Wake Forest was my third or fourth offer,” Hall said. “Through the whole process, I wanted to go somewhere close to home. Because Wake Forest offered me early, I was excited but wanted to see if they would stay consistent. They stayed consistent and built relationships with everybody. It fits me best. I’m going to get a top tier education and we have a great team. So hey — I can’t go wrong.”

With a few more months to prepare before his move to Winston-Salem, Hall plans to finish his senior year healthy and ready to take on collegiate ball. And his future plans after college? He isn’t about to rule anything out.

“I think I want to study human sciences,” Hall said. “I am a little back-and-forth, but I think it’ll be that. And then, who knows. If God blesses me to make it to the NFL then that’s great. But if He doesn’t, I really haven’t figured it out yet. I have time so I’m not worried. I just know that whatever I do, I’ll do it well.”