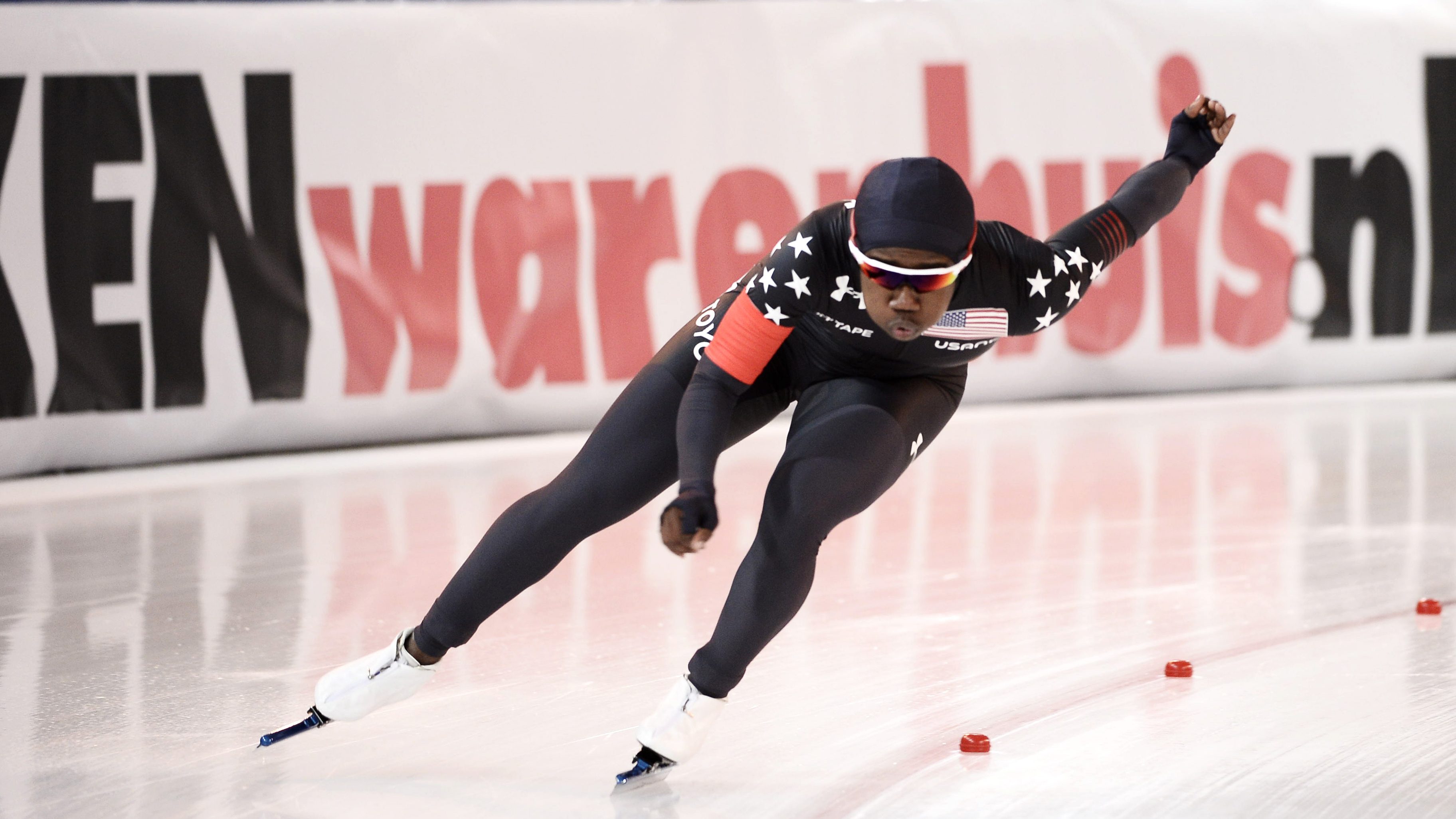 Erin Jackson, of the United States, in action in the women's 500m race during world cup skating at the Sørmarka Arena in Stavanger, Norway, Saturday, Nov. 20, 2021. (Carina Johansen/NTB via AP)

Jackson earned her third victory of the season over Kodaira, having beaten her twice at the season-opening meet in Poland a week ago when the 29-year-old from Ocala, Florida, became the first Black woman to win a World Cup speedskating race.

Jackson switched to the ice from inline skating and roller derby. She became the first Black woman to qualify for a U.S. Olympic long-track speedskating team in 2018, just four months after taking up the sport.