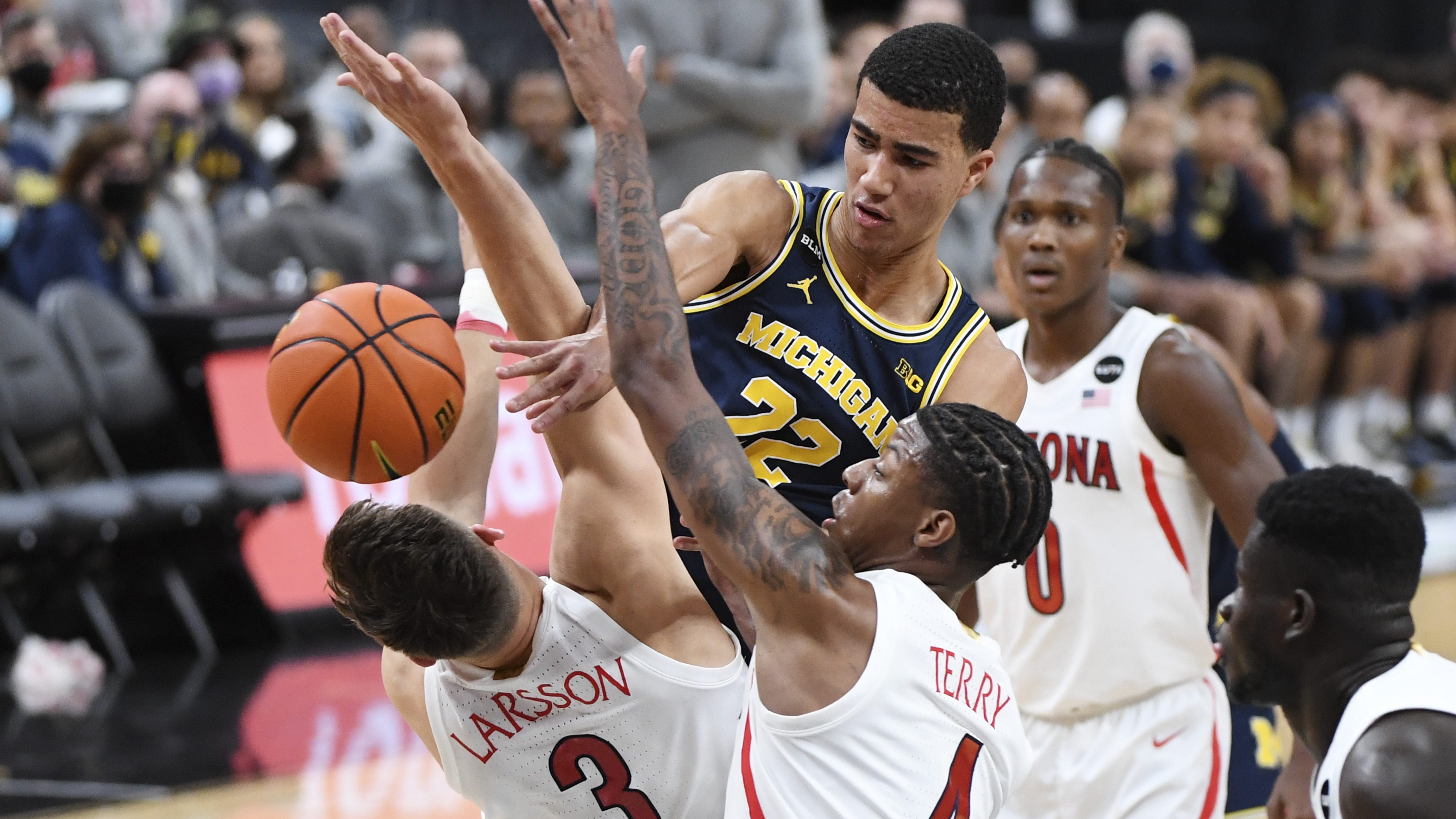 LAS VEGAS (AP) — Christian Koloko had 22 points, seven rebounds and four blocked shots in leading Arizona to a dominating 80-62 win over No. 4 Michigan on Sunday night in the Roman Main Event.

The Wildcats (5-0) had to grind out a win over Wichita State on Friday in their first true test of the season. They put together an impressive all-around performance in another measuring-stick game, leaving a top-five team in the desert dust.

Arizona was active defensively all night and used its free-flowing movement on offense to set up easy shots. The Wildcats made 4-of-21 from 3, but hit 64% of its 2-point shots, including several alley-oops or point-blank baskets off penetration.

Michigan bounced back from a two-point home loss to Seton Hall with a 13-point win over UNLV on Friday. The Wolverines (4-2) couldn’t back it up on Sunday, struggling against Arizona’s length inside and quick hands in passing lanes, leading to transition opportunities for the Wildcats.

Michigan also couldn’t get anything to fall from the perimeter, shooting 1 of 14 from 3. Eli Brooks led the Wolverines with 14 points.

Arizona rolled through its first four games under new coach Tommy Lloyd, looking a bit like the Gonzaga program he help build.

The Wildcats have been superb at sharing the ball with nearly 22 assists per game. They’ve also been excellent on defense, holding teams to 29% shooting while averaging 8.2 blocked shots per game.

Koloko triggered one break with a block that led to an alley-oop from Dalen Terry to Mathurin, then Mathurin found Koloko for an alley-oop after beating his man off the dribble. Arizona had 11 assists on 17 made shots for a37-29 halftime lead.

The Wolverines didn’t help themselves with some careless turnovers — 10 in the first half — and ill-advised shots, missing all seven of their first-half 3-point attempts.

Arizona poured it on to start the second half, hitting its first nine shots to push the lead to 62-45. Michigan cut down on the turnovers in the second half (five), but continued to struggle shooting from the perimeter, going 1 for 7.

Michigan: The Wolverines may have Final Four aspirations in their third season under coach Juwan Howard, but there’s plenty of work to do if they’re going to get there.

Arizona: The Wildcats may be better than the predictions under Lloyd. They’re long, quick on defensive and have several options offensively. Arizona will likely crack the next AP Top 25.