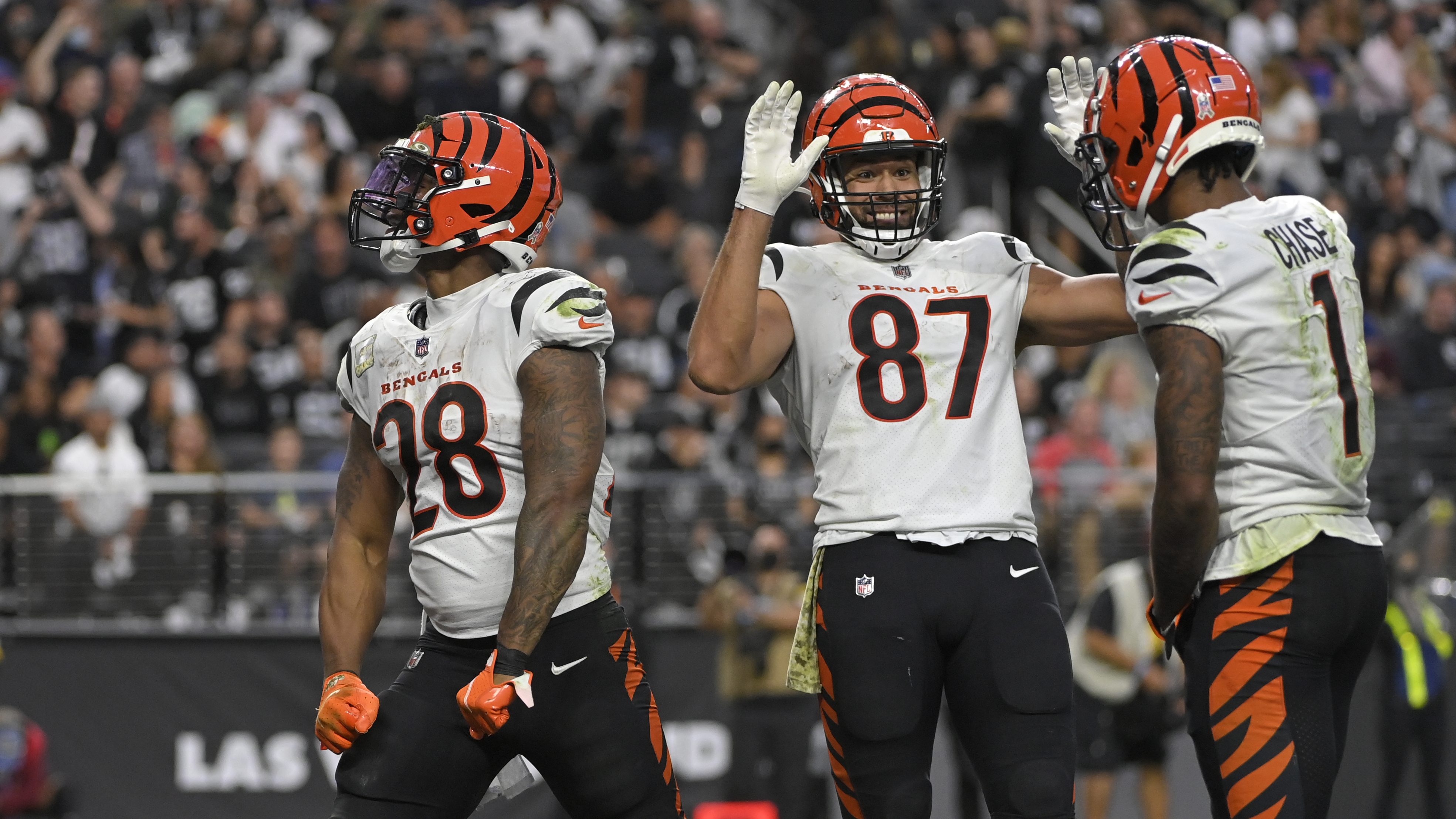 The well-rested Bengals (6-4) came out of their bye week and snapped a two-game skid to climb back into the AFC North race, while the Raiders (5-5) lost their third straight since their bye week when they led the AFC West.

Joe Burrow was 20 of 29 for 148 yards and threw one touchdown for Cincinnati, while Offensive Rookie of the Year candidate Ja’Marr Chase hauled in three passes, including one TD. Chase leads all rookies with eight touchdowns this season.

Meanwhile, Cincinnati’s defense limited the Raiders to 278 yards, the second time the Bengals held an opponent to fewer than 300 yards in a game. It was the third-lowest tally for Las Vegas this season.

Raiders quarterback Derek Carr finished 19 of 27 for 215 yards, one touchdown and one interception. Tight end Darren Waller caught seven passes for 116 yards, while his backup Foster Moreau’s lone catch was a 19-yard touchdown.

Las Vegas failed to convert on its first six third-down attempts —a stretch of 14 straight over two games from last week’s loss to Kansas City — until Carr hit Hunter Renfrow for 8 yards on a third-and-2 with two minutes left in the game.

A conversion too late, as it turned out, as Carr was sacked on the next two plays, fumbled on the second one, and watched the Bengals wrap up the win.

The Raiders have been outscored 96-43 since their bye week.

Things started off well for the Raiders after Yannick Ngakoue gifted the offense when his strip-sack fumble on the Bengals’ first drive ended up in the hands of Dallin Leavitt, who returned the ball 32 yards to the Cincinnati 9-yard-line.

But the Raiders, who entered Week 11 ranked 26th in converting red zone opportunities into touchdowns, mustered just 1 yard on their opening drive and settled for a field goal.

Trailing 6-3, the Bengals took advantage of two penalties on the Raiders defense and went 72 yards in 12 plays, culminating with an 11-yard touchdown run by Mixon.

After 53- and 51-yard field goals by McPherson, the Raiders finally found the end zone early in the fourth quarter, when Carr found Moreau for a 19-yard TD strike to get Las Vegas within 16-13.

After Chase’s touchdown made it 22-13, Carr was intercepted by Eli Apple and two plays later Mixon added the exclamation point with a 20-yard run to the end zone that put the game out of reach.

Las Vegas: at Dallas on Thanksgiving.