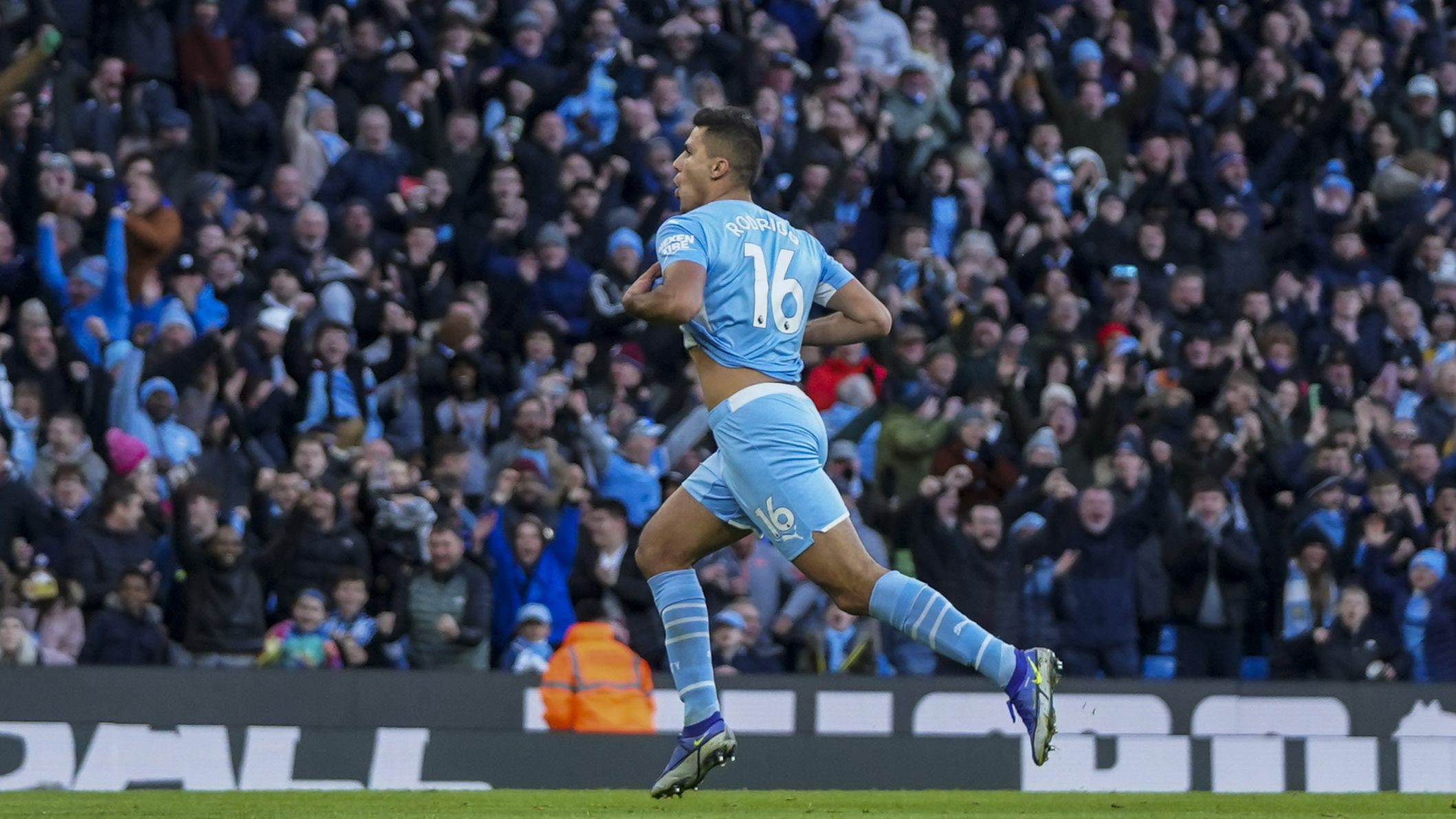 MANCHESTER, England (AP) — Joao Cancelo’s latest brilliant assist and a long-range thunderbolt from Rodri led Manchester City to a 3-0 win over Everton in the Premier League, lifting the defending champions back to within three points of leader Chelsea on Sunday.

Raheem Sterling was the recipient of an outside-of-the-foot pass by Cancelo that pierced Everton’s defense, with the England winger providing a sidefooted finish into the corner in the 44th minute.

Cancelo is proving to be City’s biggest creative threat at the moment. Before the latest international break, he set up three goals in a Champions League match and another two a few days later in the Manchester derby.

Rodri, the Spain defensive midfielder, slammed home a shot from 30 yards (meters) after the ball ran free to make it 2-0 in the 55th minute.

Bernardo Silva completed a routine victory in the 86th by slotting home from close range after Cole Palmer, an academy product who made his first start in the Premier League, had a shot blocked.

It was a strong response by City to big wins by title rivals Chelsea and Liverpool on Saturday over Leicester and Arsenal, respectively.