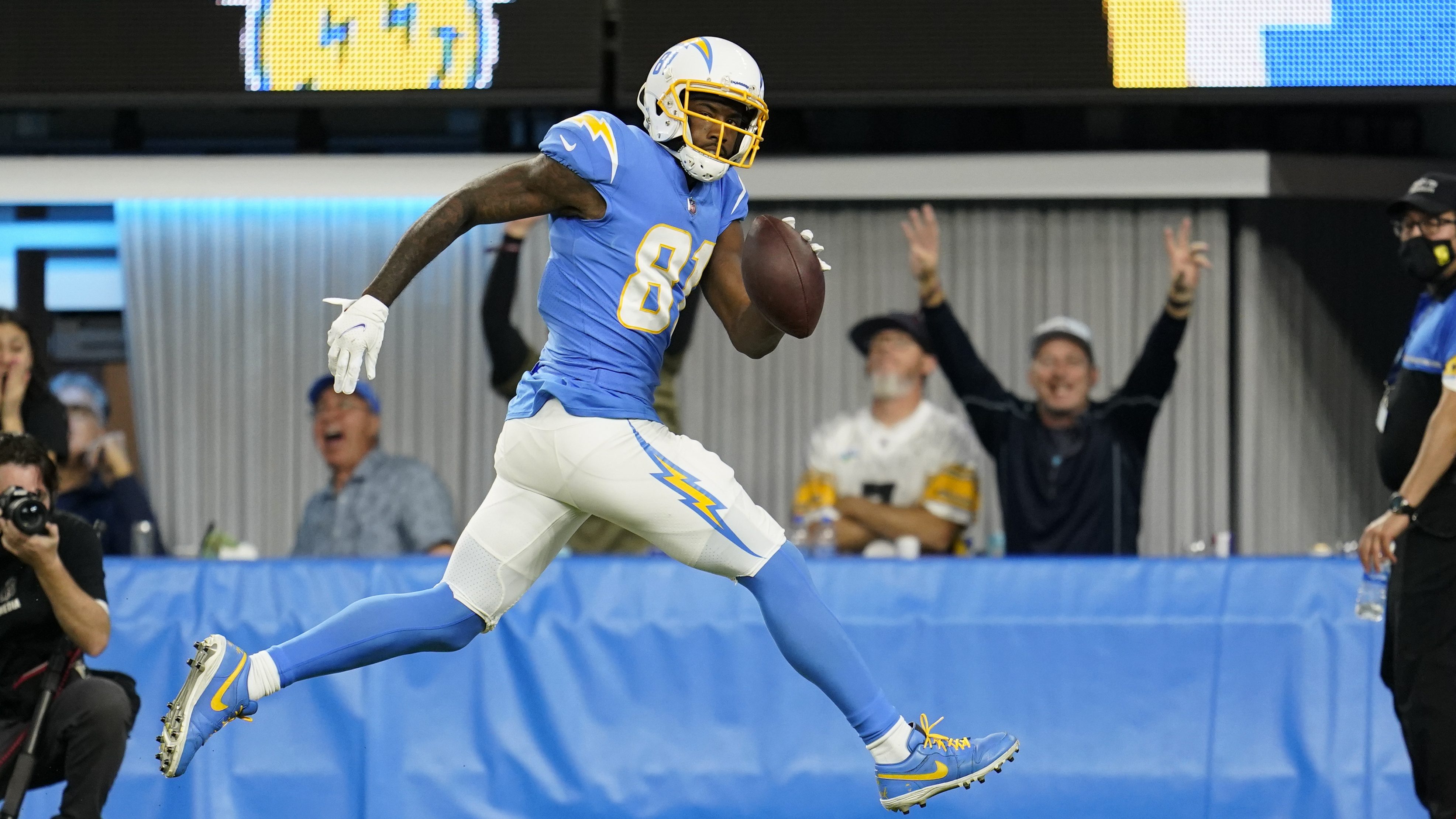 Los Angeles (6-4) had a 27-10 lead going into the fourth quarter before the Steelers (5-4-1) rallied to take a 37-34 lead on Chris Boswell’s 45-yard field goal with 3:24 left. Los Angeles took over at the 25 and scored four plays later when Williams was wide open and went untouched up the left sideline.

Herbert was 30 of 41 for 382 yards and three touchdowns. He had 90 yards rushing, which is the most by a Chargers quarterback in a game. Keenan Allen had nine receptions for 112 yards, and Williams had 97 yards on five catches.

Austin Ekeler scored a career-high four touchdowns. Ekeler, who had 115 scrimmage yards (65 receiving, 50 rushing), is the ninth player in the Super Bowl era with at least two rushing and two receiving scores in a game.

Ben Roethlisberger passed for 273 yards and three touchdowns for Pittsburgh after missing last week’s game against Detroit after testing positive for COVID-19.

Diontae Johnson had seven catches for 101 yards. Najee Harris was held to 39 yards and a TD

Two of Pittsburgh’s scores during its rally came off Chargers’ mistakes. Harris scored on a 1-yard run to get the Steelers to 27-20, four plays after Miles Killebrew blocked Ty Long’s punt and it rolled out of bounds at the LA 3.

Ekeler put the Chargers back up by two scores with his fourth score of the game before the Steelers scored 17 straight points to take the lead. Roethlisberger connected with Eric Ebron for a 5-yard TD to draw them ton 34-27. On the ensuing drive, Cameron Sutton picked off Herbert’s pass intended for Allen and returned it to the 10. Pat Freiermuth tied it three plays later on a 5-yard TD run.

Ekeler extended the lead to 14-3 with 3:42 remaining in the second quarter with a 10-yard reception on a check-down from Herbert. His best play of the night though came on his third TD, when he took a screen from Herbert, juked Steelers’ cornerback James Pierre, broke a tackle by Terrell Edmunds and then dragged Taco Charlton the last 3 yards into the end zone to make it 24-10 three minutes into the third quarter.

The Steelers were on the verge of taking the lead on their second drive. They had first-and-goal at the 5 and got to the 2 but could not score. Roethlisberger completed a pass to Friermuth on fourth-and-goal but was stopped by Derwin James and Joe Gaziano for no gain.

Steelers: G JC Hassenauer suffered a shoulder injury during the first half and did not return. … CB Maulet was evaluated for a concussion during the fourth quarter.

Steelers: At Cincinnati on Sunday.

Chargers: At Denver on Sunday.