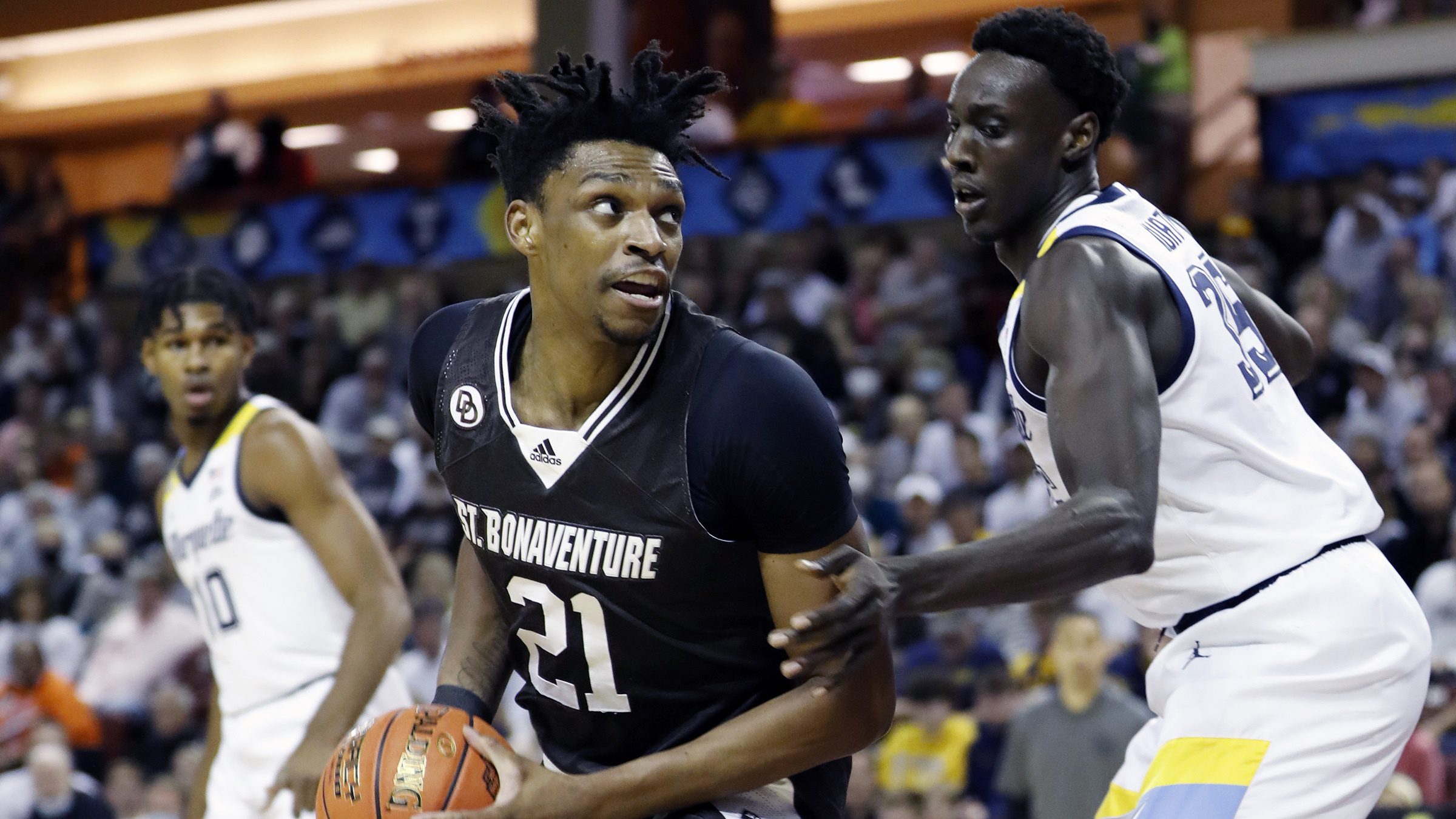 St. Bonaventure's Osun Osunniyi (21) looks for a shot over the defense of Marquette's Kur Kuath (35) in the first half of an NCAA college basketball game at the Charleston Classic finals in Charleston, S.C., Sunday, Nov. 21, 2021. (AP Photo/Mic Smith)

Osunniyi — who went into the game as the NCAA’s active leader in blocks per game (2.73) and had four on Sunday — made 8 of 10 from the field. Jalen Adaway had 14 points on 7-of-11 shooting and Kyle Lofton added 12 points, four assists and two steals.

Marquette missed its first nine field-goal attempts in the second half as Holmes and Adaway scored six points apiece in a 16-2 run that gave St. Bonaventure (5-0) a 49-27 lead with 13 minutes to go. The Bonnies led by double figures the rest of the way.

Osunniyi and Adaway had back-to-back dunks to give St. Bonaventure (5-0) the lead for good at 17-15 midway through the first half and then scored 10 of the last 13 before the break to make it 33-25 at halftime.

Darryl Morsell, a graduate transfer from Maryland who came in averaging a team-leading 20.2 points on 54.5% shooting, scored a season-low three points for the Golden Eagles, going 0 for 8 from the field.