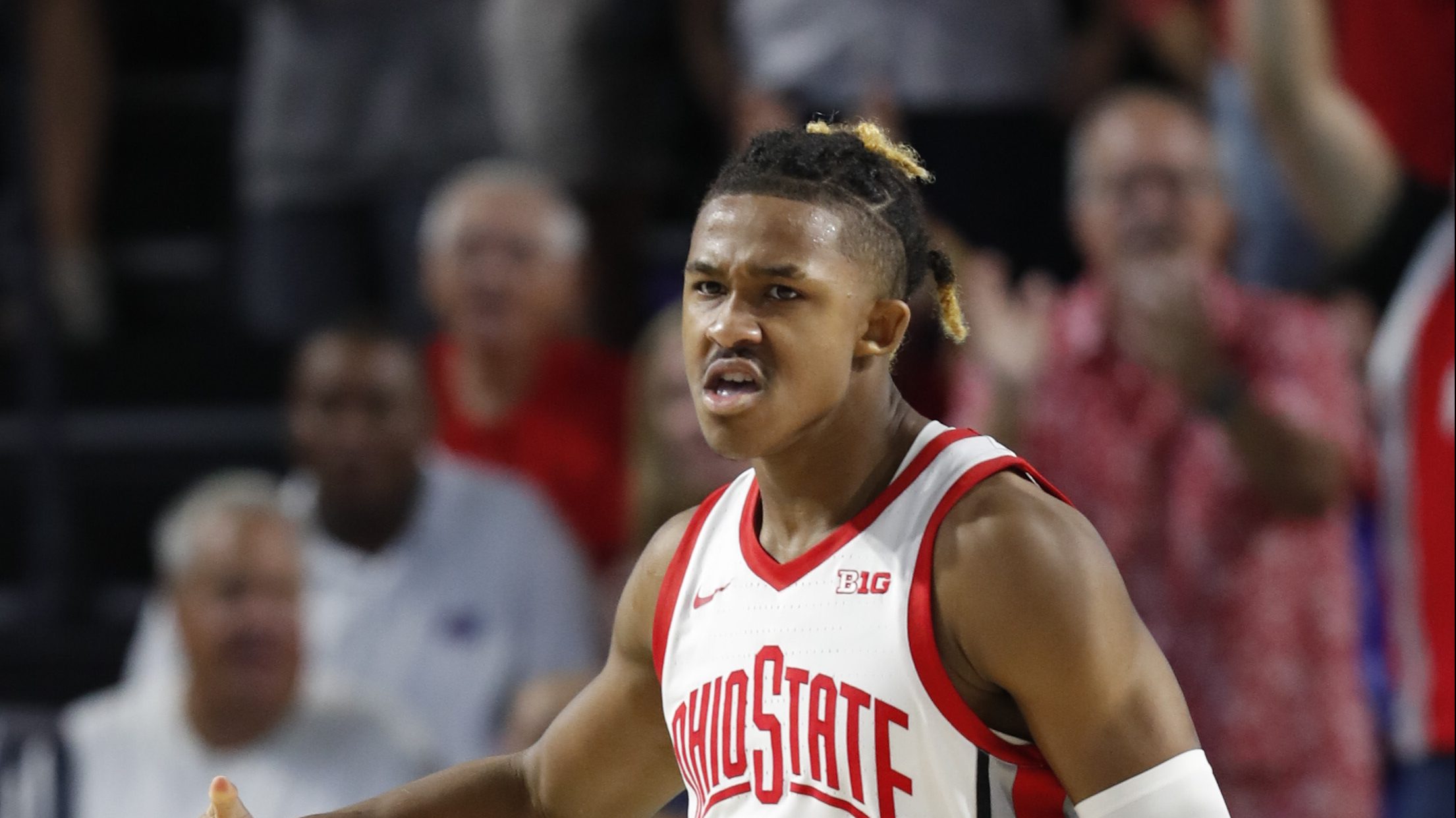 Seton Hall guard Jamir Harris stole it and raced for a fast-break layup to tie it at 76 with 15.9 seconds left. Ohio State elected not to call a timeout and Johnson made his team’s 11th 3-pointer — from NBA range.

Seton Hall got it to Tyrese Samuel for a decent look at the buzzer but it bounced hard off the backboard.

E.J. Liddell led Ohio State (4-1) with 28 points, making all 10 of his free throws and shooting 8 of 17 from the floor. Justin Ahrens scored 11 of his 17 points in the first half and Kyle Young had 12 points and eight rebounds. Johnson was 2 of 5 from the field for eight points.

Rhoden finished with a career-high 29 points for Seton Hall (3-1), which was coming off a 67-65 win over No. 4 Michigan. Bryce Aiken added 16 points and Ike Obiagu had three blocks.

After calling a timeout with 50 seconds left, trailing 76-74, Seton Hall turned it over for just the eighth time when Rhoden’s foot touched the midcourt line. Liddell had a good look at a 3-pointer at the other end, but it was short and he grabbed his own rebound before turning it over.

The lights went out temporarily at the Suncoast Credit Union Arena with 8:59 left in the first half. Myles Cale had just made a fast-break layup following a steal to give Seton Hall a 24-19 lead. He landed awkwardly after the basket and stayed on the floor for an extended period before jogging back to the bench. The lights came back on about five minutes later.

Ohio State coach Chris Holtmann was called for a technical foul with 7:53 remaining for arguing with an official, and Aiken made two free throws to pull Seton Hall within 63-61. It was the closest the Pirates had been since 28-26.