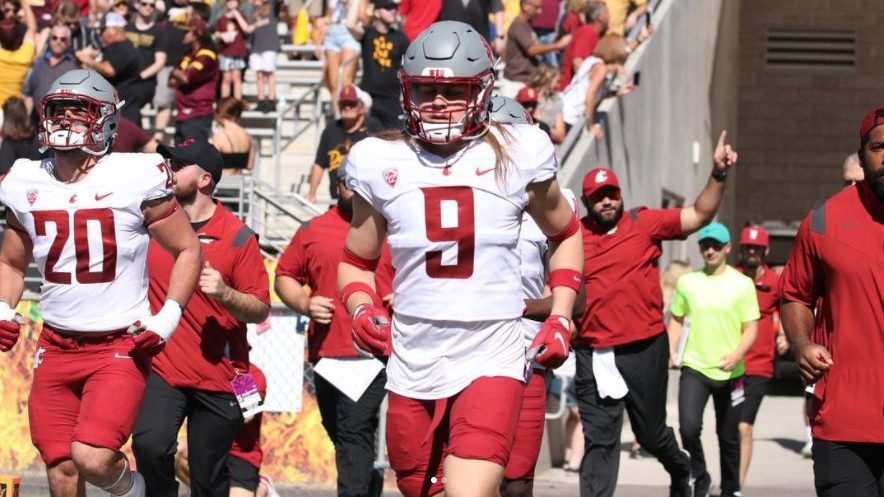 PULLMAN, Wash. — Ben Wilson transferred to play football for his home state, Washington State University Cougars, for his senior season after three seasons at Texas Christian University (TCU). Before I talk about the move, let me give you some context into his football career.

Wilson grew up in Lake Tapps, Washington. He went to Sumner High School in nearby Sumner and was a standout linebacker and (occasional) running back on their football team. The 6-foot-2 linebacker made an immediate impact in his sophomore season. He made 181 tackles with 12 tackles for loss (TFLs). Three of those TFLs were sacks. He was recognized for his strong performance and named a first-team All-League linebacker.

Wilson only got better going into his junior season at Sumner High School. He recorded 201 tackles, 8.5 sacks and two interceptions. He was again named an All-League linebacker and was named an All-Area first-team selection.

Wilson continued being productive in his senior season. He had 141 tackles, 11 TFLs and four interceptions. He also played on the offensive side at running back that year and had an arguably more productive season there. He ran for 1,259 yards and 20 touchdowns. His efforts on both sides of the ball helped lead his team to a 10-3 record. He was named All-State by The Tacoma News Tribune and The Seattle Times. He was also named an All-League linebacker for the third time and an All-Area first-team selection for the second time.

Wilson was ranked a four-star prospect after his senior season, the fifth overall prospect in Washington and the number one ranked inside linebacker in his state. He chose to attend TCU where he played as a true freshman. He made an immediate impact in his first game. He recorded two tackles and had a fumble recovery on punt coverage. I would like to say that his time at TCU went as well as that first game, but it did not. He finished his freshman season with five tackles in 12 games.

Wilson started his sophomore season on the injured list. He recorded 26 tackles in the last seven games of the season with one start. He began his junior season third on the depth chart at his position and was relegated to a special team’s role. He did block two punts, but he did not like his role at TCU and decided to enter the transfer portal.

Wilson enrolled at Washington State in the spring semester of 2021 as a social science major and began playing on the practice squad. He was placed on the active roster for the 2021-22 season and has appeared in eight games. He has recorded three tackles, two of which came against Arizona State a couple of weeks ago. It is unclear what Wilson’s future holds, but it appears that he has found his place at Washington State.