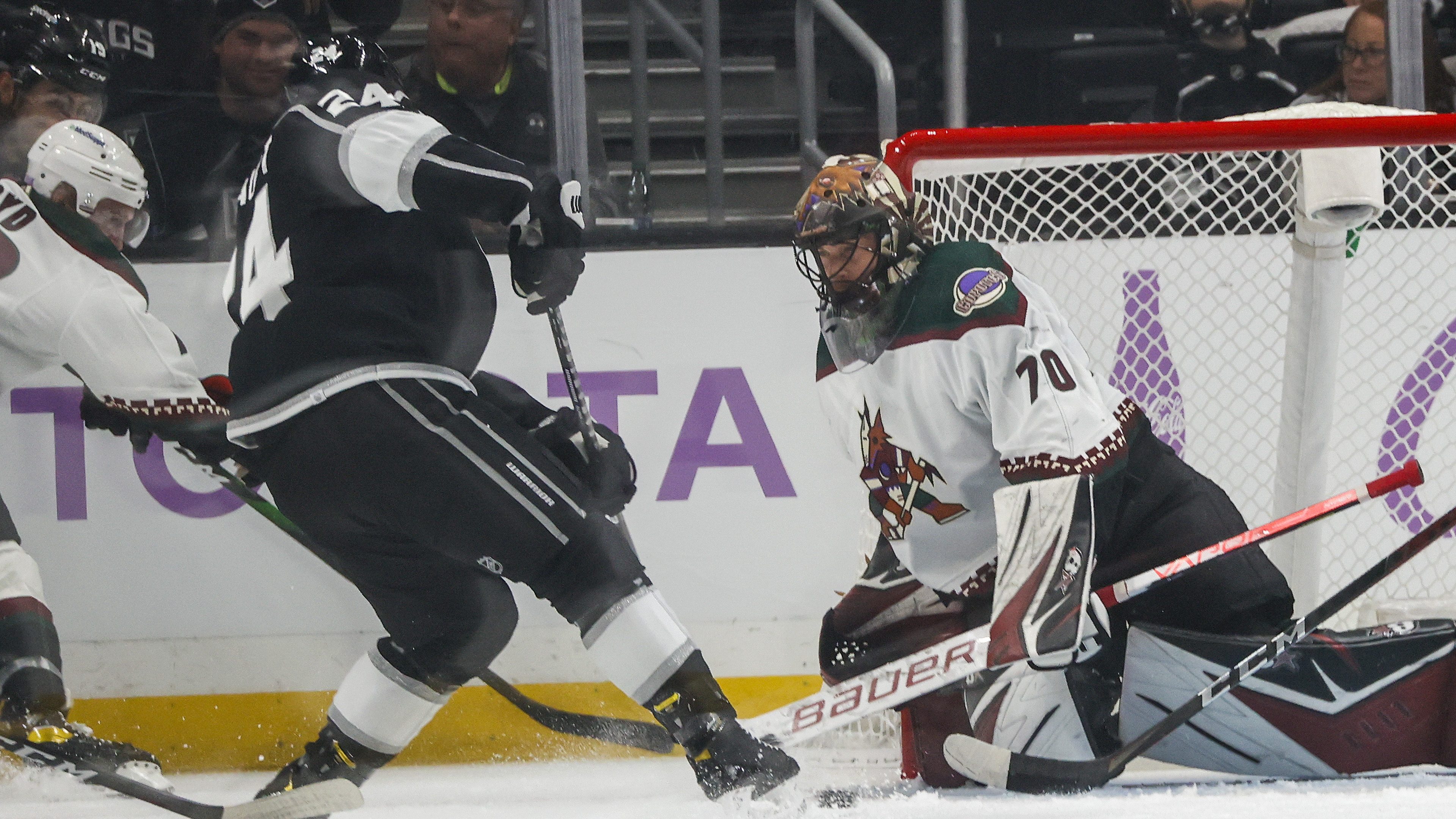 Travis Boyd had a goal and an assist for the Coyotes, who have won consecutive games for the first time this season. On Friday night at home, Clayton Keller scored 25 seconds into overtime to give the Coyotes a 2-1 comeback victory over Detroit.

Brendan Lemieux scored for the Kings, who have lost four straight following a seven-game winning streak. Jonathan Quick had 25 saves.

Capobianco won it with a wrist shot from the right circle, striking the crossbar on his second goal of the season. There wasn’t an initial call from the on-ice officials, and the Kings took the puck down the ice believing the game was still going.

Arizona tied it 1-all at 4:44 of the third period on Boyd’s third goal. He was at the edge of the crease to tap in Shayne Gostisbehere’s centering pass.

Gostisbehere has a team-leading 12 assists and 14 points.

Los Angeles was finally able to break through early in the second period, going in front on Lemieux’s one-timer in the right circle from Blake Lizotte at 5:38.

The fourth line of Lizotte, Lemieux and rookie Arthur Kaliyev has become something of a spark plug for Los Angeles lately, and their effort was evident as Lizotte was able to reclaim the puck from Alex Galchenyuk in the offensive zone to set up Lemieux’s fourth goal.

All of Lemieux’s scoring has come in the past six games, and Lizotte has one goal and three assists in the same span.

The Coyotes have been outscored 26-5 in the second period.

Vejmelka was busy throughout the game, and he had to start off by making 12 saves in a scoreless first period. Lemieux’s blistering shot was his lone blemish, getting his first victory after starting his career 0-9-1 through 12 games.