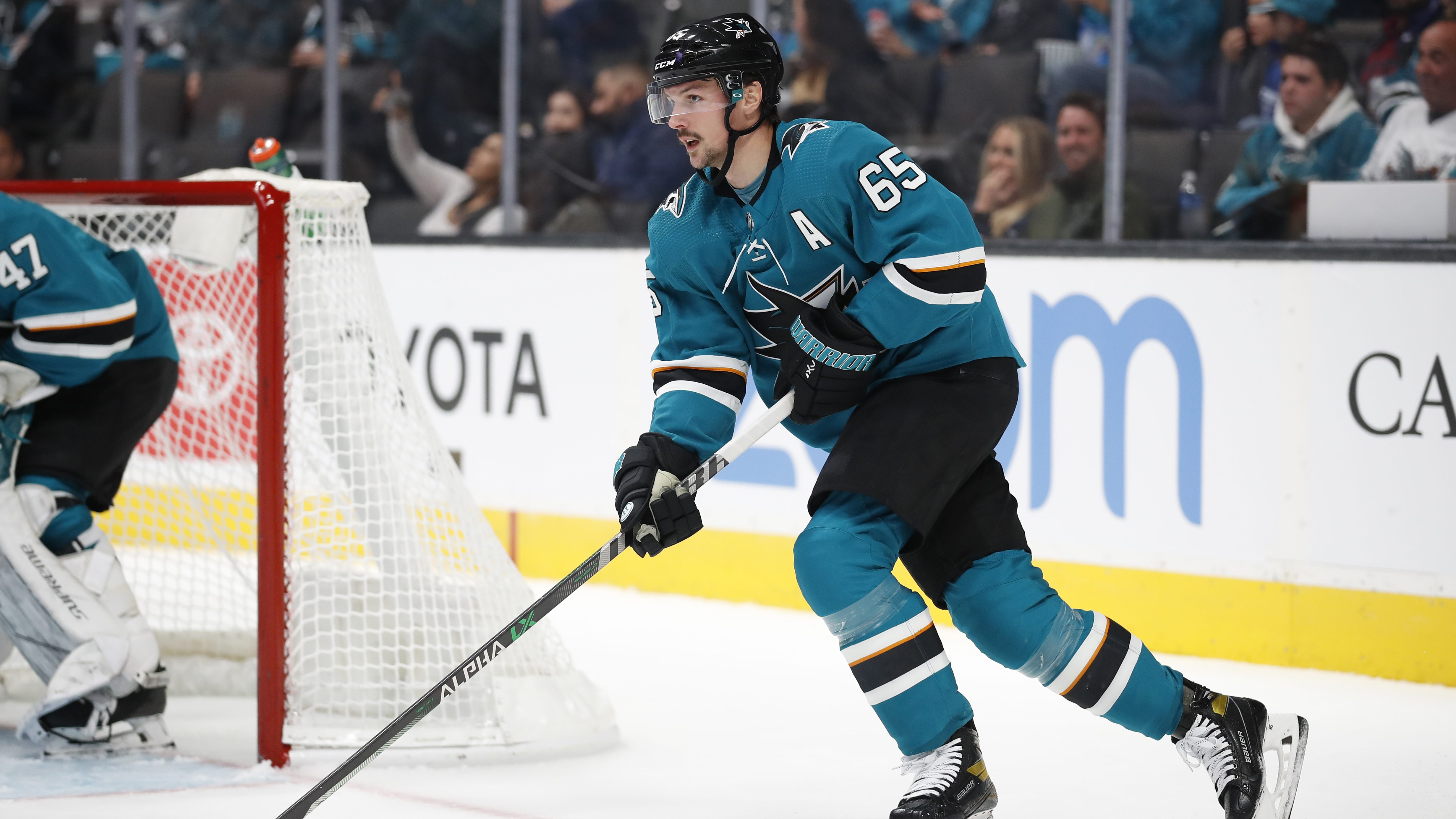 SAN JOSE, Calif. (AP) — Alexander Barabanov scored with 3:18 remaining in overtime and the San Jose Sharks handed Carolina its third loss of the season with a 2-1 victory over the Hurricanes on Monday night.

Kevin Labanc tied the game early in the third before Barabanov won just after a power play expired to give San Jose its second win in the past six games.

The Sharks went more than 135 minutes without a goal before breaking through late against Antti Raanta and the Hurricanes.

San Jose got its first power play of the game when Brett Pesce was sent off for tripping with 21.2 seconds left in regulation. The Sharks couldn’t convert until just after Pesce returned to the ice.

Tomas Hertl sent the puck to Barabanov, who was alone at the side of the net for the tap in that won it.

Carolina had won four straight road games and 14 of 16 overall on the season before blowing a third-period lead to San Jose.

Tony DeAngelo scored the lone goal for the Hurricanes and Raanta made 25 saves.

After a scoreless first period, the Hurricanes got on the board early in the second after the Sharks botched a two-on-one rush that didn’t even lead to a shot attempt.

Carolina went back the other way and DeAngelo had his shot from the top circle blocked by Mario Ferraro. The puck then made its way back to Ferraro, who inadvertently deflected it right to DeAngelo, who didn’t miss this time and beat Reimer for his fourth goal.

After a few good chances for San Jose were thwarted by Raanta in the second, Labanc broke through in the third with a wrister from the circle that snapped San Jose’s long scoreless streak. It was Labanc’s first even-strength point of the season.

Hurricanes defenseman Ethan Bear tested positive for COVID-19 on Monday and will be sidelined. The team said he will continue to be monitored under the league protocols.

The Sharks called up forward Scott Reedy from the AHL to make his NHL debut. Reedy had eight goals and four assists in 12 games in the minors. He gets his shot with Jonathan Dahlen day to day with an upper-body injury.

Reedy is the seventh Sharks player to make his NHL debut this season.