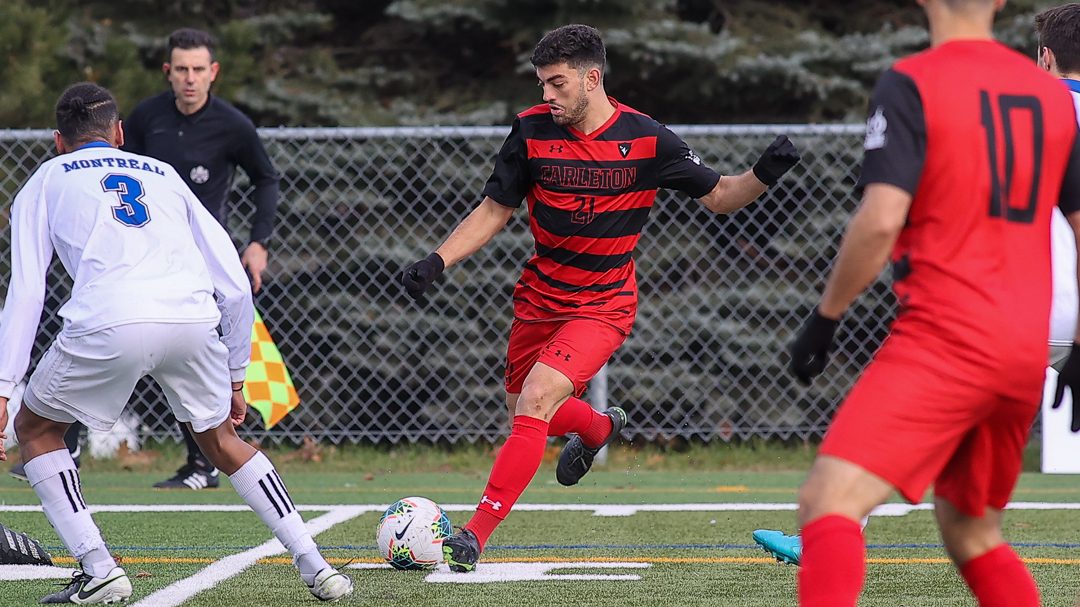 OTTAWA, Ontario — It was a weekend of extreme highs and lows for the Carleton Ravens men’s soccer team to end their season. The team made it to the finals of the USports Canadian Championship only to fall to the University of Montreal Carabins in penalty kicks.

In a wild finish, Montreal tied the game at 1-1 in the 90th minute. In extra time, Montreal took a 2-1 lead in the 114th minute, but Carleton’s Daniel Assaf scored in the 120th minute to send the game to penalty kicks. Montreal prevailed 5-4 in penalties to take their second ever USports Men’s Soccer Championship.

After the game, Ravens head coach Kwesi Loney had high praise for the way his team played throughout the tournament.

“Really proud of my players, the fight to the very last whistle,” Loney said. “The last couple days the emotions of the game kind of caught up to us. I think we gave it our best shot.”

The Ravens had a solid season in the OUA, finishing second in the OUA East with a record of 7-1-2. In the OUA Championship, the Ravens made it to the semifinals before losing to the Guelph Gryphons. The Ravens then turned their attention to the USports Championship and went on a magical run.

All three of Carleton’s games went to extra time in the tournament. Their quarterfinal match against University of British Columbia was won in penalty kicks. In the semifinal, the Ravens surrendered goals in the 88th and 92nd minutes against the Cape Breton Capers. The Ravens managed to survive with a goal by Ricky Comba in the 106th minute. Their luck simply ran out against the Carabins.

After a long season and a long tournament, Coach Loney knows his players are tired. He also knows they never gave up during the dramatic end of their season.

“Me standing on the sideline I’m exhausted, I can only imagine what they felt like,” he said. “But every minute of every game they kept fighting. That’s something you can carry forward. You can look back on it and say, ‘Yeah, the result isn’t the result we wanted, but the lessons I’ve learned will make me a better person for society and help me get forward.’”

Coach Loney says the men on his team can hold their heads high after their season.

“The game doesn’t define them,” he said. “I hope they take these moments and use them as life lessons. And then apply them, whether that be in their work, in their families as they grow as young men. I think the resiliency that we showed is something you can carry forward the rest of your life.”