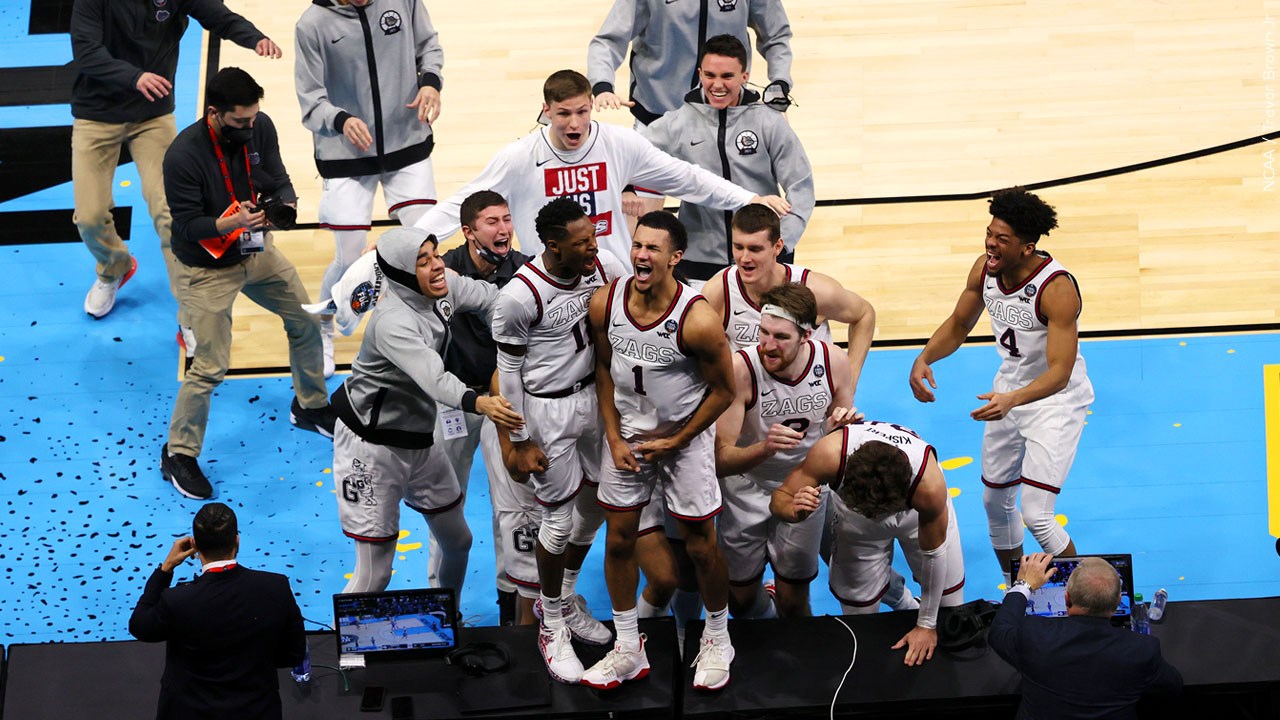 SPOKANE, Wash. — Fans of college basketball can rejoice! The season is back and after a long two years it feels as if the NCAA is in a position to provide highly entertaining games with even higher stakes.

Last season’s champion, the Baylor Bears, cannot have anything taken away from them. They were the 2020-21 NCAA Champions but of the more recent teams to have won the March Madness tournament, they would have to be one of the more forgettable teams.

The season prior there was no March Madness at all due to COVID-19, so fans were without a champion for 2019-20. Couple that with a strange season in college basketball where most casual fans do not know that Baylor won it all, and you get millions of college basketball fans on the edge of their seats, ready to enjoy the game as they used to.

One team in particular to keep an eye on this season would be the Bulldogs of Gonzaga. Currently ranked No. 1 in the nation, Gonzaga is yet again proving to be a powerhouse in college basketball. They are 5-0 after their most recent win over Central Michigan and are gearing up for an immense matchup with No. 2 ranked (and undefeated) UCLA. That game will be played Tuesday night on ESPN at 10 p.m. EST.

According to ESPN’s Basketball Power Index, Gonzaga has a 51.3% chance of winning this game which means this should shape up to be the best early-season game so far. T-Mobile Arena in Las Vegas, Nevada, will host this tremendous game, which adds an extra layer of excitement. A neutral site in college sports is very much a game-changer. When playing at home, there is the crowd of thousands supporting one team more-so than the other. But at neutral sites there is usually more of a 50/50 split when it comes to fans.

The interesting thing about Gonzaga is that they do not have a top-10 scorer, assister or rebounder. Nor are they in the top ten, as a team, in points per game and points allowed per game. This speaks to the depth of talent on this roster as well as the command head coach Mark Few has on this program.

First and foremost, Coach Few is one of the most underrated coaches in sports. He has been at the helm in Spokane since 1999 and in that time, he has led Gonzaga to a West Coast Conference championship every year but two. Not to mention he has a win percentage of 84%.

Now for his players. Few has eight players that average at least 15 minutes per game and four of those eight average 10 or more points per game. He constantly runs with a 10-man rotation and keeps his players fresh for the deep run he and the rest of the program expect them to make in the NCAA Tournament.

Two players to keep an eye on for the Zags:

Holmgren was the No. 1 ranked prospect on ESPN’s top 300 list and he has already lived up to the hype in his first five collegiate games. He is a 7-foot true freshman center from Minneapolis, Minnesota, and has played well enough to be one of three Bulldogs on the Wooden list for player of the year. Timme is also one of those three.