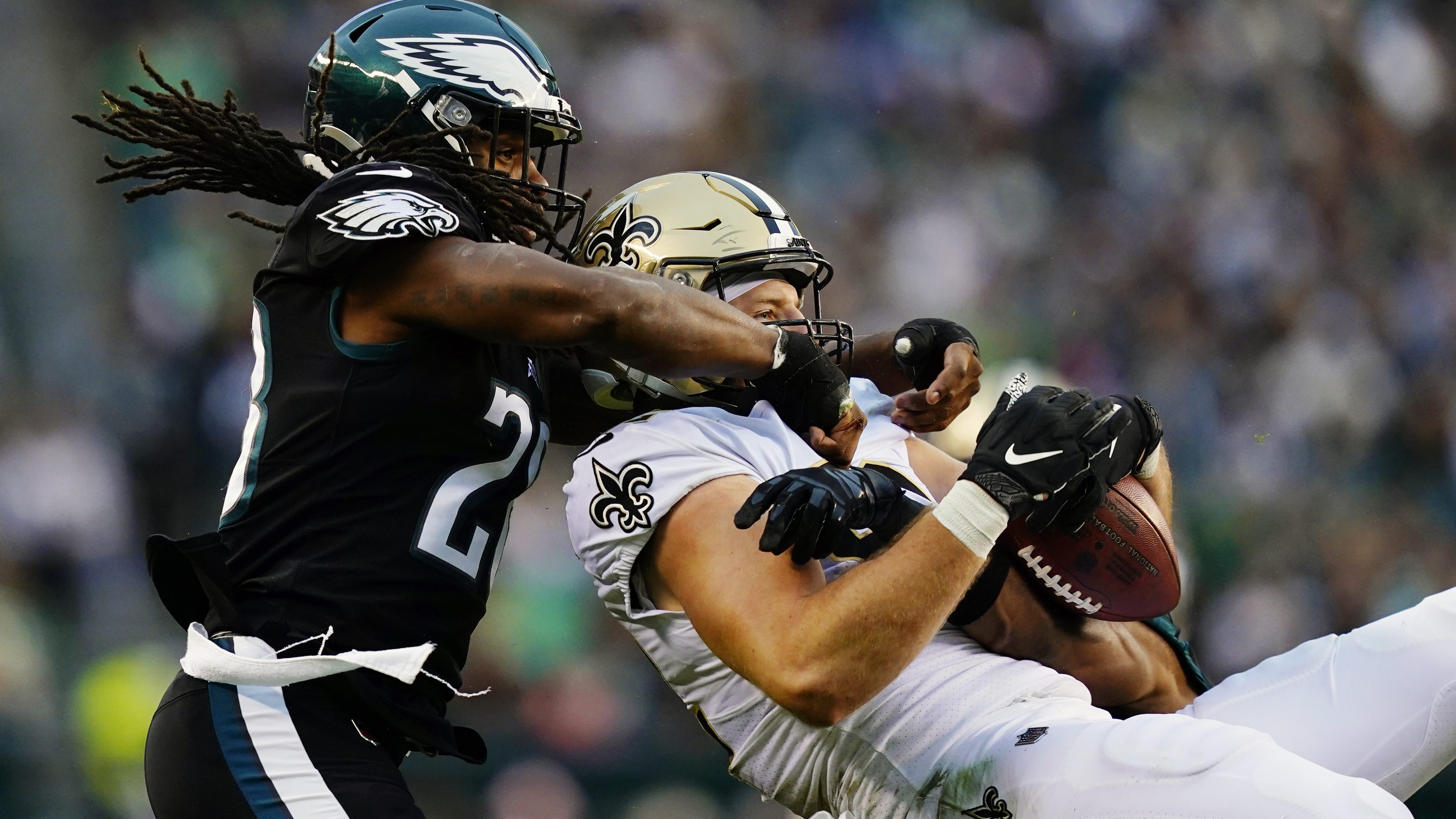 Trautman injured his knee and Young hurt his foot during Sunday’s loss to the Eagles in Philadelphia. Trautman was hurt while making a catch during what was his best game yet this season. He has five catches against the Eagles for 58 yards and a touchdown.

The injury to Young, who made his first start last weekend, further thins the ranks of an offensive line that is likely to be without starting left guard Andrus Peat for the rest of the season, and which last week played without starting tackles Ryan Ramzcyk and Terron Armstead.

Under this season’s NFL rules, players must miss a minimum of three games while on injured reserve. New Orleans has seven games left in the season.

The two newly open roster spots allowed the Saints to bring back defensive back Ken Crawley and receiver Kevin White, who were waived last week.

Meanwhile, New Orleans’ practice report on Tuesday continued to reflect the heavy toll recent injuries have taken on the lineup as New Orleans prepares to host Buffalo on Thursday night.

Davenport took the team lead in sacks this season with 5 1/2 after being in on 1 1/2 sacks at Philadelphia. But an ailing shoulder has kept him off the practice field this week. Kpassagnon, who has four sacks, sat out last week’s game with an ankle injury.