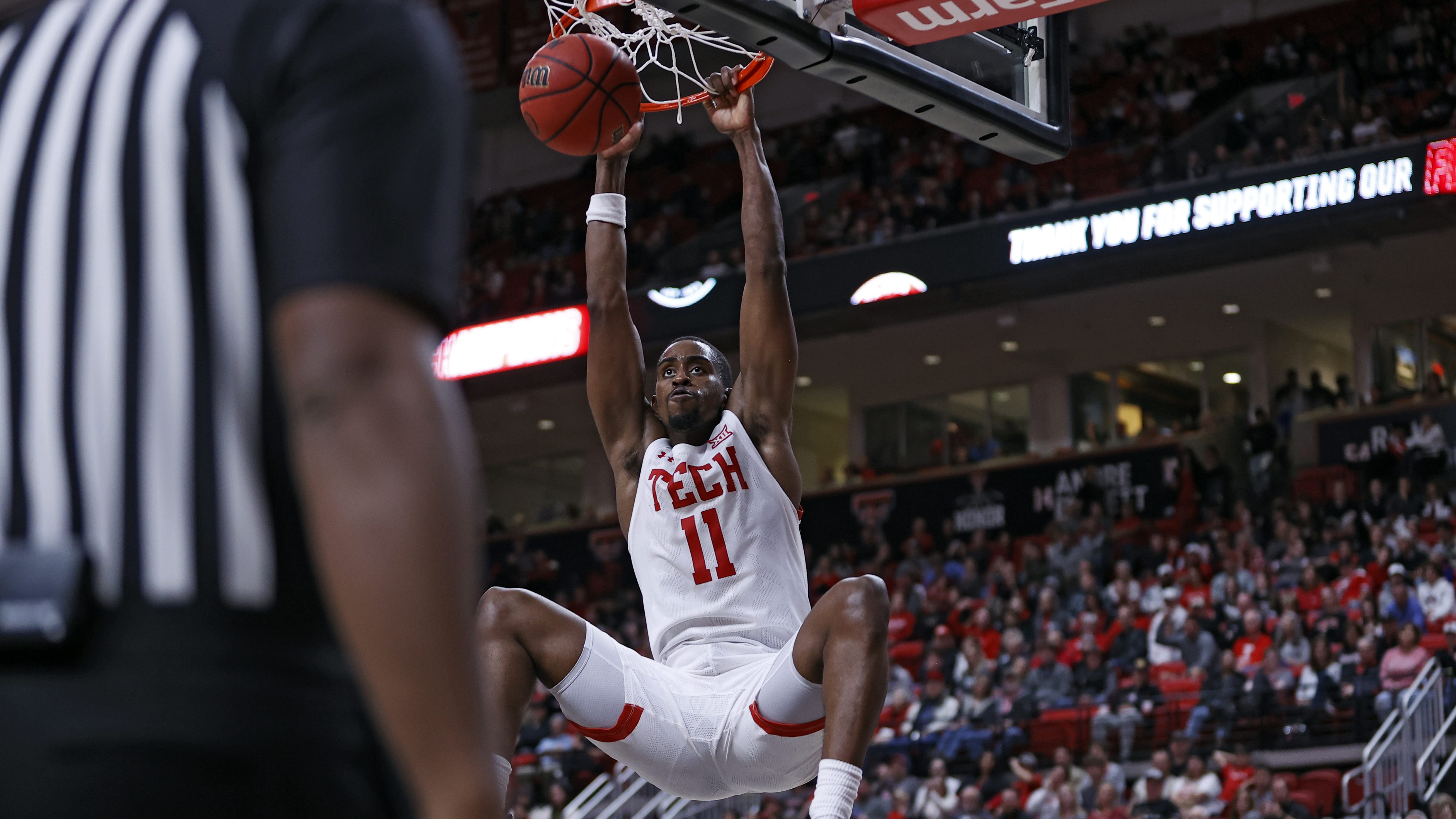 Texas Tech's Bryson Williams dunks during the first half of an NCAA college basketball game against Omaha on Tuesday, Nov. 23, 2021, in Lubbock, Texas. (Brad Tollefson/Lubbock Avalanche-Journal via AP)

The 56-point margin of victory ranks fifth in program history. The Red Raiders beat Nicholls State by 72 points in the 2002-03 season.

Shannon sank 6 of 11 shots — 3 of 4 from 3-point range — for the Red Raiders (5-0). Davion Warren added 14 points. Adonis Arms scored 10 points off the bench, while reserve Daniel Batcho had 10 rebounds and six assists.

Texas Tech played without Kevin McCullar — their leading rebounder and No. 3 scorer — because of a non-COVID-related illness. McCullar is averaging 15.3 points and 6.3 rebounds per game this season.