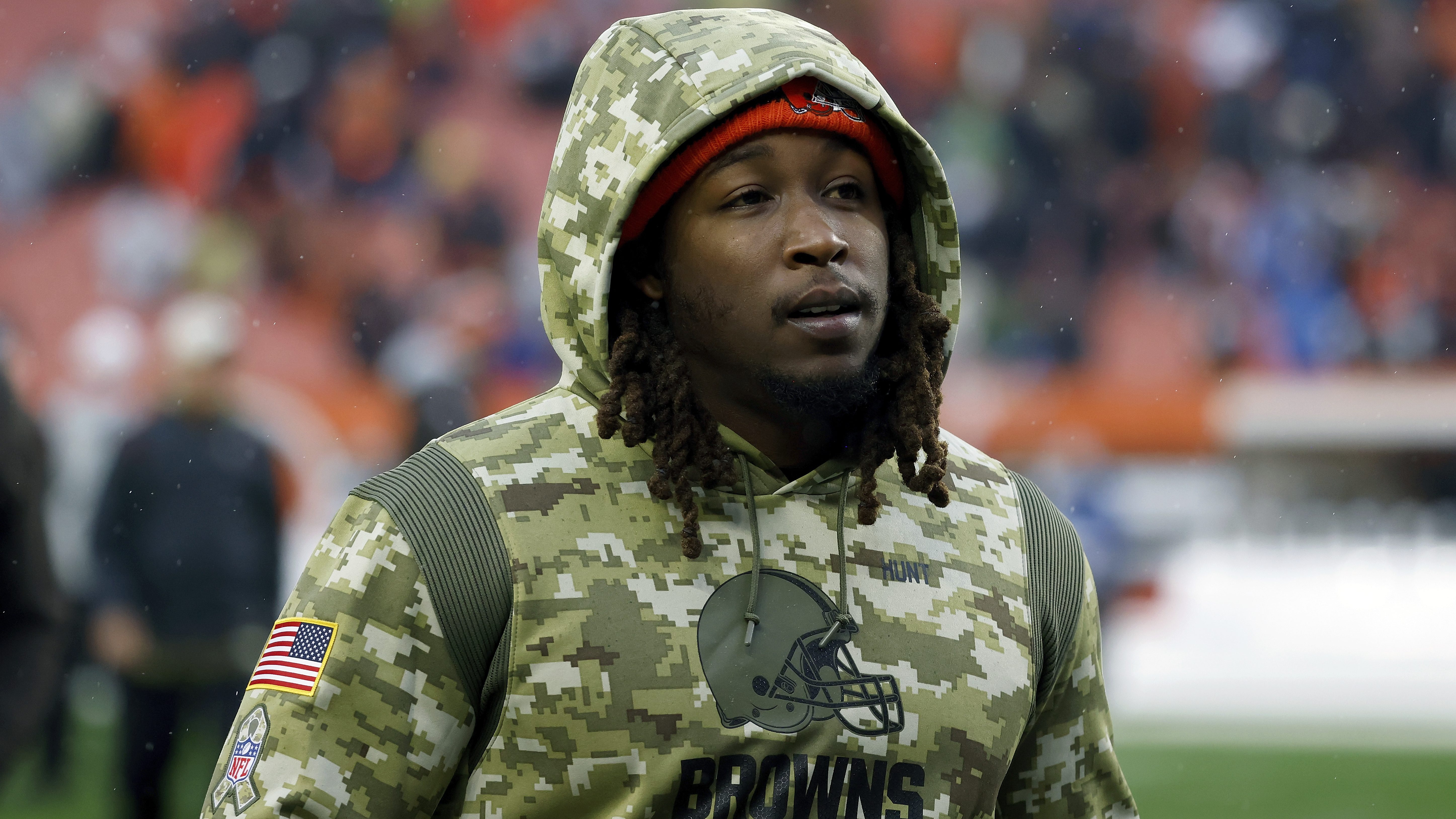 Cleveland Browns running back Kareem Hunt (27) walks off of the field after an NFL football game against the Detroit Lions, Sunday, Nov. 21, 2021, in Cleveland. Hunt and All-Pro starting right tackle Jack Conklin were designated for return from injured reserve and could play in this week's AFC North showdown against Baltimore. Hunt and Conklin will practice Wednesday, Nov. 24, 2021. (AP Photo/Kirk Irwin)

BEREA, Ohio (AP) — The Cleveland Browns could have two key offensive players back for Sunday’s AFC North showdown against Baltimore.

Dynamic running back Kareem Hunt and two-time All-Pro starting right tackle Jack Conklin were designated for return from injured reserve and could play against the division-leading Ravens.

Hunt and Conklin will practice Wednesday. The move doesn’t guarantee they’ll play this week, but it’s a positive sign as the Browns (6-5) head into their biggest game this season.

Hunt has missed five games with a calf injury, depriving quarterback Baker Mayfield and the Browns’ offense of one of its top playmakers. Cleveland scored 17 points or fewer in four of the five games Hunt missed.

Hunt rushed for 361 rushing yards and scored five touchdowns in the first six games. He also had 20 receptions for 161 yards.

Conklin sat out of the past three games with an elbow injury. His replacement, Blake Hance, who has played more on the inside, has struggled.

After visiting the Ravens on Sunday, the Browns will have their bye before hosting Baltimore on Dec. 12.