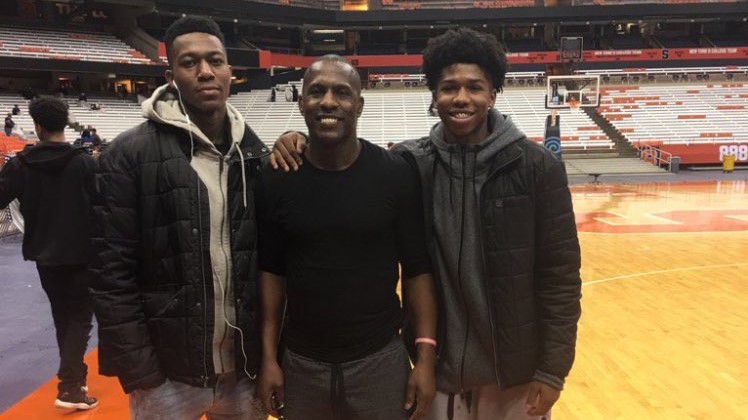 PHILADELPHIA — Khalif Battle, the younger brother to former Syracuse star Tyus Battle, had a standout year last season for the Temple Owls but he is not satisfied with how the season ended for them. Battle has gotten an extra year of eligibility and is currently in his third year for the Owls but still has a sophomore status for the team.

In the American Athletic Conference Tournament last season, the Owls had the ball down two points in the final seconds of the game. The ball was in Battle’s hands as he attacked the basket but then uncharacteristically dribbled the ball off of his foot to lose the game and eliminate the Owls ending their season. This is still a play that Battle thinks about, and he did especially during the long eight month offseason.

“The emotion is drive, the will that I don’t want to have that feeling again,” Battle said. “I felt like last year I let my teammates down and I’m just not trying to have that. So it was motivation all summer. It still affects me today, where I just want to keep – I can’t even put into words – how much I want to go back to that tournament and just win as many games as possible. I want to be holding that trophy at the end of the year. And I want to see my teammates and my coaches smiling because we know where we were and to see where we’re going to be at then. So that’s the feeling it brings.”

The way last season ended has Battle hungry for bigger things this year for both him and the Temple Owls. Battle was barely a top 100 prospect out of high school, ranked as the No. 99 prospect in his class. He then accepted a scholarship from the Butler Bulldogs but ultimately transferred to Temple after being used sparingly for Butler. At Butler he played just 11 minutes per game off of the bench and wanted a situation where he could show off his talents.

Battle has definitely found a home with the Owls at Temple. Last year, he averaged 15 points per game and so far in this early season he has averaged almost 18. This Temple team is led by Battle as they will look to make the NCAA Tournament for the first time since 2019 and the first time in head coach Aaron McKie’s tenure.

McKie wants the team to focus more on defense as Battle can score with the best of them, but that won’t be enough if they keep giving up so many points to opposing offenses.

“We didn’t get it done,” McKie said. “It’s a really good team and they play well together. They play connected. They shared it, and as a result they had a lot of easy baskets from ball movement and man movement, which is something we desperately need to do. I’ve seen us do it. We’re capable of doing it. We just haven’t done it up to this point.”

Defense will be key for the Temple Owls, but offense is what could potentially get Battle drafted come the 2022 NBA draft. His game fits the NBA style and the rest of the season will be pivotal for Battle to show he has what it takes.