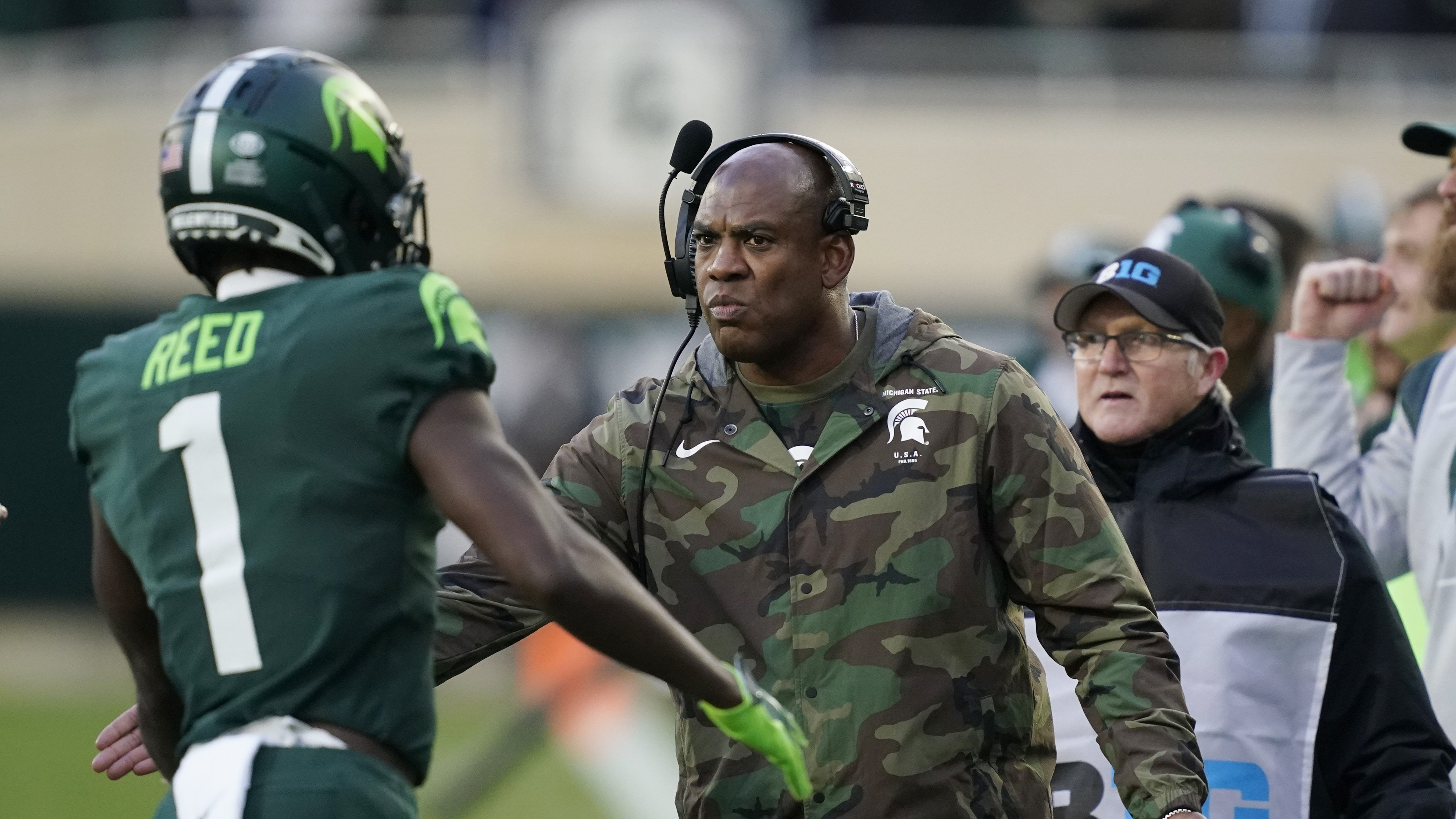 Michigan State is giving Mel Tucker a $95 million, 10-year contract, making an aggressive move to keep a football coach who potentially could have left for LSU or the NFL.

“I am honored to be a part of the Spartan process today, and for years to come,” Tucker wrote Wednesday in a post on Twitter.

Tucker’s contract establishes him one of the riches coaches in college football.

Only Alabama’s Nick Saban, one of his mentors, who makes $9,753,221 a year, is paid more on an annual basis, according to the USA Today coaches’ salaries database.

Tucker’s 10-year deal puts him in select company with two coaches with the same term: Clemson’s Dabo Swinney and Texas A&M’s Jimbo Fisher. Swinney’s contract is worth $92 million and Fisher’s deal will pay him more than $9 plus million a year, starting in 2022.

Tucker’s deal that expires Jan. 15, 2032, will have a $5.9 million base salary, $3.2 million in supplemental compensation for media and personal appearances along with a $400,000 contingent annual bonus.

“We’re excited to have Mel here for the next 10 years,” United Wholesale Mortgage president and CEO Mat Ishbia, one of the donors funding Tucker’s new deal, told The Associated Press in a telephone interview. “He’s a winner. He represents Michigan State in a fantastic way and we’re excited for the future.

“We got a winner and we’re not letting a winner leave Michigan State. Mel didn’t want to leave, but the reality is he’s the hottest name in football.”

The 49-year-old Tucker is getting a boost in pay as part of a long-term deal because of what he has done so far, and what has happened in the past at Michigan State.

After winning just two games in his debut during the pandemic-shortened season, Tucker has led one of college football’s most surprising teams. The Spartans started the season unranked and overlooked and now have a chance to win 10 games and earn a spot in a New Year’s Six bowl game.

No. 2 Ohio State did show Tucker’s team how far it has to go in last week’s 56-7 win that ended the Spartans’ championship hopes.

Michigan State was very motivated to give Tucker every reason to stay after losing Saban to LSU in November of 1999.

“There was a time Michigan State had the best football and basketball coach with Nick Saban and Tom Izzo,” Ishbia told the AP. “Now, we have a chance to have the best coaching duo again in America and we’re going to pay Mel like he left.”

Tucker was a graduate assistant at Michigan State for Saban during the 1997 and 1978 seasons, when he made $400 a week and slept under a desk hoping the head coach would be impressed by his dedication.

Even before the championship-caliber program in Baton Rouge, Louisiana, announced it was parting ways with Ed Orgeron earlier this season, Tucker was mentioned as a candidate in part because he coached the Tigers’ defensive backs under Saban in 2000 and has an impressive resume with stints on staffs at Ohio State and Georgia.

Tucker’s ties to the NFL also made it likely that teams with coaching openings in the league would try to pry him away this winter. Tucker was 2-3 a decade ago as an interim coach in Jacksonville, where he was defensive coordinator, a role he also had with his hometown Cleveland Browns and Chicago over his 10 seasons on NFL sidelines.

While it is going to cost a lot of money to keep Tucker at Michigan State, the boost in pay is being provided as a gift from Ishbia and Steve St. Andre.

Ishbia was a walk-on guard on Tom Izzo’s 2000 national championship basketball team. Earlier this year, Ishbia made a $32 million donation for Michigan State’s athletics and he is giving $500 a month to the school’s football and men’s basketball players. St. Andre is the founder and CEO of Shift Digital, a marketing company.

Tucker thanked both donors by name in his Twitter post along with former Michigan State football players Brian Mosallam and Jason Strayhorn for their help with finalizing the new contract.

“This is a process to build a championship-winning program,” Tucker said.

After coach Mark Dantonio retired in February 2020, Tucker more than doubled his total compensation by leaving Colorado after only one season with a 5-7 record to sign a six-year deal worth $5.5-plus million per year at Michigan State.

Tucker didn’t have much time with his new team last year before the pandemic pushed players away from campus and it showed with a 2-5 record.

With an influx of transfers, including Heisman Trophy-candidate running back Kenneth Walker, the Spartans won their first eight games this season, including a second straight win over rival Michigan.

“The decision to extend Mel Tucker’s contract is not based on one year of results, but rather it’s an investment in a promising future for Spartan football,” athletic director Alan Haller said.

Whether the season ends with successes or setbacks, the school and its fans should not have to worry about losing their coach.

“Michigan State is not a stepping stone, it’s a destination, and Mel knows that,” Ishbia told the AP. “He didn’t want to leave, but when someone is all in and they’re loyal, you take care of them.”