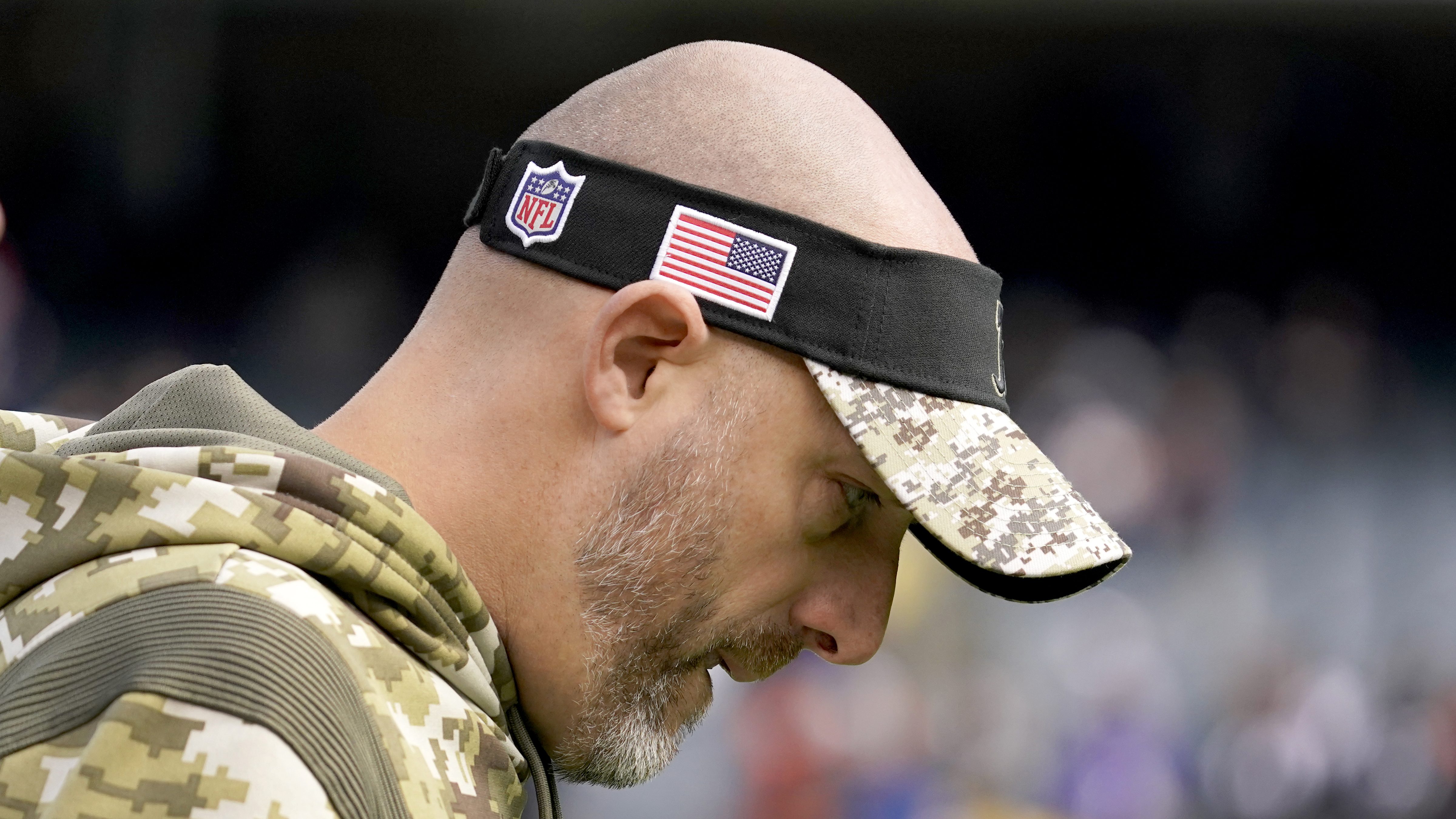 DETROIT (AP) — Misery has company in the Motor City.

The winless Detroit Lions (0-9-1) will kick off the NFL’s schedule of games on Thanksgiving as usual and their guests have plenty of problems of their own for a change.

The Chicago Bears (3-7) have lost five straight and they might also lose their coach this week.

Less than 48 hours before kickoff at Ford Field, embattled Matt Nagy was peppered with questions at a news conference about a report that he has been told he will no longer coach the Bears after the game on Thursday.

The Patch.com story about the firing was written by Pulitzer Prize winner Mark Konkol, a former news reporter for the Chicago Sun-Times, and it did not indicate a source.

Nagy said the report is not accurate.

“I understand how the media world goes, I get it,” he said. “But at the same point in time, if I get to a point where it distracts me from being the best leader I can be to this team, I’m not going to let that happen”

If Chicago only played Detroit, Nagy would have as much stability as any coach in sports. He is 6-1 against the lowly Lions and one game under .500 against the rest of the NFL.

Nagy is 31-27 and 0-2 in the playoffs over four years, a mark boosted by winning 12 games in his debut season. Bears fans clearly sound fed up with him, chanting “Fire Na-gy!” last week as the team lost a lead in the last 30 seconds for the second straight week.

“I’ve had six losing seasons out of my 10 years, seven maybe,” Gipson said. “So obviously I know what losing feels like. I know what a losing locker room is like, and this is not that.”

Detroit has gotten closer to winning lately, but has still come up short. It lost by three points last Sunday at Cleveland after a 16-all tie the previous week in Pittsburgh.

First-year coach Dan Campbell is desperately hoping the Lions break through with a win with all eyes on them on the holiday.

“You know the spotlight is on and you want to go out and play your best performance, your best game, and certainly to win,” Campbell said. “That’s what this thing is about, but this will be special. This will be good.”

Chicago is starting 11-year veteran quarterback Andy Dalton with rookie Justin Fields out after injuring his ribs last week. The three-time Pro Bowler was hurt early in the year, leaving the lineup with a knee injury after starting the first two games of the season.

The Lions are hopeful Jared Goff is back under center after missing a game with an oblique injury. Goff is listed as questionable after being limited in practice all week. As lackluster as Goff has looked, backup Tim Boyle was even worse against the Browns. He was 15 of 23 for 77 yards with two interceptions in his first NFL start.

For the third straight season, the Bears have lost four-plus games in a row.

“I mean I’m not going to lie and tell you that you just totally clear your mind of it,” tight end Cole Kmet said.

Chicago dropped six straight last year before regrouping to make the playoffs as the seventh seed in an expanded field.

Detroit’s best player all season has been second-year running back D’Andre Swift. He had a career-high 136 yards rushing at Cleveland and has run for 266 yards and a touchdown over the past two games. He leads all running backs with 53 receptions.

“What’s most important is the plays that he is getting, we are maximizing his potential so that we get our most bang for the buck out of him,” Campbell said. “He’s been steady and reliable all year and he’s really grown.”

The Bears have 10 sacks in the past two games, giving them 31 this season to tie Minnesota for the league lead at the start of the week.

The Bears had six sacks against Baltimore’s Tyler Huntley, including a career-high 3 1/2 by the resurgent Robert Quinn. They sacked Pittsburgh’s Ben Roethlisberger four times the previous week.

Quinn has 10 sacks this year, reaching double digits for the fifth time in 11 seasons, after finishing with just two in 2020.

Along with Fields, defensive end Akiem Hicks and running back Damien Williams will be out with injuries for the Bears. Chicago wide receiver Allen Robinson is questionable after missing a game with a hamstring injury. Lions starting guard Halapoulivaati Vaitai and backup cornerback A.J. Parker will be inactive after being injured against the Browns.