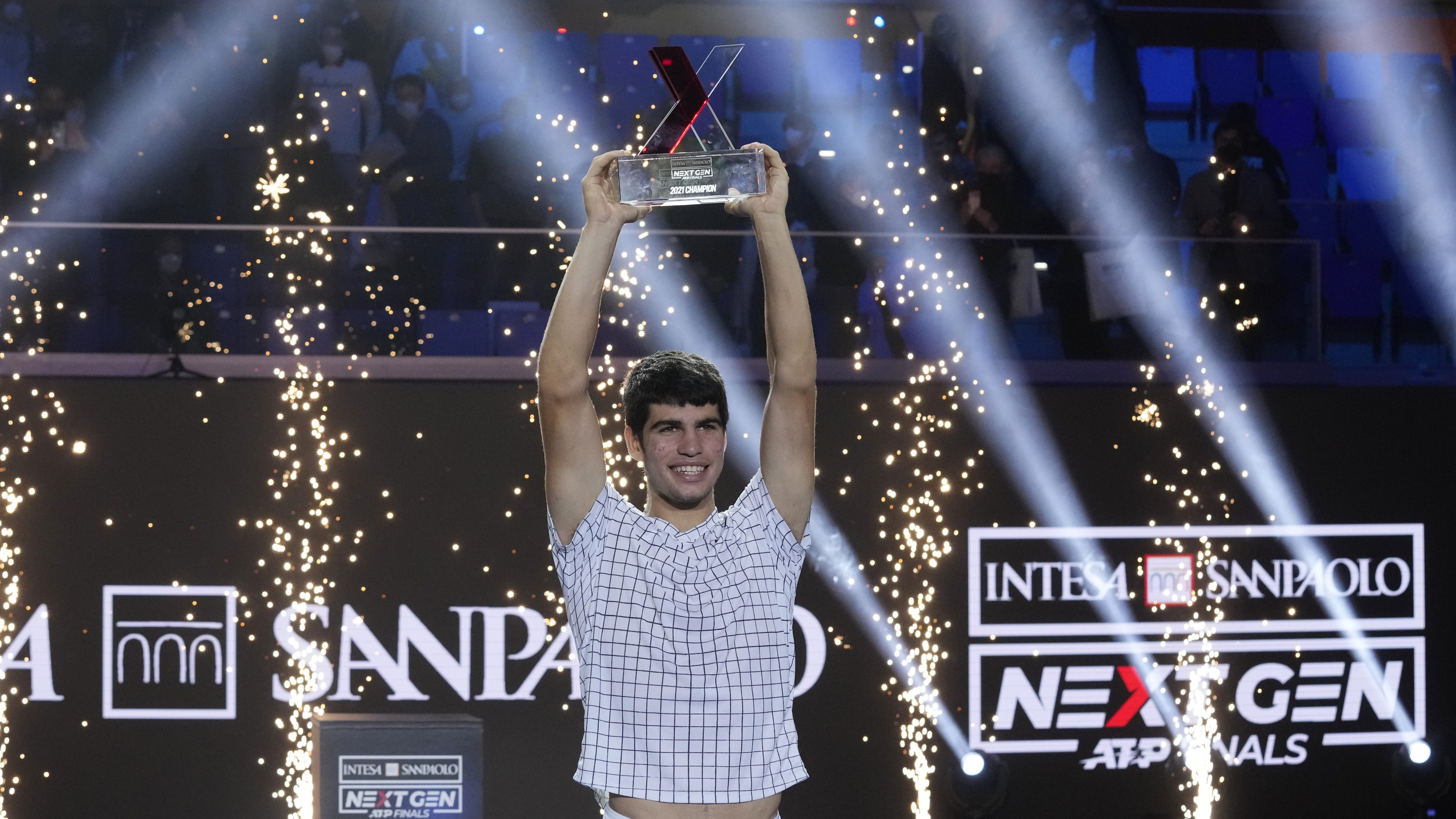 MADRID (AP) — Spain is set to begin its title defense at the Davis Cup Finals without Rafael Nadal, and with all eyes on the teenager touted as his heir.

The 18-year-old Carlos Alcaraz will be attracting attention when Spain starts on Friday against Ecuador. Spain is looking to triumph again two years after winning the inaugural edition of the revamped nations’ competition.

The tournament wasn’t played in 2020 because of the coronavirus pandemic.

Coming off a title at the Next Gen ATP Finals, Alcaraz will be making his first Davis Cup appearance alongside Pablo Carreno Busta and Albert Ramos-Vinolas, who are both more than 10 years older than Alcaraz.

“It means a lot to me to be able to represent Spain in the Davis Cup for the first time,” No. 32 Alcaraz said. “When the captain told me I was going to play, I couldn’t believe it. It was my dream since I was a kid and to be able to fulfill it at 18 is very special.”

Nadal went undefeated in singles and doubles when Spain won the title in 2019, but the 20-time Grand Slam champion isn’t playing this year because of a left-foot injury that ended his season early.

“It’s true that we had a big advantage. If you have Nadal in your team you go straight to being the favorite because he is the best player in the history of the Davis Cup,” Spain captain Sergi Bruguera said. “He’s not here, we cannot think about this. We continue to have a very strong team. Four players were there in 2019 when we won so they are prepared for this, and now we have a new younger star who is bringing a lot of things to the team.”

Alcaraz is capping an impressive season that included a quarterfinal appearance in the U.S. Open and victories over top-10 players Stefanos Tsitsipas and Matteo Berrettini.

Spain is facing a difficult task trying to retain the title, though, as the other team in Group A is a Russian squad featuring two top-10 players in No. 2 Daniil Medvedev and No. 5 Andrey Rublev. Also in the team is Olympic silver medalist Karen Khachanov and 2021 Australian Open semifinalist Aslan Karatsev.

Russia will be called the Russian Tennis Federation (RTF) during the event amid an ongoing doping suspension from international sports.

“It’s the strongest team,” Bruguera said. “It’s the most complete team, with Medvedev probably the most in-form player right now, so it will be our most difficult rival.”

Spain’s team took a hit when No. 19 Roberto Bautista Agut had to be replaced by No. 45 Ramos-Vinolas at the last minute because of an abdominal injury.

The 18-team event was held entirely in Madrid over seven days in 2019. This time it will also take place in Innsbruck, Austria, and Turin, Italy. The competition was extended to 11 days after criticism from players and fans over late-night matches in mostly empty arenas and not enough rest between matches.

Each matchup on indoor hard courts is a best-of-three series featuring two singles and one doubles match. The six group winners plus the two second-place teams with the best records based on sets and games will advance to the quarterfinals.