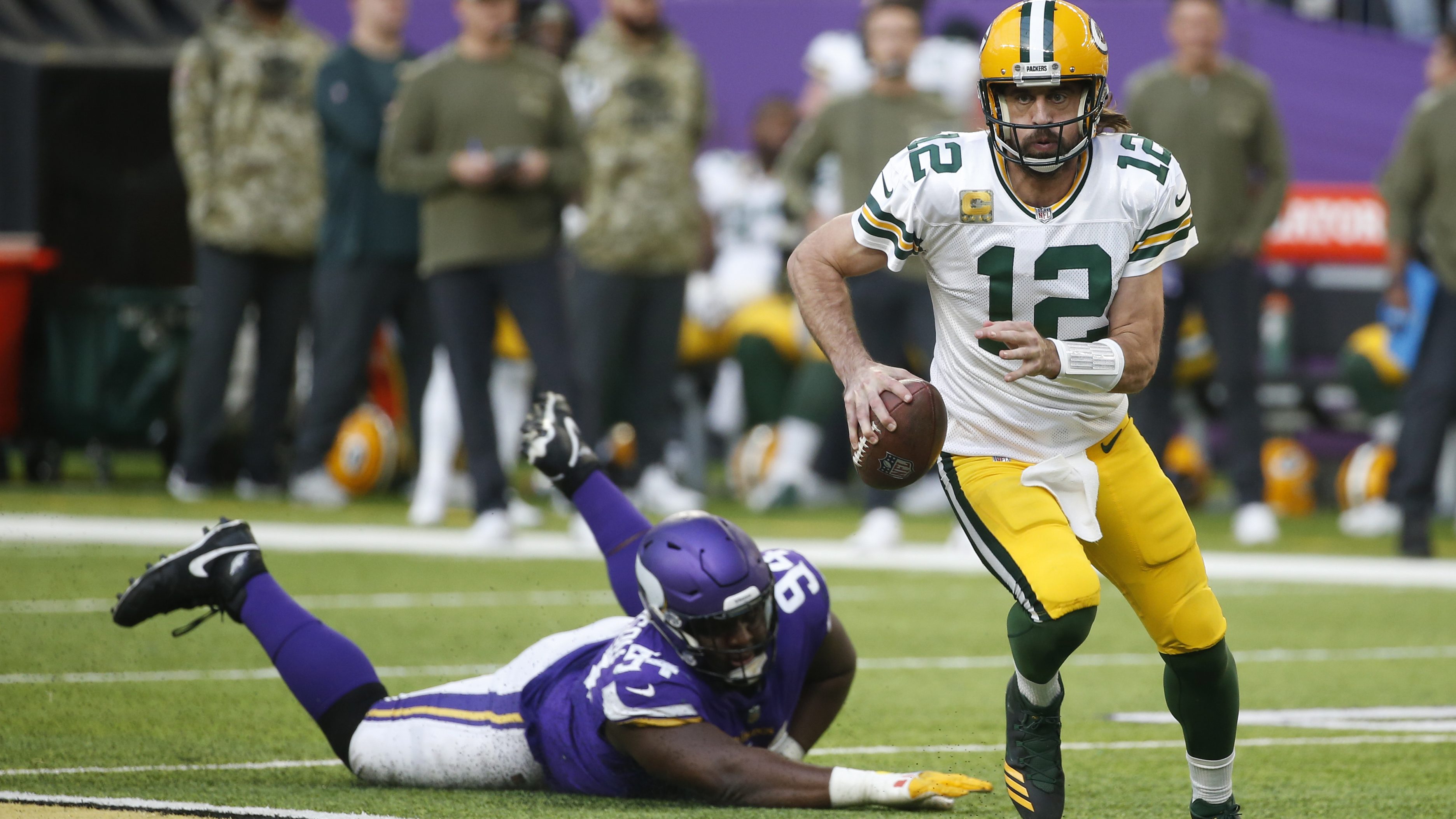 GREEN BAY, Wis. (AP) — Green Bay Packers quarterback Aaron Rodgers says his toe injury is a fracture and added that he doesn’t expect the situation to cause him to miss any games.

Rodgers has been playing with the toe injury each of the past two games after missing a 13-7 loss at Kansas City because of a positive COVID-19 test. The reigning MVP said the injury occurred while working out at home during his quarantine.

The NFC North-leading Packers (8-3) host the Los Angeles Rams (7-3) on Sunday and then have the next week off.

Rodgers, who has said the injury involves his pinky toe, noted Wednesday there are surgical options that wouldn’t involve him missing any games.

“I’ll definitely look at all options over the bye and decide what would be best to make sure that I get to the finish line,” Rodgers said.

Rodgers said after a 34-31 loss Sunday at Minnesota that the toe injury was “very, very painful” and “a little worse than turf toe”, but didn’t go into specifics.

He offered more details Wednesday to dispute a report that he had “COVID toe,” a name that’s been given to a condition causing lesions among some people who test positive for COVID-19.

While discussing his health Tuesday on “The Pat McAfee Show” on YouTube and SiriusXM, Rodgers said he “didn’t have any lingering effects other than the COVID toe,” but he was smirking as he made that comment.

When he was asked about it Wednesday, Rodgers revealed his bare left foot during his Zoom session with reporters.

“Oh, there’s no lesions whatsoever,” Rodgers said. “Oh, what a surprise. No, that’s actually called disinformation, when you perpetuate false information about an individual.”

The injury will continue to limit Rodgers’ practice time.

Rodgers practiced only on Friday last week, yet he still went 23 of 33 for 385 yards with four touchdowns and no interceptions against the Vikings.

Packers coach Matt LaFleur said Rodgers will have a similar practice schedule this week. He wasn’t practicing during the portions of Wednesday’s practice that were open to reporters.

“Certainly we’ll handle it day by day, but a lot of it’s just going to be on how he’s feeling,” LaFleur said.

NOTE: The Packers signed OL Jon Dietzen to the practice squad and placed OLB Jonathan Garvin on the reserve/COVID-19 list.