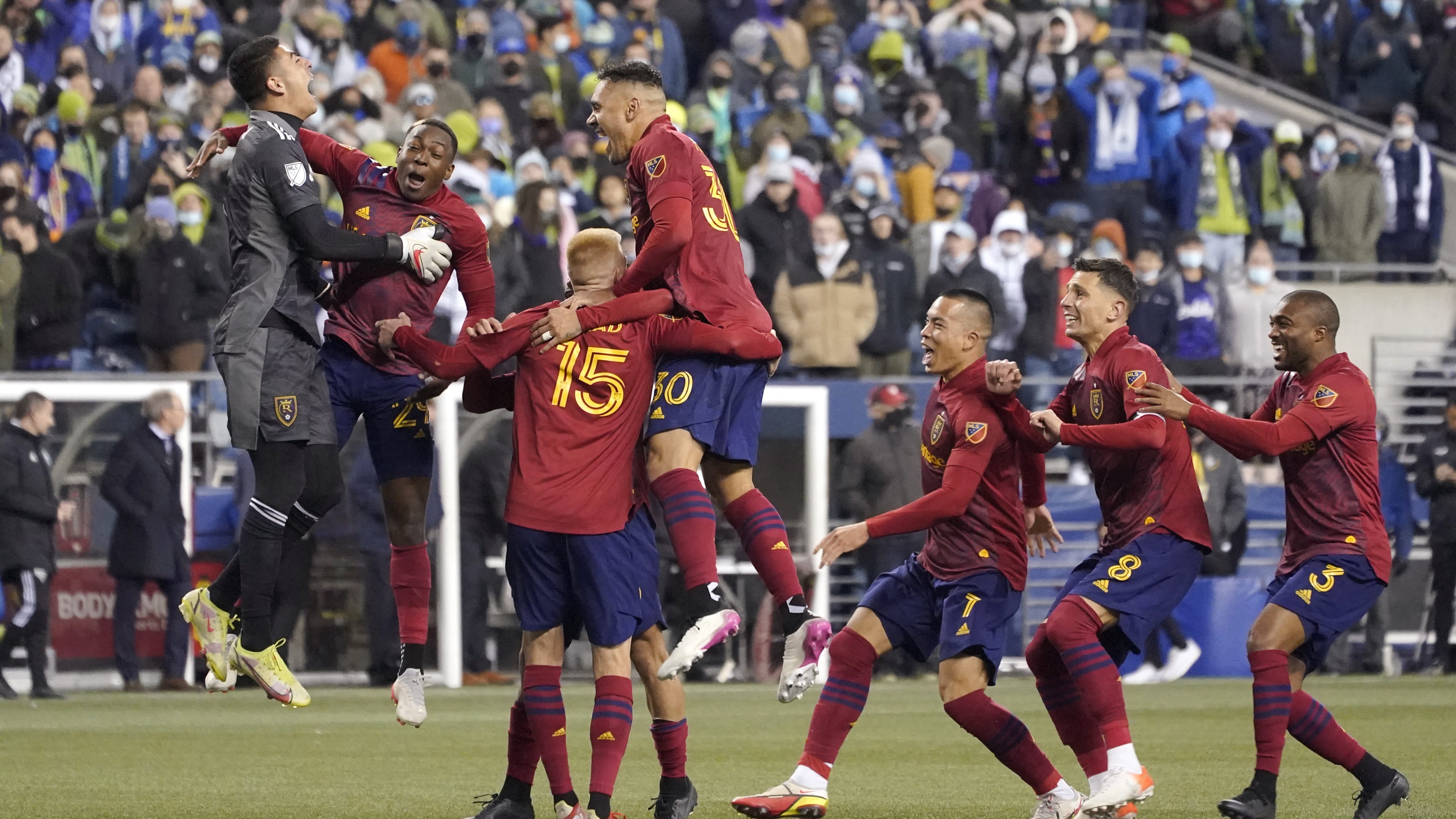 SEATTLE (AP) — For 120 minutes, Real Salt Lake never threatened, failing to send even one shot in the direction of the Seattle Sounders net.

When it came time for the penalty shootout, RSL was right on target.

Justen Glad scored the deciding goal in the sixth round of the shootout, and Real Salt Lake beat Seattle 6-5 in the tiebreaker after a scoreless game to eliminate the Sounders in the opening round of the MLS Cup playoffs Tuesday night.

Real Salt Lake won despite failing to record a shot in regulation and extra time. It was the first time in league history a team failed to register a shot in a playoff match.

Despite the lack of offense all night, RSL was perfect in the shootout — and David Ochoa saved Kelyn Rowe’s attempt in the sixth round. Glad’s winning shot was deflected by Seattle goalkeeper Stefan Frei, hit one post, rolled to the other and trickled over the goal line for the winning score.

Ochoa dived left on every one of Seattle’s penalty attempts until Rowe’s, when he went right and guessed correctly.

Aaron Herrera, Pablo Ruiz, Damir Kreilach, Bobby Wood and Marcelo Silva all scored in the shootout for RSL. Ruiz’s first attempt was saved by Frei, but video review determined Frei came off the goal line early and Ruiz scored on the second try.

Real Salt Lake’s only other penalty shootout victory in the MLS playoffs came in the 2009 final, which was played in Seattle.

“At the end of the day, the playoffs are a different beast,” Mastroeni said. “It wasn’t the game plan to not get good, quality scoring opportunities, but you have the regular season to learn from decisions and choices that you make as a group.”

Raul Ruidiaz, Joao Paulo, Abdoulaye Cissoko, Alex Roldan and Nicolas Lodeiro scored for Seattle in the shootout, but the final result was the cap to a night of frustration for the home side.

The Sounders outshot RSL 21-0 over the 120 minutes, but only three of their shot attempts were on target and Ochoa was rarely threatened. Seattle had won its previous 15 home playoff matches and had reached the past two MLS Cup finals.

“This isn’t a good memory, so we’ll keep it inside here. It will fuel the fire for a little bit,” Seattle coach Brian Schmetzer said.

Real Salt Lake won despite playing without captain Albert Rusnak after he tested positive for COVID-19. The team announced the positive test about 90 minutes before kickoff.

Rusnak had 11 goals and 11 assists during the regular season, second on the team.

Real Salt Lake was committed to not getting beat defensively and stuck to its plan at the expense of never threatening Frei.

The plan worked and Seattle’s chances were limited. The closest Seattle came to a goal was Ruidiaz hitting the crossbar with a 25-yard half-volley in the 73rd minute.

“I would just say our execution in the final third just wasn’t there,” Schmetzer said. “We had some half-chances, all the set pieces.”

Seattle’s Jordan Morris played 104 minutes in his first start since undergoing major knee surgery in February. Morris had played only as a reserve in Seattle’s final two regular-season matches.