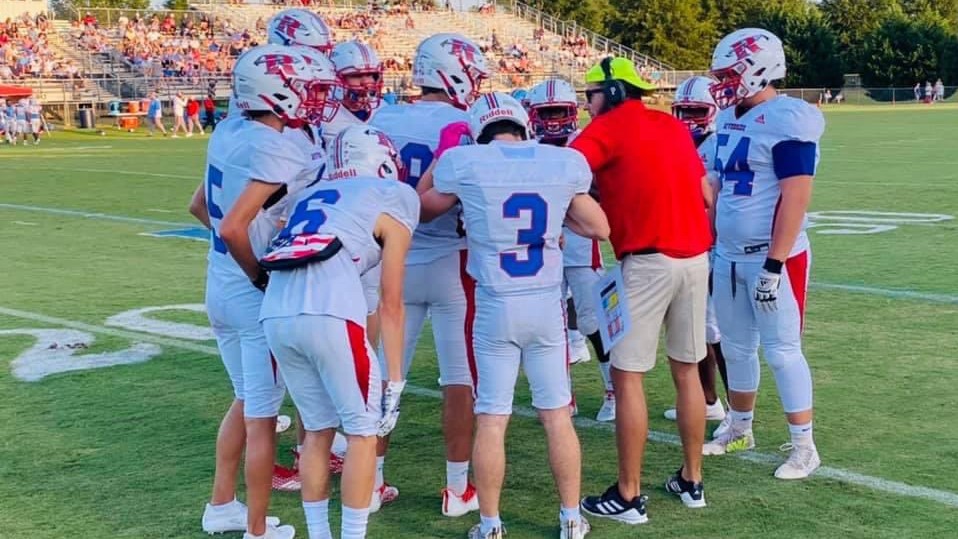 GREER, S.C. — The Riverside High School football season has officially come to an end, and after a very promising start, the season did not end the way it was intended too. The Warriors started their season a perfect 5-0 but would go on to finish the season with a disappointing 7-4 record. So, what went wrong?

As mentioned, the 5-0 start was very impressive as the Warriors looked to have ambitions of a state title. In those five wins, the defense is what stood out as they kept their opponents scoreless in three of those games. The most impressive, and necessary, performance of the Warriors defense came as they played on the road at J.L. Mann High School in late August. The Warriors offense would struggle and only manage to put up 13 points. It was the defense that came in clutch and managed to keep their opponents off the scoreboard to see their team to their second victory of the season. Riverside managed to win all of their non-region games leaving them at 5-0, but that is where things started to go wrong.

Riverside started their region play with an away game at Dorman High School. This is where they suffered their first loss of the season, getting blown out 47-14. Their next game was another region game at home to Byrnes High School. This would be the most embarrassing loss of the season for Riverside, as they were thoroughly embarrassed 70-0. The Warriors would go on to win their next region game at Wade Hampton 69-27 before eventually losing their final region game to Spartanburg High School 35-7.

One of the reasons for the struggles in the region games has to be the turnover count that Riverside put on display, led by sophomore quarterback Rob Sanders, who simply gave the ball away too much. Sanders only started seven games this past season for the Warriors but in those seven games he managed to throw 11 interceptions. He is still a young quarterback, but he will have to learn to stop turning the ball over so much if Riverside want to make a better go of it in region games next season.

Despite the 1-3 region record, Riverside still managed to find themselves in the playoffs on the road to Hillcrest High School. Unfortunately for the Warriors, the opposition once again proved to be too much, as the defense that once stood tall early in the season folded and gave up 56 points in a 56-24 loss which ended their season.

A mixed season can leave Riverside fans wishing that they did more, but there are also a lot of reasons to believe the next one will be better. Cutting down turnovers and stepping up on the defensive side of the ball in region games will be points of emphasis this offseason as the Warriors will look to regroup and go again next season.