Upcoming
view all
view all
This post is proudly brought to you by Ross J. Miller, DDS, PA 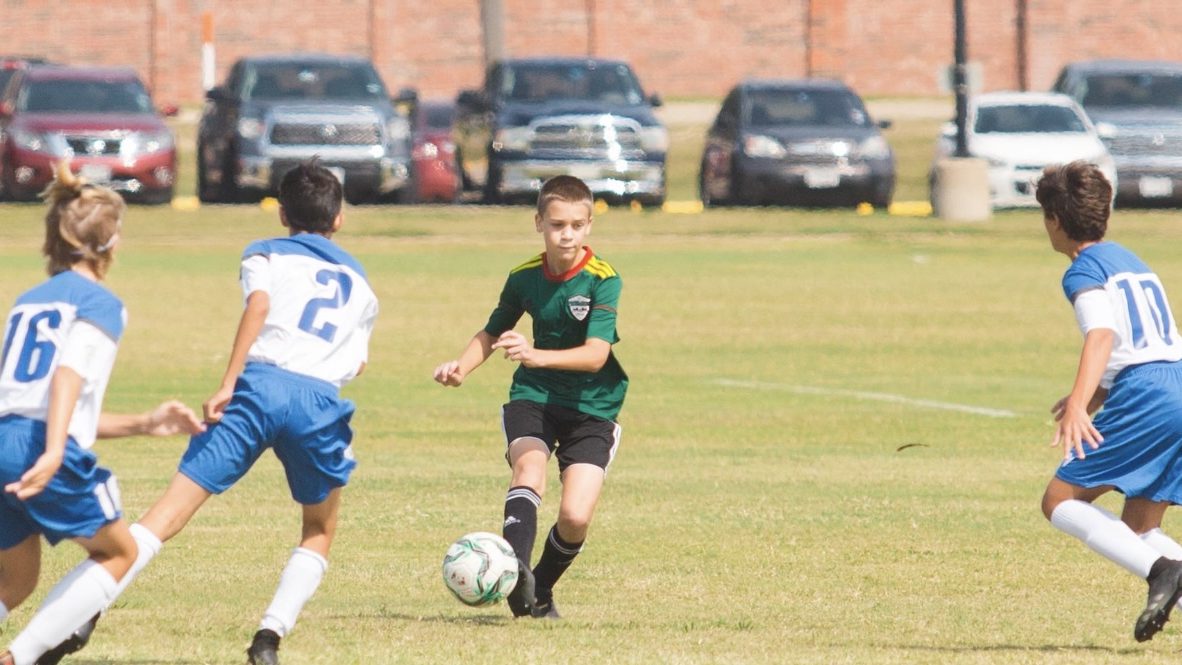 LUCAS, Texas — While he has a talent for, and a love of, multiple sports, Brendan Hare (14) has been focusing his skills on playing soccer. Brendan considers soccer to be the ultimate team sport because “one guy can’t just take the ball and dominate like in other sports. It combines skill, speed, strategy, movement, and teamwork.”

Brendan currently plays soccer for FC Premier Soccer Club and Lovejoy schools. With 8 years of experience under his belt, he has honed his skills to such a level that last summer he attended the Ivy + NESCAC soccer ID camp and was teamed up with 17–18-year-olds. While the older kids had a bit of height and size advantage due to their older ages, Brendan worked hard to keep up with the age group. He was rewarded for his solid play on the field when he received solid reviews and projection ratings from the coaches. He enjoyed the camp so much that he is planning on returning next year.

He told us “On the field I’m usually fast enough to overcome issues with opposing players. However, when I go up against someone faster and more skilled than me, I have to play with more discipline. I can’t take wrong steps and I have to use proper angles in pursuit or beating someone off the ball. Technique is more important than athleticism at this level.”

Since Brendan is naturally shy and quiet he must focus on communicating while on the field. He also understands that everyone has a job to do and no person is bigger than the team. One of the best pieces of advice he has been given is “You have a job to do on the field. Take care of that first. If everyone does this, then effective play and winning aren’t far behind.”

In addition to his prowess on the field, Brendan works hard on his studies as well. He has consistently been on the “A” honor roll and has received one of the few “Class Leadership” awards. He is also a member of the Duke TIP program for high achievers on the state standardized test.

When Brendan is not on the field playing competitive soccer, he enjoys playing recreational football and basketball. He enjoys volunteering through his school’s Young Men’s Service League and hanging out with his friends. He is also looking forward to trying out for the Lovejoy High School soccer team.