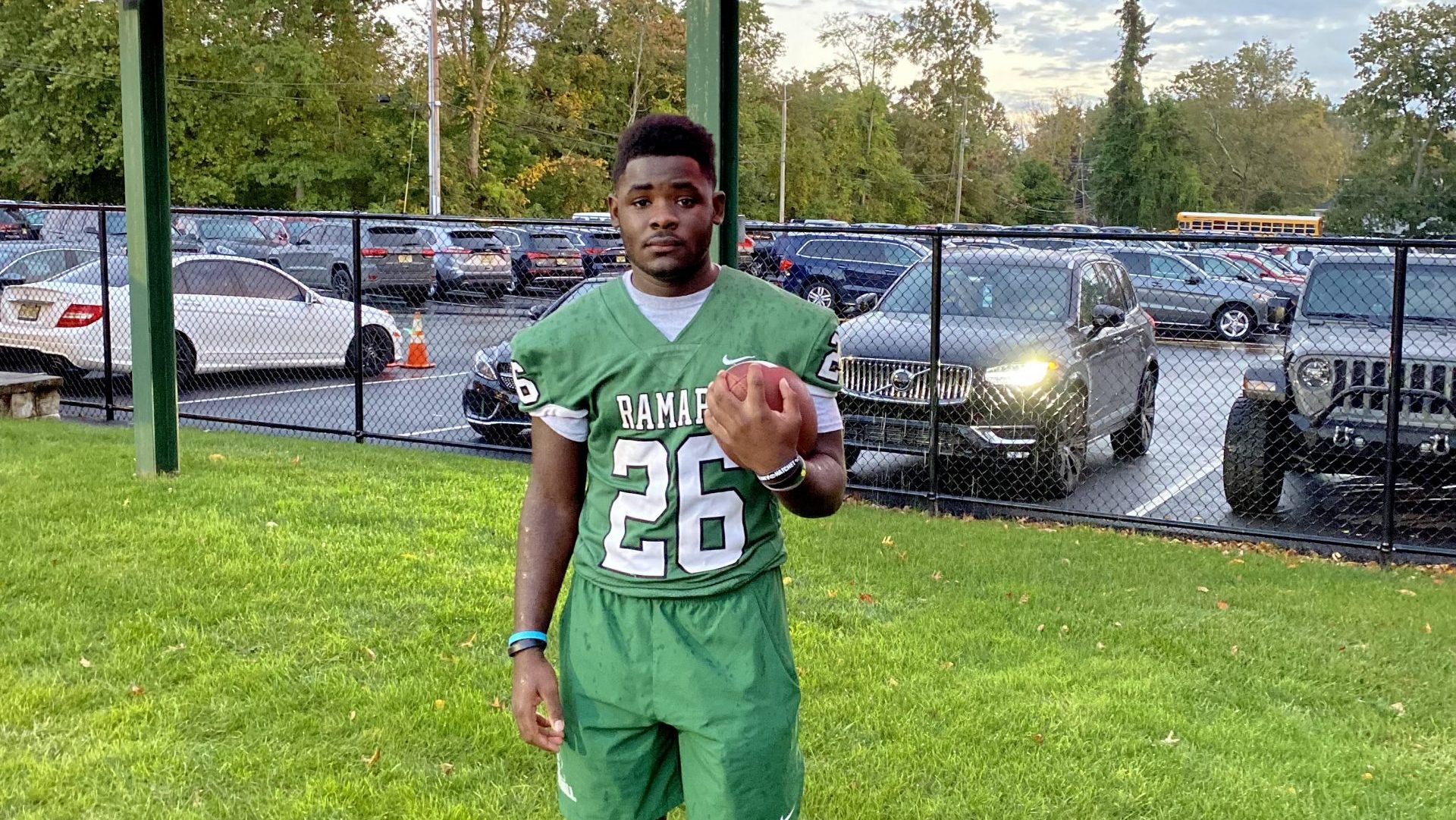 WYCKOFF, N.J. — JJ Jenkins loves playing football and he loves how the sport changed his life.

When JJ was 13 years old, he attended a football summer camp in Glen Rock run by Coach Jim Kurz.

“The coaches were great and they took an interest in me,” said JJ. “I was living in a group home at that time.”

One of the coaches was Jeremy Lipsky who told his mother, Danielle about JJ and his situation.

“Danielle told her brother William Disenso about me and he took me in to live with him,“ said JJ.

“He adopted me. I am very grateful and thankful to my father.”

Today, the 17 year-old plays the running back position on the Ramapo High School Raiders football team.

In a game this season against Kennedy High School, JJ scored two touchdowns.

“I was happy to show the coaches what I could do on the field and  to be a part of the team’s success,” said JJ.

JJ has been a part of the state champion Raiders team for four years and reflected on a game against rival Wayne Hills High School.

“This season we won many of our games with big scores but the game against Wayne Hills was close,” said JJ. “It was good for the team to play a competitive opponent.”

Ramapo beat Wayne Hills with a score of 21 to14.

“They are great leaders and I’m proud to be part of their team,” said JJ. “We have made a huge impact on each other.”

The high school senior said he enjoyed playing under the leadership of Coach Drew Gibbs.

“I have been watching him play since he was at Penn State,” said JJ. “I try to train like he does  and share  his attitude to ‘never give up’.”

“It would be great to play football in college but for right now I am focused on enjoying high school,” said JJ. “I plan to continue playing sports and join the bowling and volleyball teams.”

JJ plays both piano and trumpet and is a member of the high school symphonic band.

JJ offers this advice to the next generation of football players.

“I was ready to quit the football team when I was a freshman because it was really a hard sport,” said JJ. “I didn’t quit and no one should quit on something they are interested in. Quitting gets you nowhere in life.”