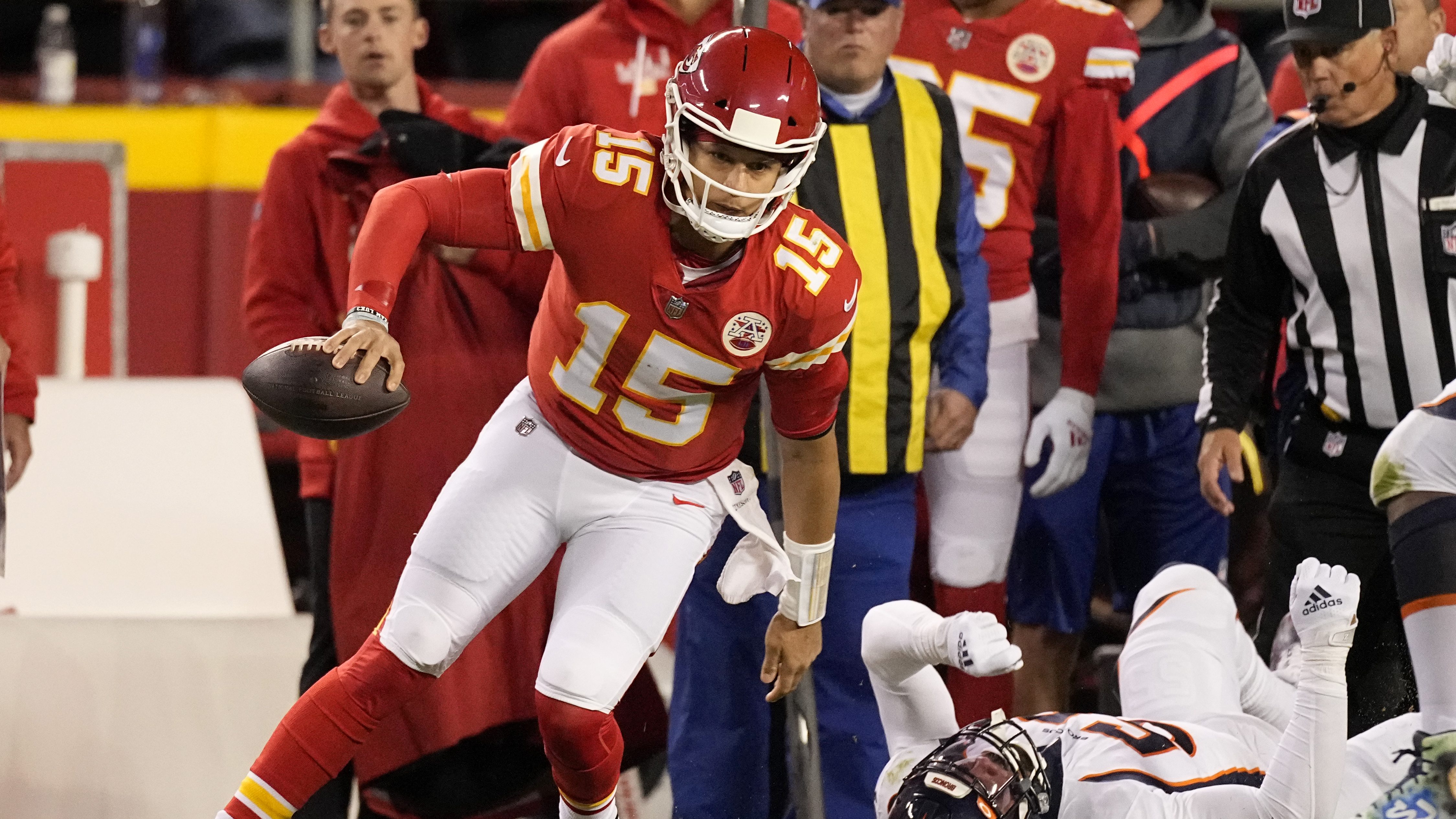 KANSAS CITY, Mo. (AP) — The resurgent Kansas City defense shut down Teddy Bridgewater and the Broncos, Daniel Sorenson returned an interception 75 yards for a touchdown, and the Chiefs beat Denver 22-9 on Sunday night for their fifth straight win.

Patrick Mahomes had 184 yards passing with a touchdown run and an interception for the Chiefs (8-4), who now lead the Chargers by a game and the Broncos and Raiders by two in their race for a sixth straight AFC West championship.

Things went haywire for the Broncos early in the game, when a 20-play drive ended with a failed fourth-down play rather than an easy field goal. And they didn’t get a whole lot better when Bridgewater threw a pair of second-half interceptions, including the one that Sorensen picked off with 9 1/2 minutes left to put the game away.

Bridgewater was held to 257 yards passing for the Broncos (6-6), who have lost 12 in a row to their longtime AFC rival dating to the 2015 season. Javonte Williams started in place of injured running back Melvin Gordon III and had 102 yards rushing along with a touchdown catch late in the fourth quarter.

Thanks to his defense, Chiefs coach Andy Reid improved to 20-3 after a bye. The once-maligned bunch stopped Denver on fourth down three times while holding an opponent to fewer than 10 points for the third time in its last four games.

The Chiefs must have spent their entire week off working on their opening offensive script, because they effortlessly flew downfield for a touchdown. They even overcame an offensive pass-interference call before Mahomes scampered for the score.

After the Chiefs forced a second consecutive three-and-out, Harrison Butker made a 56-yard field goal.

That was just about the last anyone saw of Mahomes and Co. for a while.

The Broncos answered with a field goal of their own. Then, after forcing a quick punt, they embarked on a 20-play odyssey that carried them 83 yards and chewed up nearly 12 minutes of the second quarter — and resulted in no points.

Denver twice converted on fourth down to keep the drive alive, then went for the hat trick on fourth-and-2 at the Kansas City 8. Williams took the handoff and was stuffed by linebacker Willie Gay Jr. for a turnover on downs, the first time since 2009 that a 20-play driving lasting at least 11 minutes didn’t result in points.

That wasn’t the end of the Broncos’ woes. They went three-and-out on their first drive of the second half, Bridgewater was picked off by Juan Thornhill on their next, and Caden Sterns ran into returner Diontae Spencer after forcing Kansas City to punt. The Chiefs managed to hop on the muff for a fresh set of downs.

Butker hit his third field goal a few minutes, extending the lead to 16-3 with 13 1/2 minutes to go, and Sorensen tacked on his pick-6 a couple minutes later.

Broncos NT Mike Purcell was a surprise inactive with a thumb injury.

Chiefs CB Chris Lammons left late in the first half with an ankle injury.