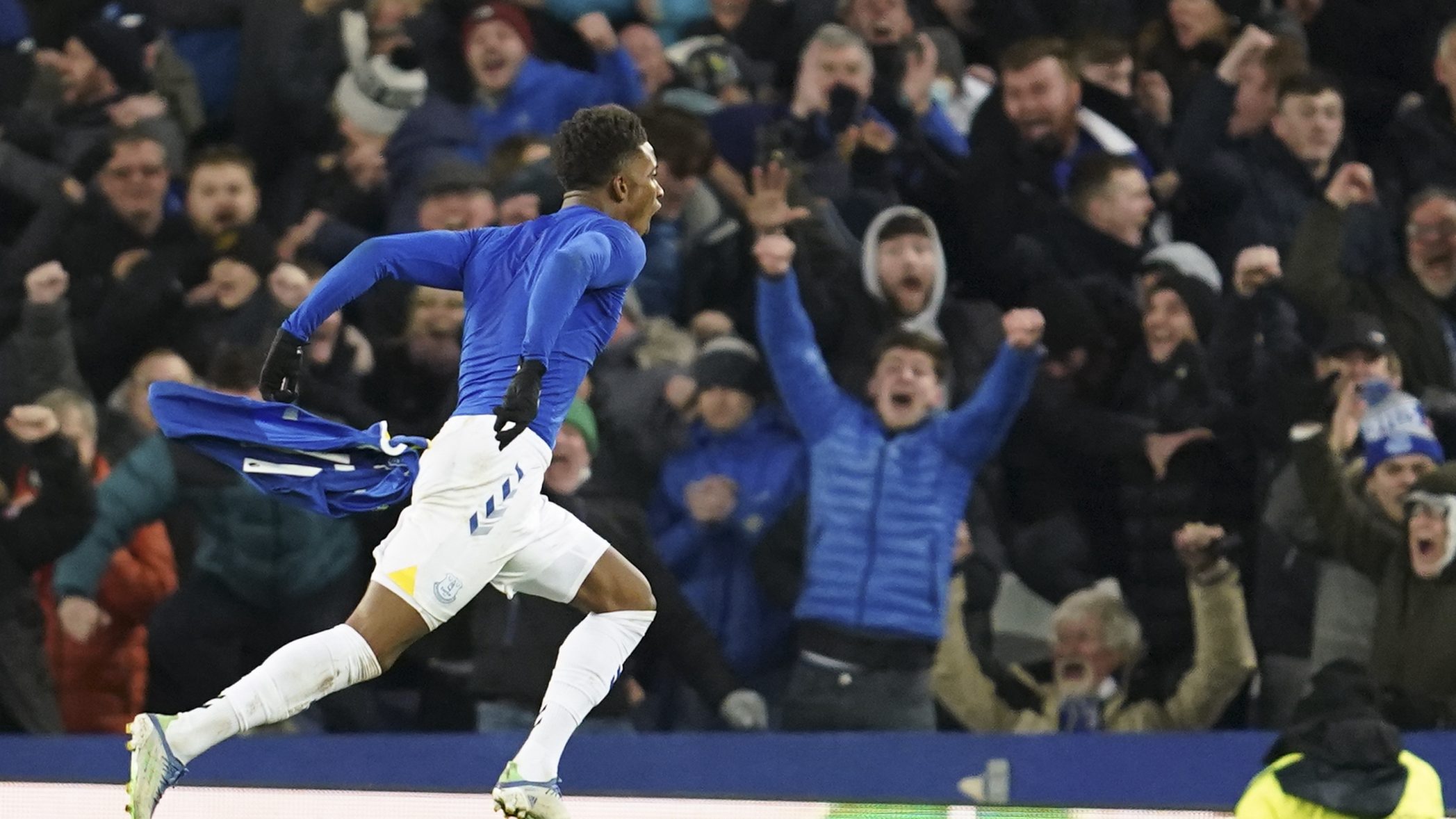 LIVERPOOL, England (AP) — Demarai Gray smashed home a long-range strike in the second minute of stoppage time to earn Everton a 2-1 victory over Arsenal and end the team’s eight-match winless run in the English Premier League on Monday.

The winger cut in from the left and took aim with a fierce shot that flew in off the inside of the post, completing Everton’s comeback after Richarlison’s equalizer in the 79th. It sparked scenes of jubilation at Goodison Park on a night there was a small protest by home fans inside the stadium at the board’s running of the club.

It looked like Martin Odegaard’s volley in the second minute of first-half injury time was going to win the game for Arsenal, which was looking to climb back into fifth place with a victory.

The visitors rode their luck, with Richarlison having two goals — a header in the 43rd and a low finish in the 57th — ruled out by video review because of marginal offside decisions.

The Brazil forward kept plugging away and got his reward when he headed home a rebound after another powerful shot from Gray was tipped onto the crossbar by goalkeeper Aaron Ramsdale.

It was Everton’s first win since Sept. 25 and moved the team eight points clear of the relegation zone.

In the 27th minute of the game, a section of Everton fans left their seats to signal their unhappiness at the board amid the club’s 27th season without a trophy

Some of the fans were seen making their way toward the exits inside Goodison as play continued.