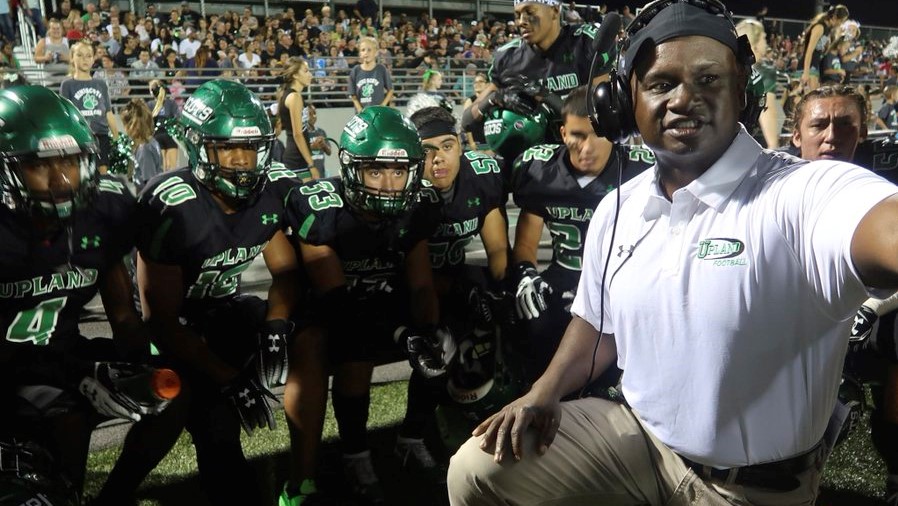 Thomas started playing high school football at Glen A. Wilson High School in Hacienda Heights in 1982. He played as a strong safety and running back for his school for four years and graduated in 1986. After leaving high school, he went to the University of California Santa Barbara where he played football as a cornerback with the university football team.

He played in the NCAA for four years, and it was toward the end of his college football days that he decided to be a coach. His mother, a teacher for 39 years, influenced the importance of education and sharing his knowledge with others.

“I knew that I still wanted football in my life in the future, so I looked into coaching,” Thomas said when he was asked why he decided to be a high school football coach.

When he graduated from college, he started pursuing his coaching career. His alma mater appointed him as the running back coach under head coach Scot Smith in 1991. After that, he was with Wilson High School for two years before getting a teaching appointment at Covina High School in November 1992.

He spent 19 years coaching at Covina High School. Although he started as an assistant coach, he was appointed the head coach after four years, a position he maintained for 15 years before stepping down at the end of the 2011 season. During his 15-year period as head coach, he won over 100 games with Covina and led them to five Valle Vista League titles. One of his best seasons with Covina was the 1994-95 season where he led the team to an undefeated California Interscholastic Federation Championship.

After leaving Covina High School, Thomas joined Upland High School as an assistant coach. The reason why he decided to be an assistant at Upland was because of his family. He missed his son’s first varsity game at Upland, so he picked the assistant coach job to watch him play. In addition, his daughter plays for the Upland volleyball team.

He was an assistant coach with Upland for seven years before being appointed head coach in 2019. He replaced the legendary Tim Salter, who stepped down as head coach before teaching.

The head coaching job was a big one to fill, even for a coach as experienced as Thomas.

“Tim Salter built something great, and I know because I live in the city,” Thomas said. “He’s a very humble man. I just hope I can continue what he started.”

Coach Thomas didn’t fall short of what was expected of him. In his first season with Upland, he led them to the second round of the California Interscholastic Federation Division II playoffs and he has not looked back since then. Upland was indeed right in choosing Coach Thomas to replace the legendary Coach Salter.