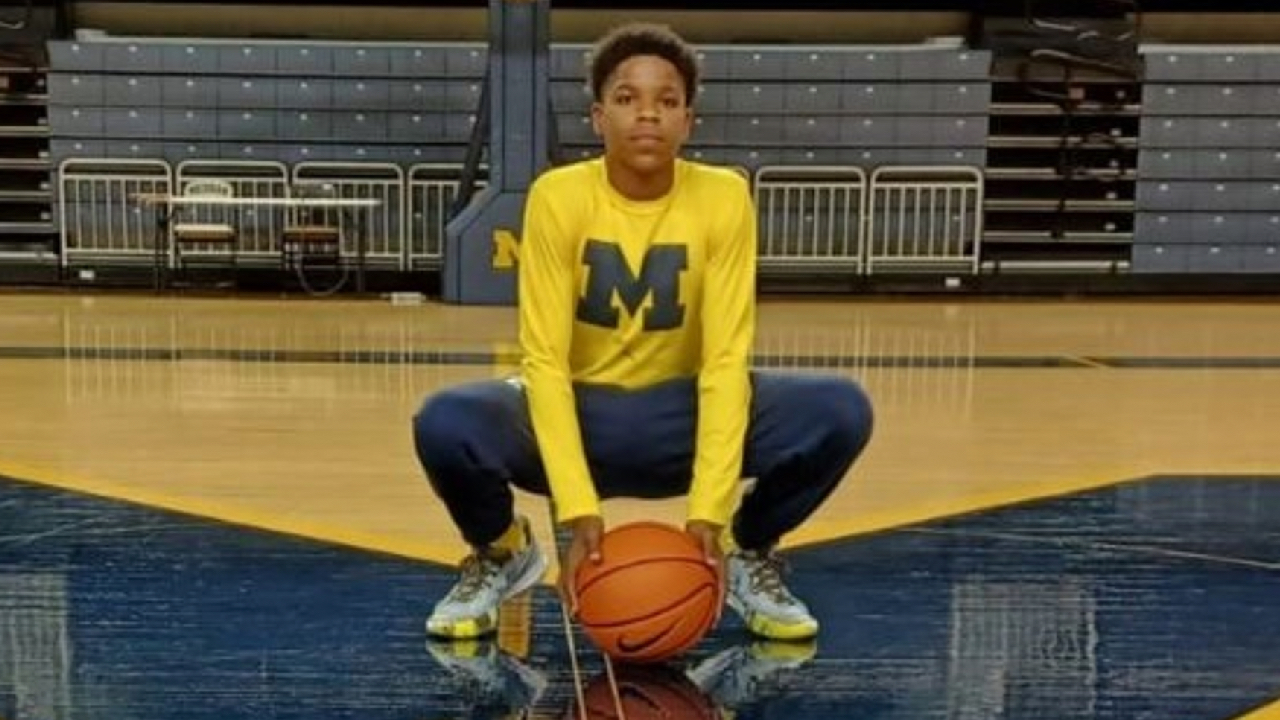 ATLANTA, Ga. (BVM) —  Widely considered the best shooter in the 2024 cycle, Christian Anderson Jr. has made his future goals clear with his verbal commitment to Michigan. Anderson Jr. marks the first talent head coach Juwan Howard and the Wolverines have solidified from this class.

At just 5-foot-8 and 125 pounds, what the point guard lacks in size, he makes up for in buckets. Through nine games this season, Anderson Jr. leads his Lovett High School team in points (288), points per game (32), assists per game (3.6), and has seen 96-for-197 shooting from the field (49%). In the Lions’ third matchup of the season, Anderson Jr. recorded a double-nickel, netting 55 points with four 3-pointers and broke his school’s single-game record for most points scored in a contest. And with the second half of the season still left to play, it seems that Michigan has struck at the right time.

“I have heard from a few colleges but Michigan was the one I liked the most,” Anderson Jr. said. “Mainly because they have a history of success. Their coach had a successful NBA career, their program went far last year. Coach Howard and the Michigan staff came to a few of my games and they were really the first program to believe in me. Michigan is also a blue blood school in my eyes as well, so it’s perfect.”

Anderson Jr.’s small stature contrasts that of his fathers, who — at 6-foot-6 — spent over a decade playing professional ball overseas. With an elite bloodline coupled with a knack for sinking shots, Anderson Jr.’s expectation for his remaining prep years are high, and for good reason.

“My main expectation is to finally win a state championship,” Anderson Jr. said. “We haven’t won one yet — we don’t have a banner up, so I want to put our first banner up. That’s the goal.”

Looking to the future, Anderson Jr. is slated to continue his display of near-perfection on the hardwood and should have no issue rising to the level of Division I ball come 2024. Basketball will always be in his life and he has no intentions of changing that, even after his time as a Wolverine.

“I want to play in the NBA and become one of the best basketball players of all time,” Anderson Jr. said. “I want to maybe coach somewhere after that, or do something that is still involved in basketball definitely.”

With a demanding schedule that will only get tighter down the road, Anderson Jr. again follows in his fathers footsteps in finding ways to unwind and relax.

“I like to sometimes draw because my dad is kind of an artist,” Anderson Jr. said. “He paints and stuff so I sometimes like to do that — not paint, just draw. I like to play video games or board games with my family, or go to my friends’ house. Really anything to have fun.”

As his skills and size continue to develop, Anderson Jr.’s notoriety throughout the nation is sure to skyrocket. The exposure that his elite play garners him at his young age is impressive enough, but combined with his attendance at elite basketball camps, his name will soon be more recognizable than most. And with the Big Blue already along for the ride, there is truly no limit for this 15-year old phenom.