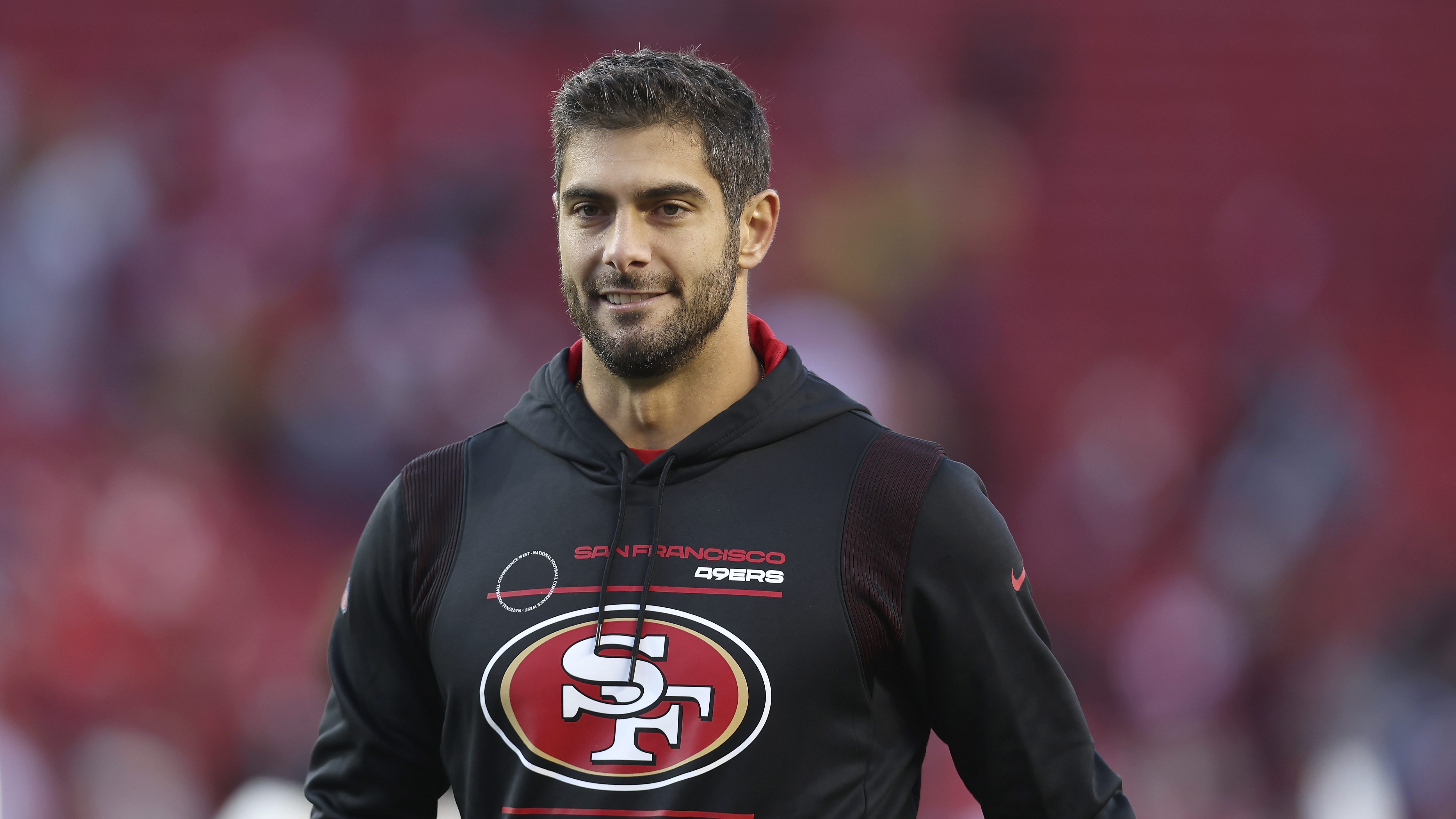 SANTA CLARA, Calif. (AP) — Quarterback Jimmy Garoppolo is listed as questionable for the San Francisco 49ers in their crucial season finale against the Los Angeles Rams after missing last week’s game with an injured right thumb.

“He had a good week, a good week of practice when he was in there,” coach Kyle Shanahan said Friday. “I feel good with where he’s at right now.”

Shanahan said he knows whether Garoppolo or rookie Trey Lance will start for the 49ers (9-7) on Sunday but is waiting to make an announcement to keep the Rams guessing.

The Niners are also dealing with an issue at left tackle where Pro Bowler Trent Williams missed practice all week with an elbow injury. Shanahan said Williams will be questionable to play Sunday.

Running back Elijah Mitchell, who was on the injury report with a knee injury earlier in the week, will play this week.

The game is crucial for the 49ers, who can clinch the playoffs with a win on Sunday or a loss by New Orleans at Atlanta.

Garoppolo injured his thumb in the first half of a loss at Tennessee on Dec. 23 but stayed in to finish that game.

He didn’t throw at all last week, allowing Lance to make his second career start, but got back on the field at practice this week.

He tested out the thumb Tuesday and even though it still caused significant pain was able to throw on a limited basis at practice during the week.

The 49ers have won all five starts Garoppolo has made in his career against the Rams, including the first meeting this season when he went 15 for 19 for 182 yards and two touchdowns in a 31-10 win in Week 10.

Lance was shaky early in his second career start but recovered to throw for 249 yards and two second-half touchdowns in a 23-7 win over Houston last week.

The Niners invested heavily to make Lance their quarterback of the future this offseason, trading three first-round picks to take him third overall. But they opted to keep Garoppolo to help ease Lance’s transition after he threw only 317 passes in college at lower-level North Dakota State.