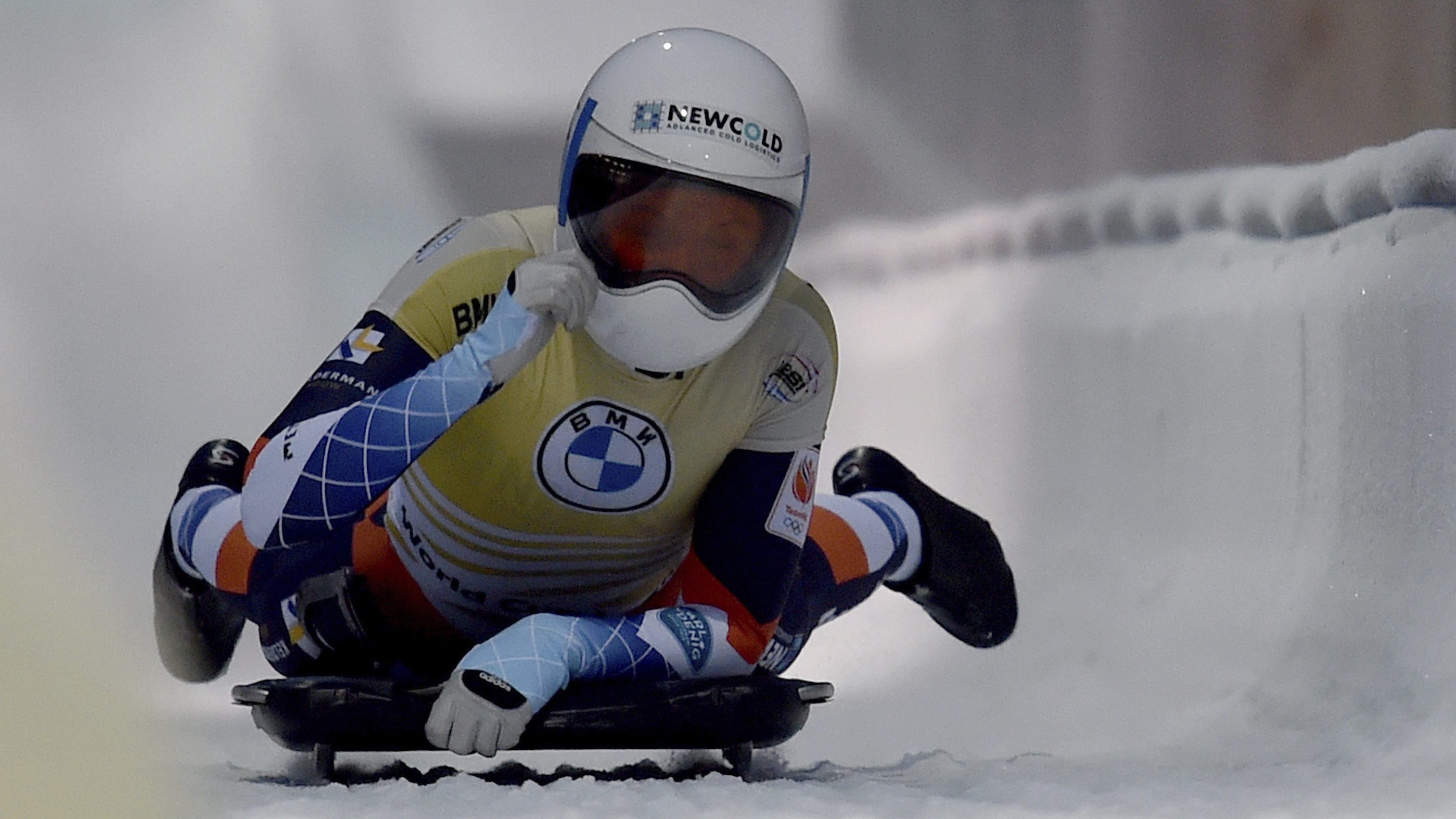 WINTERBERG, Germany (AP) — Latvia’s Martins Dukurs got the 60th World Cup skeleton race victory of his career Friday, closing in on what would be his 11th seasonlong championship in the last 13 years.

Dukurs held off Germany’s Axel Jungk by the slimmest of margins — one one-hundredth of a second. Dukurs prevailed in the one-heat race in 56.36 seconds, with Jungk crossing the line in 56.37 and Alexander Tretiakov of Russia third in 56.41.

Germany’s Christopher Grotheer, who started the day leading the World Cup standings, finished only ninth to drop to the No. 3 spot on the seasonlong list. Dukurs leads with 1,398 points, Jungk is second with 1,359 and Grotheer has 1,347.

Dukurs needs only a fourth-place finish to clinch the World Cup overall title in next weekend’s series finale at St. Moritz, Switzerland.

Andrew Blaser was 22nd for the U.S. men and Austin Florian was 24th. The men’s race was shortened to one run instead of the customary two after race officials determined that proper track-sweeping procedures were not followed in what should have been the first heat.

In the women’s race, Kimberley Bos got her second win of the season and moved closer to becoming the first slider from the Netherlands — men’s or women’s — to be a World Cup seasonlong champion. Bos finished in 1:56.04, about a quarter-second ahead of Germany’s Jacqueline Loelling and nearly a half-second up on third-place finisher Elena Nikitina of Russia.

Bos stretched her lead over Nikitina to 68 points with one race remaining. Bos would clinch the title with an eighth-place finish at St. Moritz; she’s been in the top six in six of the season’s first seven races.

Megan Henry was 10th for the U.S., and Kelly Curtis was 13th. Katie Uhlaender didn’t race on Friday, though is expected back for the finale in St. Moritz — the race that could decide which Americans make the Olympic team.