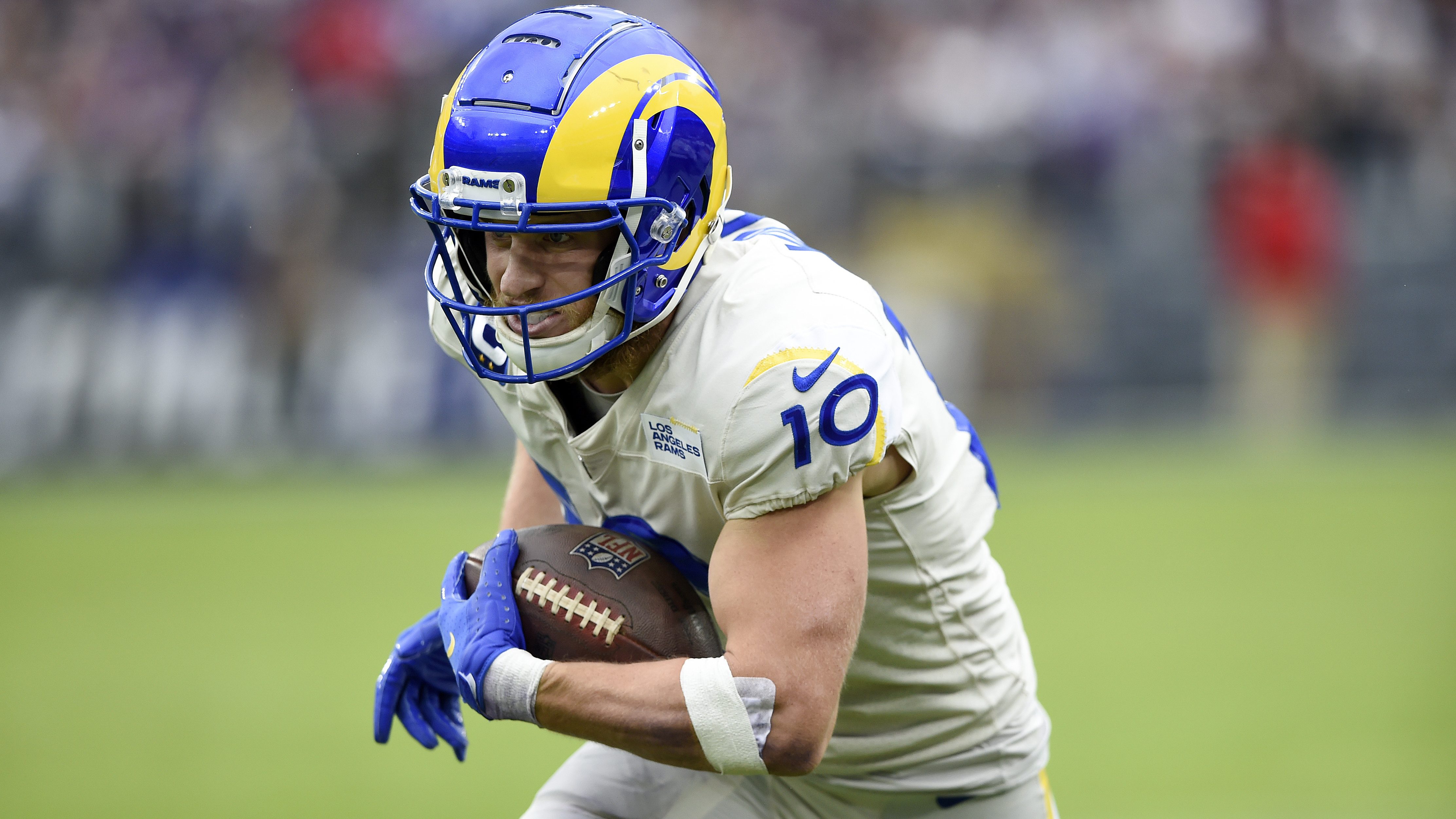 That sweet 16-game symmetry of the NFL, with each team’s schedule neatly divided into quarters just like the action on the field, has been brushed aside after 43 seasons.

The long-discussed 17th game has finally arrived, another weekend of the made-for-television inventory that turned the league into an annual 11-figure revenue generator.

Deep into Sunday night, the playoff field will still be filling out with a win-and-in game between the Los Angeles Chargers and Las Vegas Raiders. This is the same date, Jan. 9, on which the Super Bowl was staged 45 years ago.

At the end of a second straight virus-affected season, with COVID-19 all but guaranteed to make an appearance in the playoffs, the added game could hardly be seen as strange anymore with so much abnormality in the NFL these days.

As luck would have it, 13 of the 16 games on the ledger will have a bearing on the bracket, with league-leading Green Bay (13-3) the only club in either conference with a seed already locked in. The AFC has two spots still open and five teams alive. The NFC has two teams vying for one bid. Good timing for that third wild-card berth that was tacked on just last season in the expansion to a 14-team field.

Several statistical milestones remain within reach, too, obviously boosted by the extra game but eligible for league record books just the same.

Here’s a closer look at the wrinkles of the extra week as it fit with the 2021 season:

In a purely chronological picture, New Orleans (8-8) looks like a beneficiary of the 17th game with a matchup against Atlanta (7-9). If the Saints beat the Falcons and San Francisco (9-7) loses to Los Angeles (12-4) — the Rams can clinch their division with a win — the Saints will edge out the 49ers for the final spot in the NFC.

On the other hand, the additional game on New Orleans’ schedule was actually at Tennessee, which currently holds the No. 1 seed in the AFC. The Titans won 23-21 on Nov. 14. The 49ers won their extra interconference matchup at Cincinnati on Dec. 12. Philadelphia, which has clinched a wild-card berth but has the same record as the 49ers, also won its added game against the New York Jets.

Nobody in the league would ever sympathize with the Patriots and their six Super Bowl trophies in their past two decades, but the extra game on their schedule this year was a 35-29 loss to NFC East champion Dallas (11-5) on Oct. 17. The Bills? They beat Washington (6-10) on Sept. 26.

Even though the Cowboys finished one game out of their division lead last season, they were the third-place team and thus matched up with the Patriots, who took third in 2020.

There are 18 teams still mathematically in championship contention, the most entering the final week of regular-season games since 20 teams were alive in 2006.

In the AFC, the Patriots can still can finish as the No. 1 seed, the No. 7 seed or almost all of them in between. While six of the eight division titles have been determined, the seeds are still largely unsettled.

If the season was over now, as it was in the past, the Titans would be looking forward to their first-round bye with the extra week for star running back Derrick Henry to heal from his foot injury. If they lose to Houston, however, they could fall to the second, third or fourth seed.

The Rams’ Cooper Kupp leads the NFL in receptions (138) and receiving yards (1,829) and has a chance to set the single-season record in all three categories. He needs 12 receptions to beat Michael Thomas (2019) and 136 receiving yards to pass Calvin Johnson (2012).

“It wouldn’t hold the same weight to me as it does for guys that have done that in a 16-game season,” Kupp said. “Those are incredible things, incredible accomplishments. You kind of have to separate the two. We’re in a new age of football here.”

Pittsburgh’s T.J. Watt has 21 1/2 sacks, one behind Michael Strahan (2001) for the record in a statistic that became official in 1982. If Watt can get one or more sacks on Sunday, his accomplishment ought to look more impressive over time considering he’s only played in 14 games because of injury.

The century club for ball carriers doesn’t have as much clout these days. There are only five 1,000-yard rushers this season, the fewest in a non-strike year since 1974. Even in the last three seasons of the 14-game schedule, there were eight, 12 and nine players, respectively, who hit that mark.

Jonathan Taylor, Joe Mixon, Nick Chubb, Najee Harris and Dalvin Cook have reached 1,000 rushing yards, but injuries, COVID-19 and of course the continued proliferation of high-volume, high-octane passing attacks have collaborated this season more than ever to hold down the ground gainers.

With Henry still sidelined, the Cowboys’ Ezekiel Elliott (915 yards) is the best bet to join the pack with the benefit of the extra game.