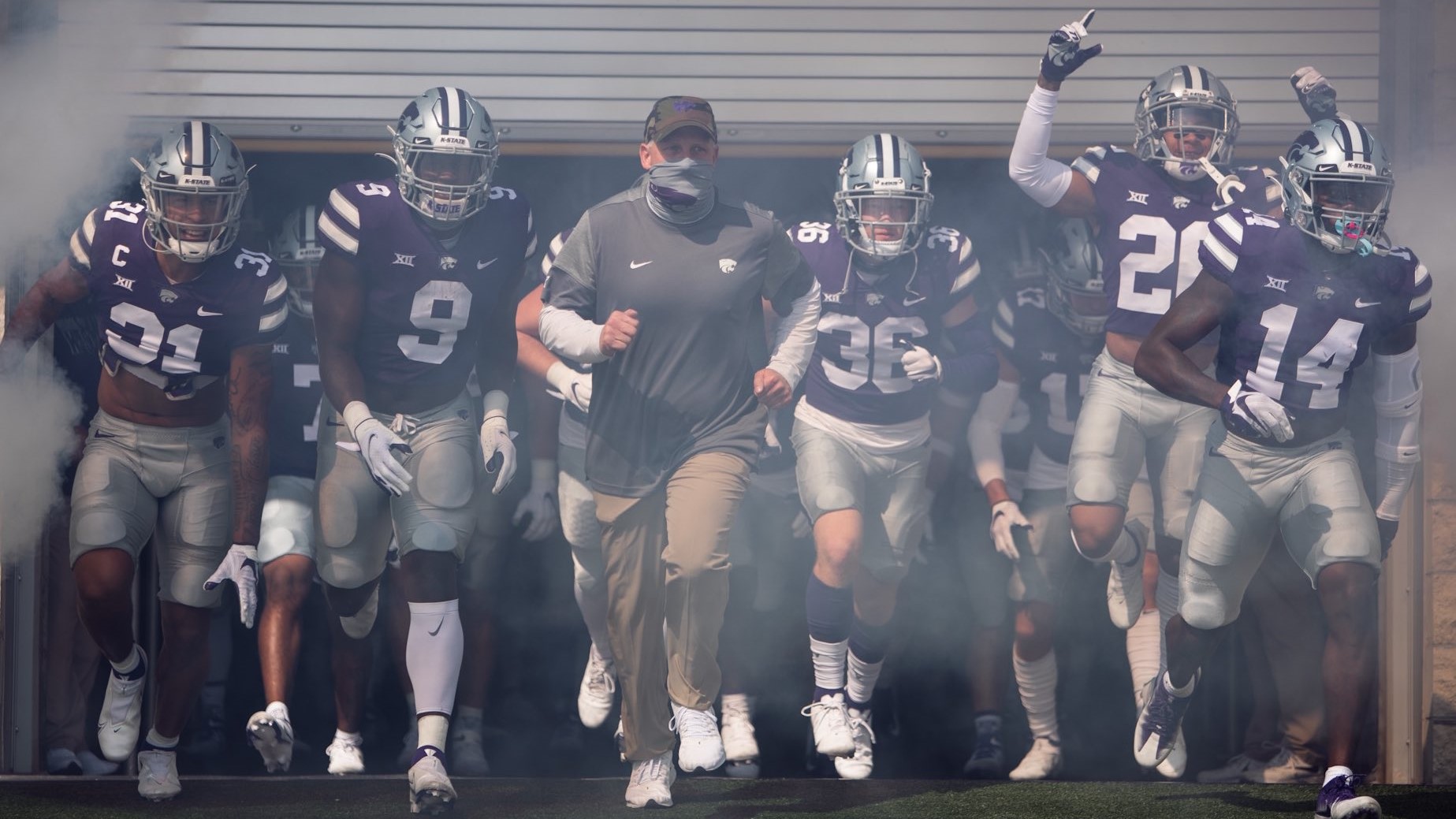 Chris Klieman is off to a strong start to the Big 12 season with the Kansas State Wildcats and the university announced Monday that the head coach has agreed to a contract extension through 2026. (Courtesy: @KStateFB/Twitter)

Kansas State assistant Collin Klein, who had been serving as the interim offensive coordinator during the bowl season, was given the full-time job on Friday after an impressive performance by the Wildcats in the Texas Bowl.

The former Heisman Trophy finalist, who had worked primarily with quarterbacks, put together a game plan for LSU that resulted in a school bowl-record 442 yards of total offense in a 42-20 rout of the Tigers on Tuesday night.

“Over the course of the last month, Collin displayed the type of leadership and planning that put us in a position to execute and be successful in the bowl game against LSU,” Kansas State coach Chris Klieman said. “He deserves this opportunity, and the constant dialogue and communication that he had with me and with our staff and players throughout the game and the entire bowl preparation period was something that really impressed me.”

Klein takes over for Courtney Messingham, who was fired after the Wildcats lost their regular-season finale at Texas. They managed only 27 points combined in Messingham’s final two games, which included a 20-10 loss to Baylor.

Klein is one of the most beloved players in Kansas State history. He led the Wildcats to a 21-5 record as the starter, and at one point had the Wildcats ranked No. 1, before winning the Big 12 title and playing in the Fiesta Bowl in 2012.

Along with being a Hesiman Trophy finalist, he also won the Johnny Unitas Award as the top quarterback in college football.

“I absolutely love our players, staff and fans. We look forward to this challenge and are so thankful to Coach Klieman and our leadership for entrusting me with this responsibility,” Klein said. “K-State is and has been a special part of our family.”

“Collin bleeds purple,” Kleiman said, “and I am excited for him to lead our offense.”