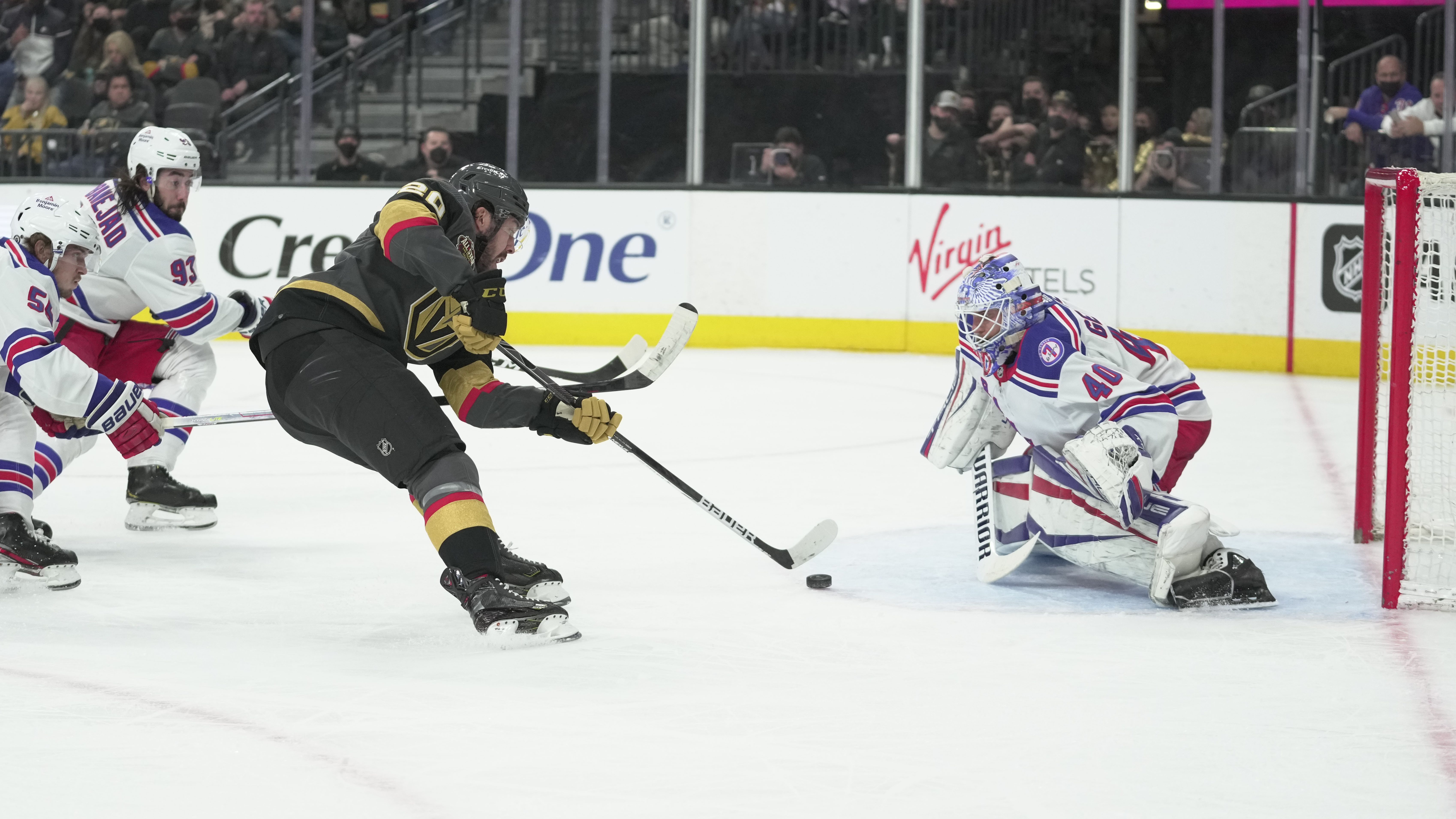 Lehner, who hadn’t played since Dec. 19 due to a lower-body injury, extended his winning streak to six games.

Chris Kreider scored for the Rangers, who had won three in a row. Alexandar Georgiev made 30 saves in the first of four straight games out West on a five-game road trip.

New York’s visit marked the return of coach Gerard Gallant and fan favorite Ryan Reaves to Las Vegas. Gallant was the first coach in Golden Knights history, and Reaves joined the team midway through its scintillating inaugural season that ended with a Stanley Cup Final loss to Washington.

Marchessault gave Vegas a 1-0 lead near the end of the first period, but the Rangers answered less than a minute into the second when Kreider lasered a wrist shot past Lehner.

Stone, activated off the injured list earlier in the day after missing four games, put Vegas back on top midway through the second. Janmark extended the lead to two later in the period. It was the seventh goal of the season for both Stone and Janmark.

Howden, who has four goals this season, notched his second against his former team early in the third. Marchessault made it 5-1 with his 18th goal.

NOTES: Before the game, Gallant received a video tribute and was welcomed back with a warm round of applause. The crowd of 18,117 got even louder for Reaves’ tribute video during the first media timeout. … Rangers G Igor Shesterkin was placed in COVID-19 protocol, and star forward Artemi Panarin remained in the protocol.