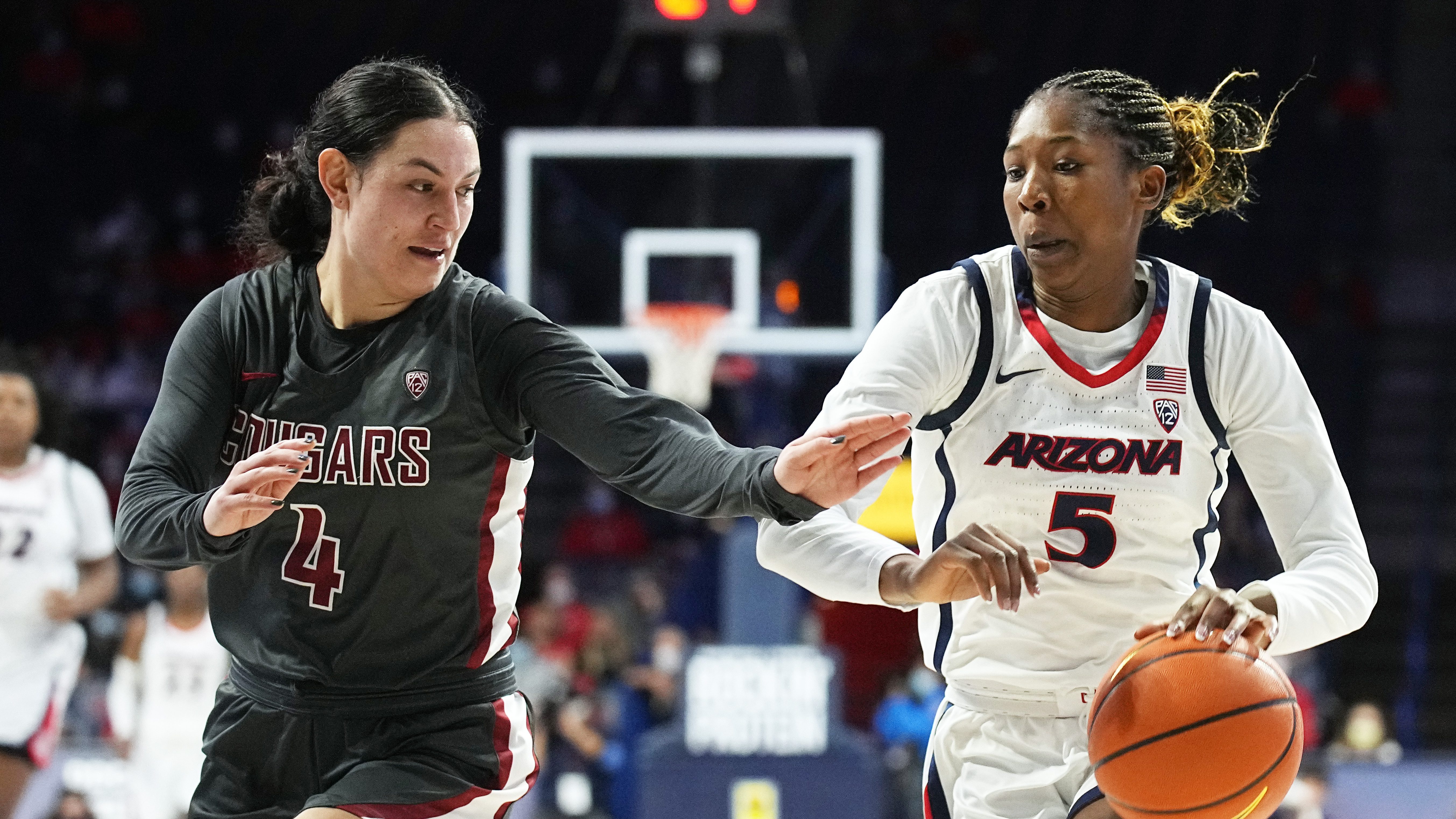 TUCSON, Ariz. (AP) — Cate Reese had 20 points and No. 4 Arizona used a dominant third quarter to beat Washington State 60-52 on Friday night in its Pac-12 Conference opener and first game in three weeks.

It was the 100th victory for Wildcats coach Adia Barnes, and it came as Arizona reached 11-0 for the second time in three seasons.

Reese, a senior forward, was 8 of 14 from the field and moved into 10th on the school career scoring list with 1,306 points. She added seven rebounds and three steals.

WSU (9-5, 1-2) led 24-23 at halftime, outscoring Arizona 19-10 in the second quarter. The Wildcats retook the lead on a Reese layup midway through the third quarter and then used a 15-0 run to build a 46-31 edge after three periods. The run included a 4-point play from Madi Conner, a 3-point play from Reese and 3-pointers from Helena Pueyo and Sam Thomas.

Arizona outscored WSU 23-7 in the third but was outscored 45-37 in the other three quarters.

The Cougars, who went scoreless for the final 4:47 of the third, scored the first six points of the fourth to get within nine. A 3-pointer by Krystal Legler-Walker cut the deficit to 53-49 with 1:23 to go, and younger sister Charlisse Legler-Walker drained a 3-pointer with 47.8 seconds remaining to pull within 54-52.

WSU coach Kamie Ethridge was called for a technical foul with 41.7 seconds left for arguing an off-the-ball call on guard Johanna Teder, and Arizona’s Thomas made three of four free throws before Reese sealed the win with a layup with 26.2 seconds left to make it 59-52.

Arizona held WSU scoreless for the almost the first four minutes of the game, with the Cougars missing 10 of their first 11 shots. They hit eight of their next 13, including a 3-pointer by Teder to give WSU its first lead at 24-21 with 46 seconds left in the first half.

Washington State: The Cougars dropped to 0-5 all-time against teams ranked in the AP top 5. Three of those have come this season, with WSU losing 62-34 to No. 5 North Carolina State in the Bahamas in November and 82-44 at home to No. 2 Stanford on Jan. 2.

Arizona: The Wildcats honored the greatest player in school history after the game, inducting Aari McDonald to the Ring of Honor. McDonald, now playing for the Atlanta Dream in the WNBA, led Arizona to the NCAA title game in April and was a two-time Pac-12 Defensive Player of the Year and was the league’s Player of the Year in 2020-21.

Washington State: At USC on Jan. 14. The Cougars’ scheduled game at Arizona State on Sunday was postponed because of the Sun Devils’ COVID-19 issues.

Arizona: At USC on Sunday, making up a game that was originally scheduled for Dec. 31 but postponed due to the Trojans’ COVID-19 issues.