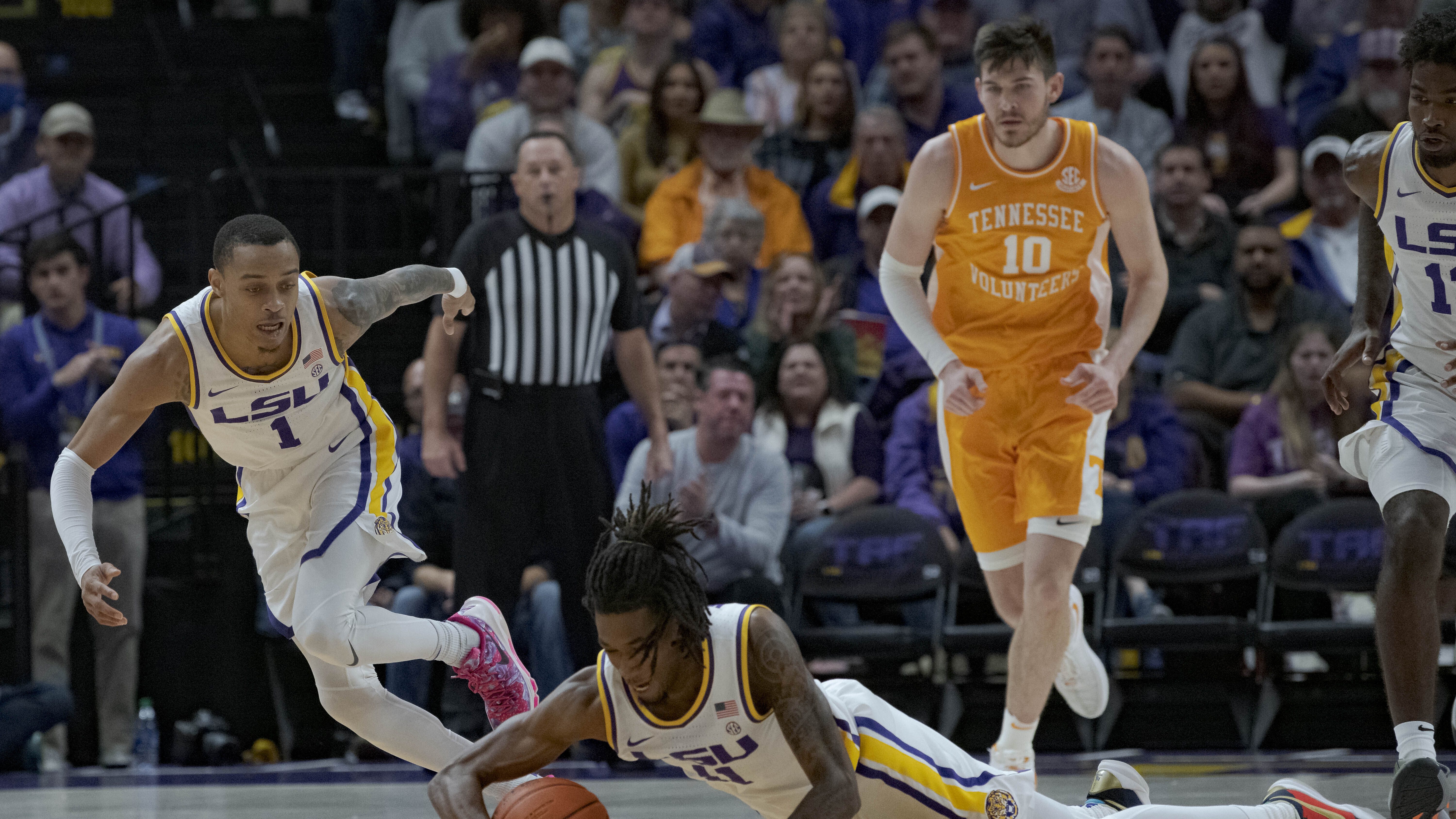 BATON ROUGE, La. (AP) — Tari Eason capped a 24-point, 12-rebound performance with a pivotal dunk in transition with 1:21 left, and No. 21 LSU held on to beat No. 18 Tennessee 79-67 on Saturday night for the Tigers’ second-straight triumph over a ranked opponent.

Darius Days scored 15 before fouling out in the final minutes and Brandon Murray added 13 points for LSU (14-1, 2-1 SEC), which has won two straight — including a victory over No. 16 Kentucky on Tuesday night — since its lone loss of the season at Auburn last week.

But the victory may have come at considerable cost for the Tigers. Starting guard Xavier Pinson, who had nine points and seven assists, had to be helped to the locker room with an apparent right knee injury after slipping during a stop in the lane late in the second half.

Kennedy Chandler scored 19 points and Santiago Vescovi added 14 points for the Volunteers (10-4, 1-2), who trailed by as many as 20 points before pulling as close as five points with three minutes left. Uros Plavsic scored 12 for Tennessee.

LSU pulled away for good with the help of Eric Gaines’ steal from Kennedy, which led to Murray’s fast-break layup. Eason followed that with his dunk in transition after Vescovi’s missed 3.

LSU was on the cusp of running the Vols out of the Pete Maravich Assembly Center after a 20-4 run during which Eason scored 11 points, highlighted by his 3 after Pinson’s offensive rebound and dunk after Days blocked Kennedy’s 3-point attempt. That gave LSU a 62-42 lead with 14:13 to play.

But Tennessee settled down after that, particularly on defense, limiting the Tigers to just five points during the next six-plus minutes while scoring 14 in that span to pull to 67-56 with just less than eight minutes left.

Tennessee: The Vols dropped to 2-3 against ranked opponents. They showed how good their defense can be while holding LSU to nine points during a 10-plus minute span in the second half, but their 20-point hole proved too much to overcome on the road against a team that also is strong defensively.

LSU: The Tigers came in shooting 31.6% from 3 for the season, and hit 8-18 (44.4%) from deep against the Vols. That boost in perimeter shooting, combined with LSU’s usual tenaciousness around the basket on both ends, helped LSU become the first team this season to score more than 73 points against Tennessee.

Defensively, LSU had 11 steals and six blocks — two each by Eason and Gaines. The most spectacular block was by Alex Fudge from behind on Plavsic’s dunk attempt.

However, Pinson’s injury could be costly, depending on the seriousness. He came in averaging 11 points and 4.4 assists.