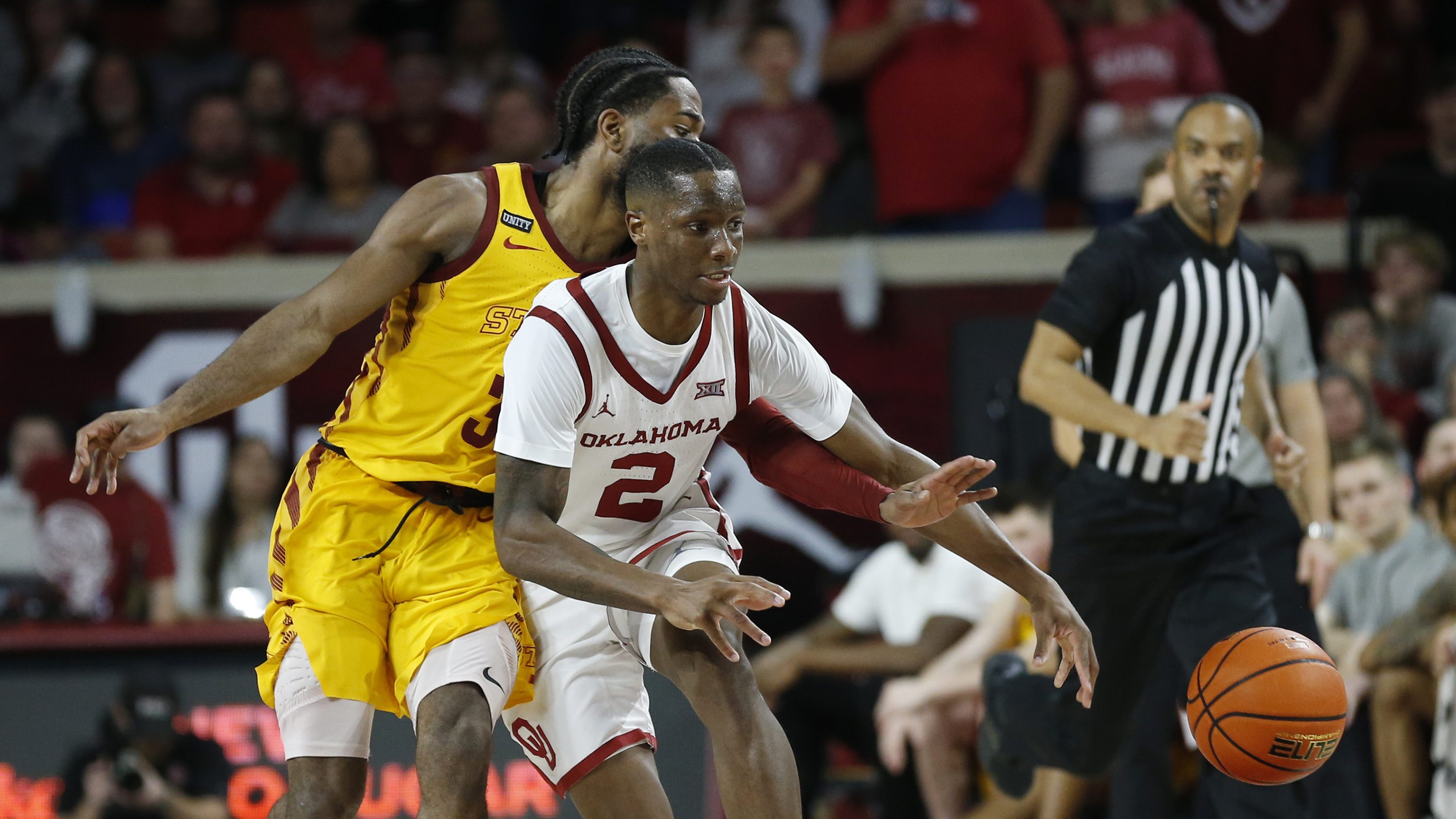 NORMAN, Okla. (AP) — Umoja Gibson scored 20 points, and Oklahoma rallied in the second half to defeat No. 11 Iowa State 79-66 on Saturday night.

Oklahoma bounced back from a loss to No. 1 Baylor with a dynamic offensive performance. The Sooners shot 62% from the field overall and 82% in the second half. It was Oklahoma’s third win over a ranked team this season under first-year coach Porter Moser.

Jacob Groves banked in a 3-pointer to give the Sooners a 21-16 lead midway through the first half, but Iowa State took control until the break. Brockington scored 16 points on 7-for-8 shooting to help the Cyclones take a 36-32 lead at halftime.

Later in the half, Iowa State’s Aljaz Kunc was called for a technical, and Oklahoma’s Umoja Gibson made the free throw to tie the score at 59.

Oklahoma finally took the lead on a basket by Jacob Groves on another dazzling pass by Cortes. A turnaround jumper by Cortes pushed Oklahoma’s advantage to 65-61. Cortes then spun, left a Cyclone defender on the ground and scored a layup to put Oklahoma up by 10.

Iowa State: The Cyclones depended too heavily on Brockington in the first half and Hunter in the second half for scoring. Defensively, they couldn’t handle Oklahoma’s passing, with Cortes picking apart Iowa State’s defense late in the game.

Oklahoma: The Sooners have a great chance to move into the top 25. The Sooners were 27th in votes in the most recent poll.

Iowa State: At Kansas on Tuesday.

Oklahoma: At Texas on Tuesday,