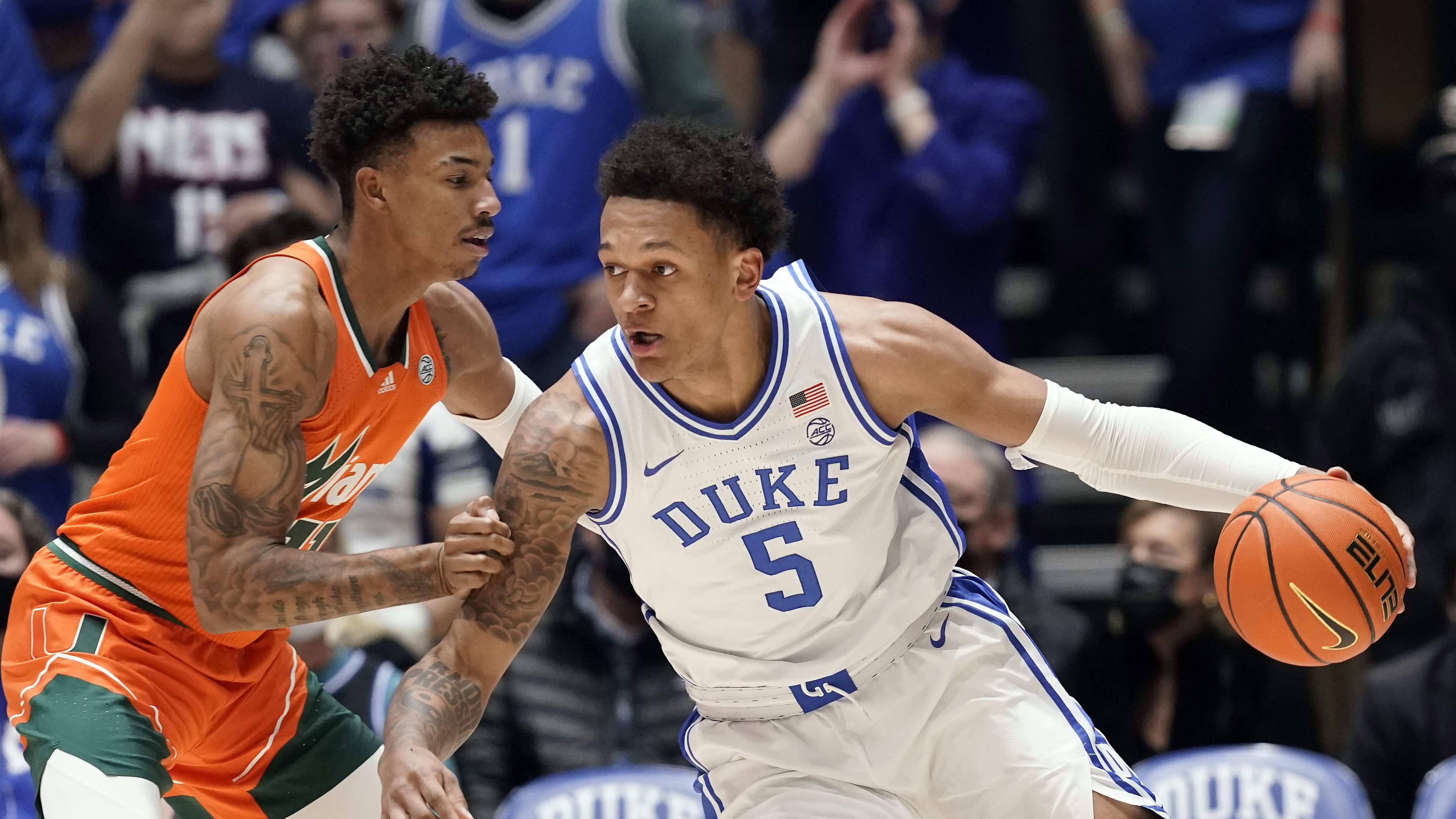 DURHAM, N.C. (AP) — Kameron McGusty hit a hanging layup in traffic with 22.8 seconds left and Miami survived a final-play shot for the win to stun No. 2 Duke 76-74 on Saturday night.

Charlie Moore had 18 points and a career-high seven steals for the Hurricanes (13-3, 5-0 Atlantic Coast Conference), who won their ninth straight game. This time, days after rallying from 18 down to beat Syracuse, Miami won at Duke’s famously rowdy Cameron Indoor Stadium with a fearless performance that had them repeatedly beating defenders off the dribble or on backcuts while answering every push by the homestanding Blue Devils (12-2, 2-1).

After a free throw from Isaiah Wong pushed Miami to the 76-74 lead with 8.0 seconds left, Duke had two chances to win. On the first, Wendell Moore Jr. pushed the ballcourt and launched a 3-pointer from near the Duke bench, but the ball bounced out of bounds on a loose rebound and went back to the Blue Devils with 0.7 on the clock.

On the final play, Moore inbounded to freshman Trevor Keels, whose desperation 3 hit the rim but wasn’t particularly close to end it.

That sent Miami players running to midcourt to celebrate and in a chest-bump heavy mob, while Moore simply walked around near that crowd with both arms raised triumphantly.

McGusty finished with 14 points for Miami, which shot 58% in the second half.

Star freshman Paolo Banchero had 20 points to lead Duke, including two late baskets and critical steal to set up his own transition dunk that pushed the Blue Devils to a 74-71 lead. But Moore answered with a whistle-drawing basket to cut the deficit to one with 33.3 seconds left.

Then, after Moore missed the tying and-1 free throw, McGusty put Miami ahead for good with his driving basket.

Miami: The Hurricanes were picked to finish 12th in the ACC, but Jim Larranaga’s club has revised those expectations with its play since the start of December. The 4-0 ACC start was only the second in program history and first since 2013, while the eight-game run was the program’s best since going 10-0 to start the 2017-18 season. Now the Hurricanes have everyone’s attention, and could land in Monday’s next AP Top 25 poll as a result.

Duke: The Blue Devils were playing their second home game this week since returning from a stoppage due to a COVID-19 outbreak. They grinded through a win in Tuesday’s return against Georgia Tech, though coach Mike Krzyzewski said the team would need time to get back into peak conditioning again after the layoff. The Blue Devils looked fresher this time and got their offense rolling after halftime, but the problem was more their inability to contain Moore and the Hurricanes’ drivers or cutters that cost them in this one.

Miami: The Hurricanes stay in their home state to play a road game, visiting Florida State on Tuesday.

Duke: The Blue Devils play their own instate road game by visiting Wake Forest on Wednesday.