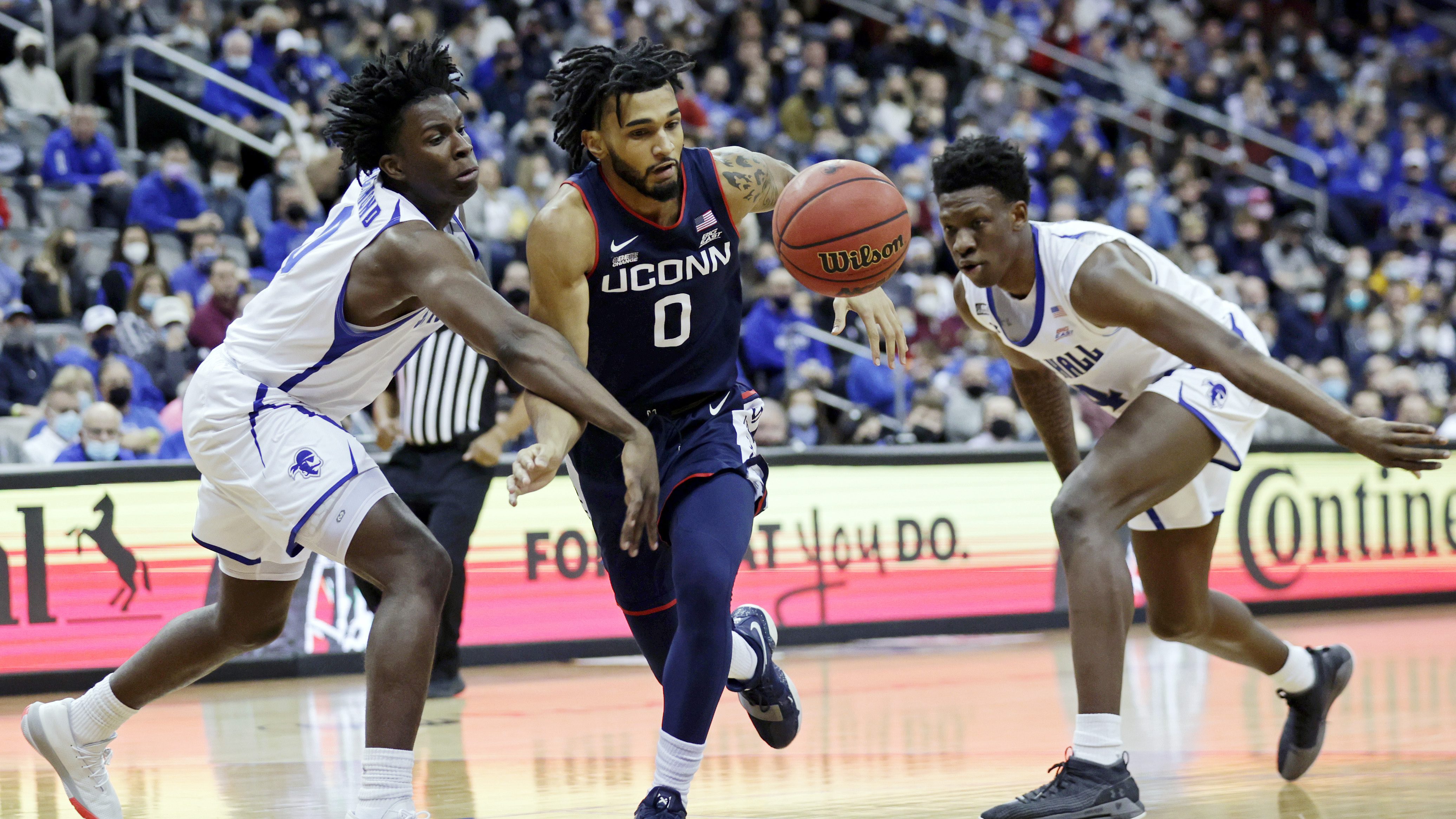 NEWARK, N.J. (AP) — Kadary Richmond scored 27 points, including 17 straight for No. 24 Seton Hall in the second half and then the go-ahead basket in overtime during a 90-87 win over Connecticut on Saturday.

Jarden Rhoden had 15 points and six rebounds for Seton Hall (11-3, 2-2 Big East). He stole the ball from Tyrese Martin with 2.6 seconds left in OT and Bryce Aiken sealed the win with a pair of free throws, giving him 22 points.

Richmond shot 10 for 13 overall from the field.

Adama Sanogo scored 18 points and had 16 rebounds for the Huskies. R.J. Cole added 15 points before fouling out.

UConn: Following a 17-day gap between games due to COVID-19 issues, UConn clearly has the makings of a Top 25 team that can compete for the Big East Title.

Seton Hall: Following an 0-2 start in Big East play after ascending to No. 15, the Pirates are back to .500 in the conference. Through their COVID-19 concerns that forced a two-week gap in December, they look like a team poised to compete for the Big East title.

The Pirates nearly fell out of Top 25, but could start climbing again after two straight wins. UConn, meanwhile, might receive some votes again, but won’t be cracking the poll.

Seton Hall was back at full strength for the second straight game following nearly three weeks after a full practice due to COVID-19 concerns. Ike Obiagu and Tyrese Samuel were out due to COVID-19 protocol, along with three freshmen and a walk-on, leaving the Pirates with eight scholarship players.

Seton Hall: At DePaul on Thursday.