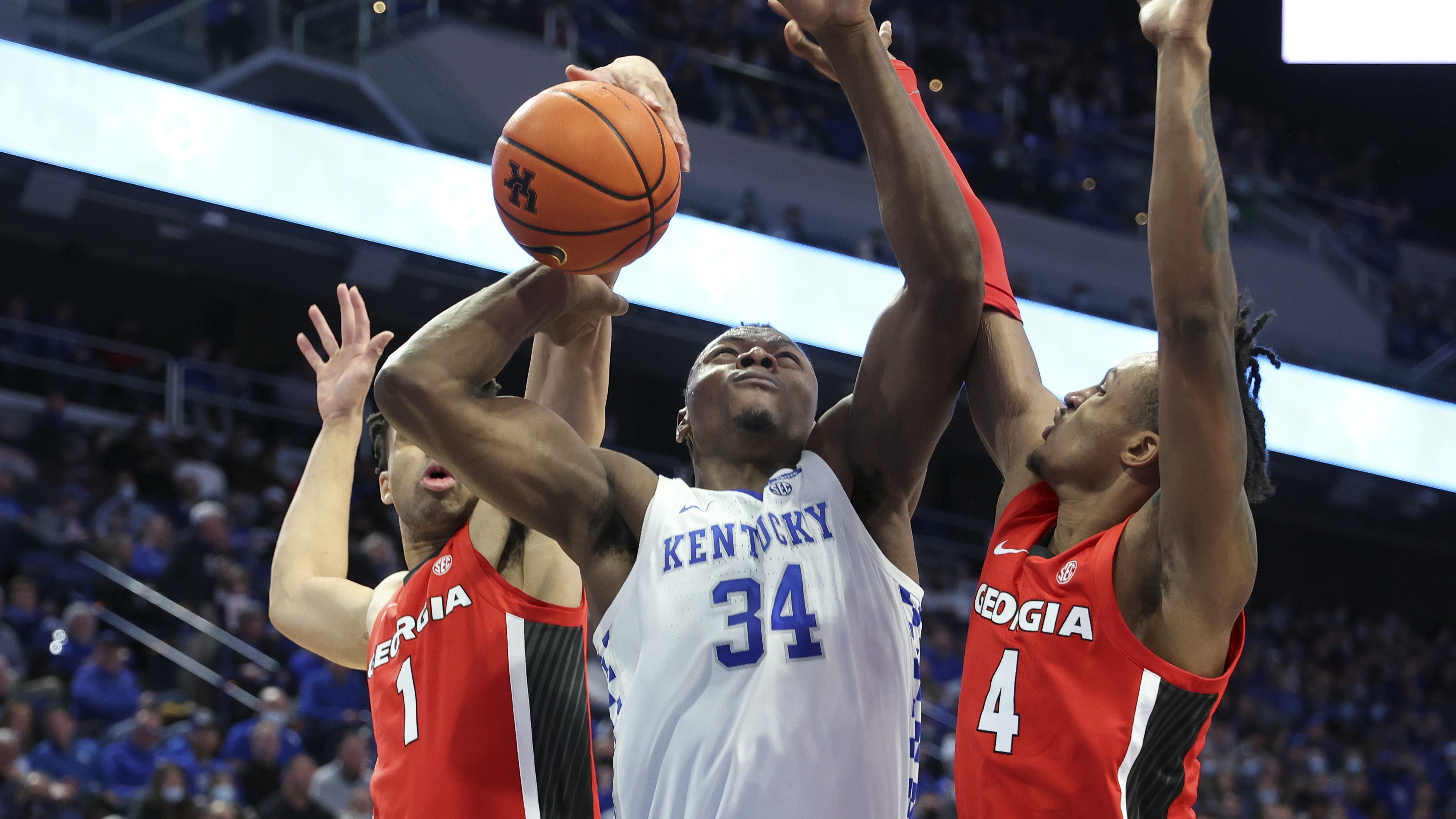 LEXINGTON, Ky. (AP) — Oscar Tshiebwe had a career-high 29 points and 17 rebounds, TyTy Washington Jr. added a school-record 17 assists with 17 points, and No. 16 Kentucky shot 63% after halftime to pull away from Georgia for a 92-77 victory on Saturday night.

Both teams looked to rebound from close losses, intensity reflected in a back-and-forth first half featuring 10 lead changes. Late baskets by Tshiebwe and Keion Brooks Jr. (14 points) helped the Wildcats (12-3, 2-1 Southeastern Conference) lead 40-37 at halftime before mounting several spurts, including a 13-4 run over four minutes that made it 73-56. They made 22 of 35 in the second half and finished 40 of 70 (57%).

Tshiebwe bounced back from a season-low nine points at No. 21 LSU to have his 11th double-double by the break before topping his previous scoring high of 25 points. The junior forward seemed headed for a 20-20 outing before settling for helping Kentucky win the boards 31-25. He finished 13 of 21 from the field.

Washington, handling point guard duties for Kentucky in place of injured Sahvir Wheeler, made 8 of 13 from the field and broke John Wall’s single-game assists mark set in December 2009 with 25 seconds remaining. Davion Mintz made 5 of 7 3-pointers and 7 of 10 overall to finish with 19 points off the bench.

Wheeler injured his neck after running into a hard but legal screen in the early minutes in Wednesday’s loss at LSU. The ex-Bulldog was dressed in street clothes and is being evaluated daily.

Georgia’s initial quick pace forced Kentucky to adjust, and knocking down shots helped the Bulldogs stay within a couple of possessions. They simply fell behind after the break, being outscored 46-26 in the paint.

Kentucky: Washington ably filled in as a facilitator in Wheeler’s place, helping the Wildcats maintain some of their inside-outside game. After starting a step slow, they soon got up to speed and worked the ball around for good looks that fell often.