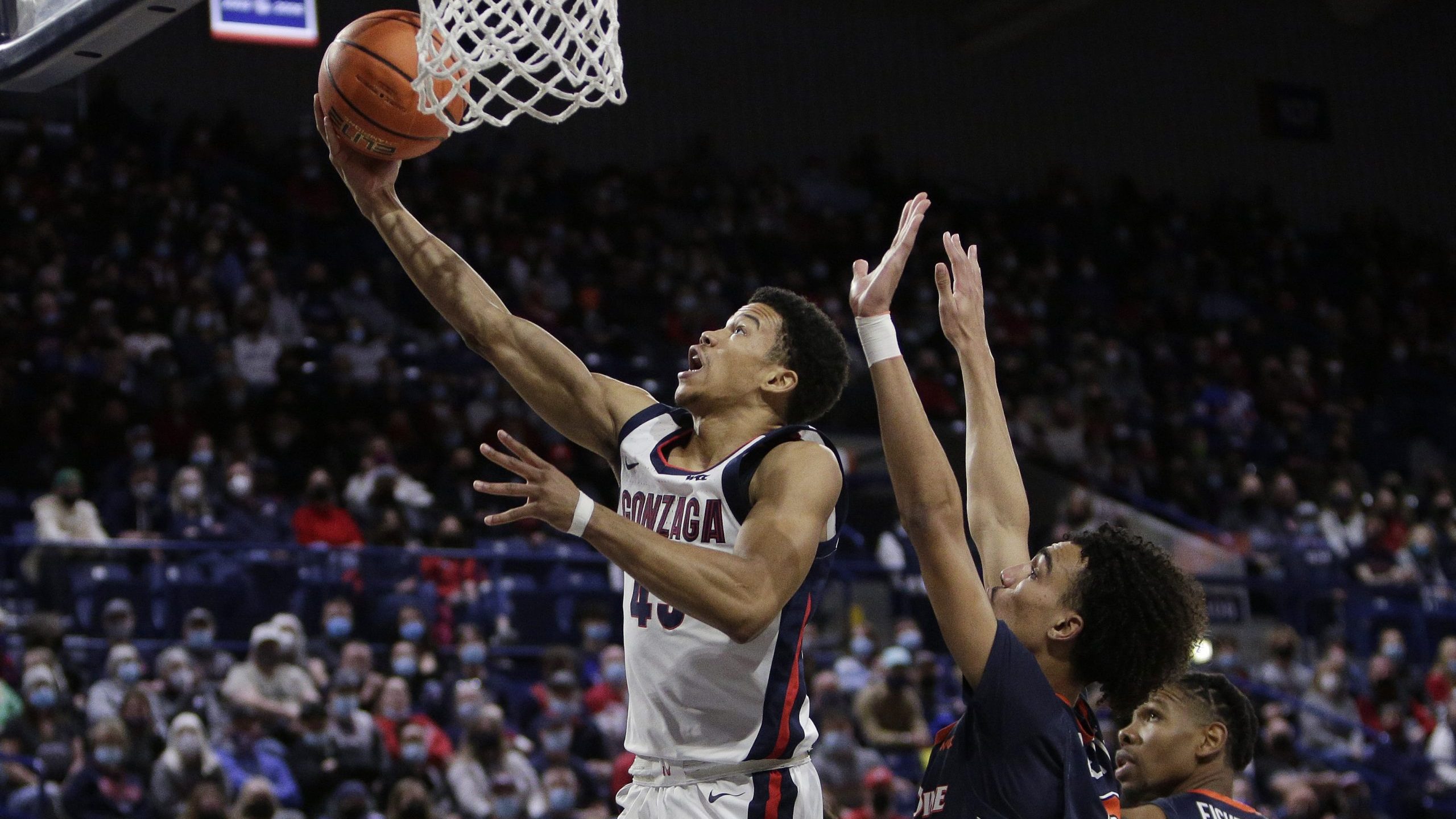 SPOKANE, Wash. (AP) — Fourth-ranked Gonzaga had to postpone its first three conference games because of COVID-19 issues within the program, but when the Bulldogs got back on the basketball court, they were firing on all cylinders.

Hunter Sallis scored 13 and Rasir Bolton and Julian Strawther had 12 points each for Gonzaga (12-2, 1-0 West Coast Conference), which was playing its first game since Dec. 28.

“We have a lot of guys who can put the ball in the hole and we like to share,” Gonzaga coach Mark Few said.

“I think we were crisp” despite the layoff, Few said. “You worry about that. We were terrific on defense and played with great purpose on offense.”

Watson came off the bench to make 7 of his 12 shots and added six rebounds and a couple of steals.

“Anton was good around the basket,” Few said. “He’s finally asserting himself.”

Houston Mallette scored 21 points and Jan Zidek 16 for Pepperdine (6-10, 0-1), which was playing its first game since Dec. 23. Pepperdine had won four of its previous five games, but was hampered by 42.7% shooting and 18 turnovers.

Pepperdine coach Lorenzo Romar did not meet with reporters after the game.

Gonzaga has a 42-game winning streak in the series, with Pepperdine last beating the Zags in 2002. That’s the third longest streak in Division I history.

This game was decided early, and Gonzaga scored a season-high in points.

Timme scored nine points and Gonzaga made 10 of its first 12 shots to lead 26-7 barely five minutes into the game. Holmgren’s 3-pointer gave the Zags a 36-14 lead with about 10 minutes left in the first.

The Waves started making some shots, but Watson and Bolton pushed Gonzaga to a 63-41 lead at halftime and 56% shooting in the half.

Mallette led Pepperdine with 13 first-half points, but the Waves shot just 40% in the first and committed 10 turnovers.

FOUR TO THE DANCE

Few said the most important goal for the West Coast Conference in rescheduling postponed games is to strengthen the chances of sending four teams to the NCAA tournament. Gonzaga, BYU, Saint Mary’s and San Francisco all have a chance to get there, Few said, adding, “that has to be the priority.”

Gonzaga scored 68 points in the paint, compared to 32 for the Waves. The Zags won the rebound battle 51-36.

Gonzaga should stay put after handily defeating the Waves.

Pepperdine: The Waves didn’t have enough firepower to hang with Gonzaga, which seemed to score at will. … After being off for 15 days because of COVID-19 issues, Pepperdine will now play seven games in 13 days.

Gonzaga: The Bulldogs have won 25 consecutive conference openers dating to 1996. … The Bulldogs came into the game leading the nation in field-goal shooting at 52.1%.

Gonzaga: Hosts rival Brigham Young on Thursday. The Cougars were the last WCC team to beat Gonzaga — on Feb. 22, 2019. The Zags have won 22 straight conference games since, which is the longest streak in the nation.