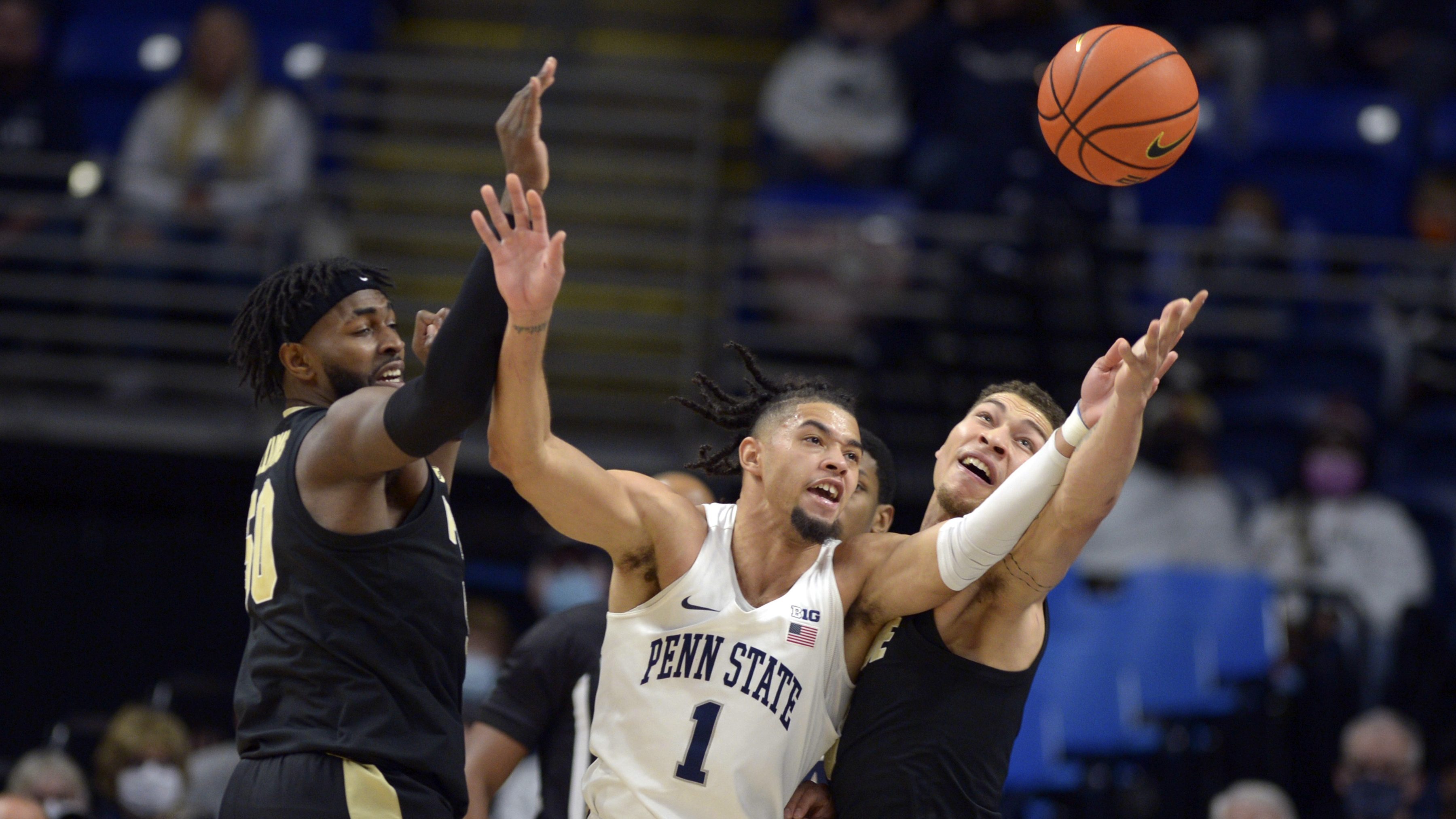 UNIVERSITY PARK, Pa. (AP) — Trevion Williams, coming off the bench for the first time in five games, scored 21 points including the final go-ahead basket, and No. 3 Purdue held off Penn State 74-67 on Saturday.

The 6-foot-11 Williams was 9-of-12 shooting and grabbed nine rebounds despite sitting out over eight minutes of the second half after picking up his third foul.

When he did return with eight minutes remaining he scored 10 points including a bucket that restored the Boilermakers’ lead after Greg Lee’s 3-pointer had given Penn State its first edge since late in the first half.

Williams added a three-point play with a minute left for a five-point lead and the Nittany Lions missed a pair of 3-pointers.

Penn State, which was only 1 of 5 from the arc in the first half and missed its first four 3-point attempts in the second, finally found its range hitting seven 3s in the final 12 minutes with the last being Lee’s go-ahead shot.

Leading by five at halftime, Purdue built a 13-point lead after a Stefanovic 3-pointer with 12 minutes to go.

Penn State’s largest lead was seven points, coming after a 9-0 run midway through the first half. Purdue responded with its own 9-0 run and the rest of the half remained tight with the Boilermakers leading 35-30 at halftime.

The teams’ statistical performances were evenly matched though Purdue’s had an advantage in points off turnovers (16-9) and points in the paint (36-28). It has won 12 of the last 13 meetings with Penn State.

Purdue: The victory got the Boilermakers back on track after a 75-69 loss to No. 23 Wisconsin on Monday.

Penn State: After beating Indiana and Northwestern in their two previous games by a total of seven points, the Lions took a close loss of their own.

STARTING AGAIN The 7-foot-4 Edey, who came in averaging 15.6 points and 7.5 rebounds a game, started the first 10 games of the season before giving way to Williams (13.0/8.8) for the next four. Edey was back in the starting lineup on Saturday but played only 10 minutes with six points and six rebounds while dealing with fouls.

FAMILIAR FACES Penn State’s Micah Shrewsberry, in his first year as an NCAA Division I head coach, was on the Purdue staff for four seasons, including the last two as associate head coach under Matt Painter, who is in his 17th season as the Boilermakers head coach. Shrewsberry had two stints at Purdue (2011-2013 and 2019-2020) and in between was an assistant with the Boston Celtics.

Purdue: At Michigan on Tuesday. The Wolverines’ game with Michigan State on Saturday was postponed because of COVID issues in the Michigan program.