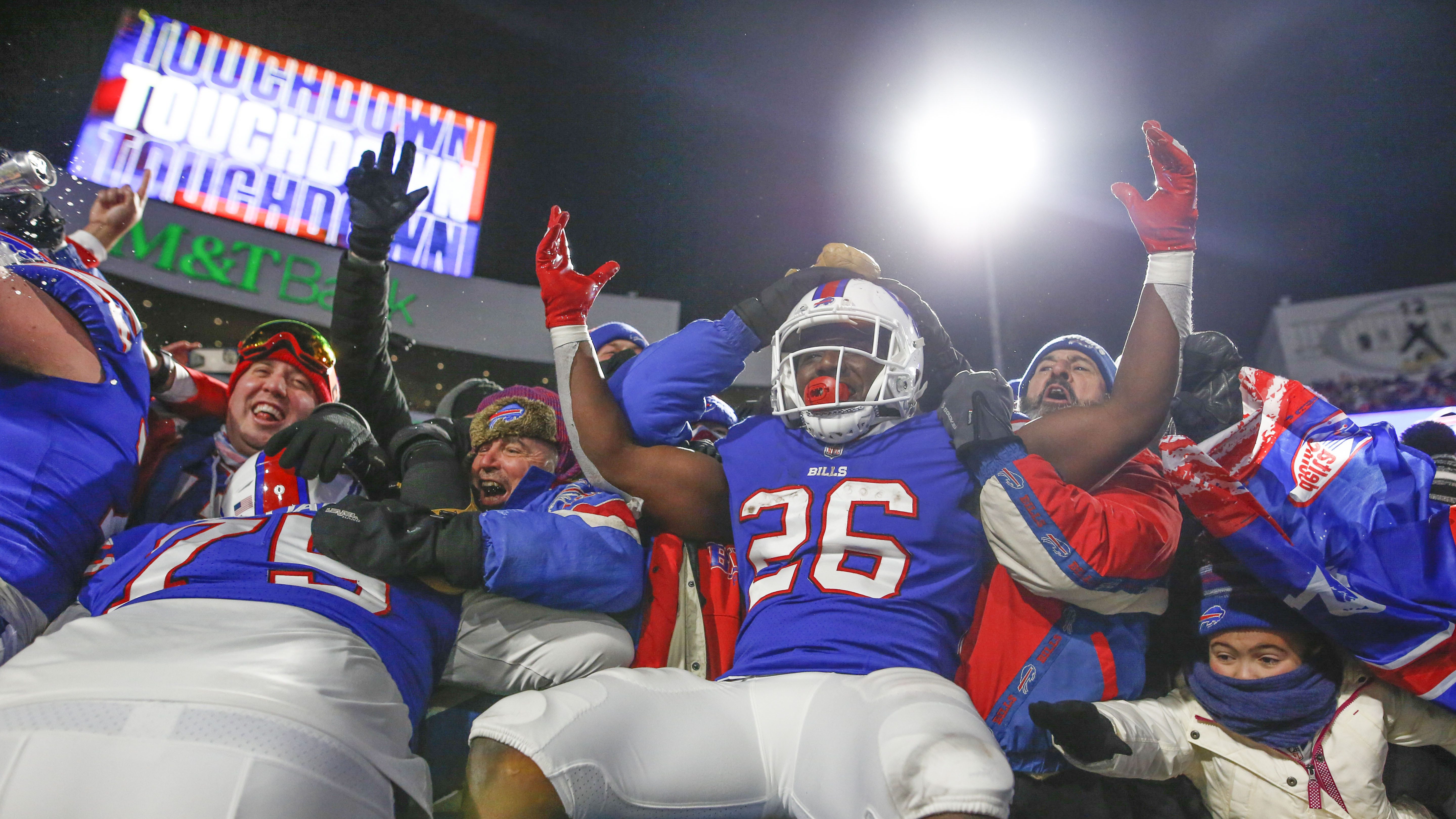 ORCHARD PARK, N.Y. (AP) — The Buffalo Bills clinched their second consecutive AFC East title after Devin Singletary scored twice in the final 8:21 in a 27-10 win over the New York Jets on Sunday.

The Bills (11-6) enter the playoffs as the conference’s third seed, but had to await the outcome of the late game between the Los Angeles Chargers and Las Vegas Raiders to determine who they’ll host in the wild-card playoff round next weekend.

The Bills actually moved up a spot in the conference standings, jumping ahead of Cincinnati after the Bengals (10-7) lost to Cleveland earlier in the day.

The Bills limited the the Jets to a franchise-low 53 yards of total offense and four first downs — the fewest allowed by Buffalo in franchise history. Buffalo also sacked Jets rookie Zach Wilson nine times, the most by Buffalo since getting 10 in a 23-0 win over Washington on Oct. 20, 2011.

The outcome, however, wasn’t decided until the final quarter on an afternoon in which wind gusts of up to 30 mph played havoc with the passing and kicking games.

In a game the Bills never trailed, Singletary broke things open by scoring on a consecutive drives 4:28 apart.

Singletary put the Bills up 20-10 by scoring on a 1-yard run to cap a seven-play 51-yard drive with 8:21 remaining. He followed that by catching a 5-yard TD pass from Josh Allen.

It was Singletary’s second consecutive two-touchdown outing, which gives him six in his past four games.

The Bills clinched their first division title at home since 1995. Security officials guarded against fans from rushing the field by dismantling the goalposts in the west end, while also guarding the goalposts on the other side of the field.

Allen was 24 of 45 for 239 yards and two touchdowns, including a 10-yard touchdown pass to Stefon Diggs on Buffalo’s game-opening drive.

The Bills won their fourth straight game and won consecutive division titles for the first time since a four-year run spanning 1988-91. Buffalo overcame an inconsistent middle-of-the-season stretch during which it lost five of eight.

The focus now turns to the Bills’ fourth playoff berth in five years since the arrival of coach Sean McDermott and general manager Brandon Beane. Last year, the Bills made their deepest playoff run in 27 years in losing to Kansas City in the AFC championship game.

The Jets (4-13), under first-time head coach Robert Saleh, completed their sixth consecutive losing season — and fifth with five or fewer wins in extending their playoff drought to a franchise record-matching 11th consecutive year. It’s also the longest active streak in the NFL.

Credit the Jets for not running for the bus in having long ago been eliminated from playoff contention. While their offense sputtered, the Jets defense held Buffalo to 13 points and forced five three-and-outs through three quarters.

The Jets’ offense was also depleted by injuries in missing receivers Elijah Moore (quadriceps), Corey Davis (core muscle) and Braxton Berrios (quadriceps), and then lost Jamison Crowder in the second quarter to a calf injury.

Wilson finished 7 of 20 for 87 yards, with a 40-yard touchdown pass to Keelan Cole, which cut the score to 10-7 with 3:51 left in the second quarter. The No. 2 draft pick finished the season not throwing an interception over his final five games.

Matt Haack finally got a chance to punt. His 42-yarder midway through the second quarter was his first punt since a 40-yarder with 10 minutes remaining in a 31-14 win over Carolina on Dec. 19.

The Bills went the next two games not attempting a punt and were in position to become the NFL’s first team since at least 1945 to go three consecutive games without attempting a punt. Haack’s next two punts, following consecutive three-and-outs, went 21 and 23 yards into winds gusting at between 20 and 30 mph.