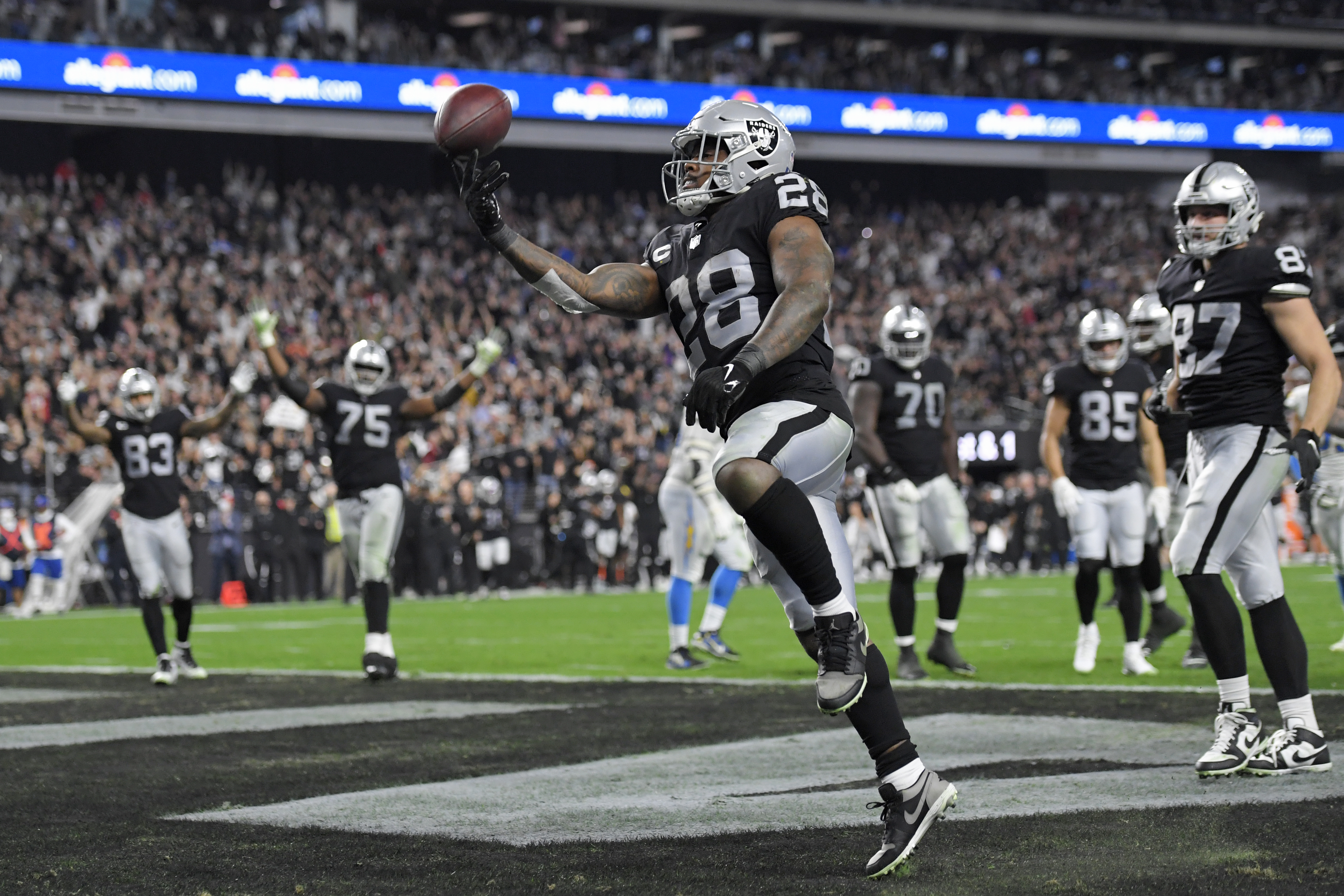 And they eliminated their AFC West rivals in the process.

Carlson, three times the AFC special teams player of the week this season, kicked five field goals in the game, including two in overtime.

Derek Carr completed 20 of 36 pass attempts for 186 yards, including two touchdowns. Hunter Renfrow hauled in two touchdown passes, while Josh Jacobs ran for 132 yards on 26 carries, including one score.

The Raiders, who had arguably more offseason and in-season distractions than any team, overcame multiple adversities and return to the playoffs for only the second time since losing to Tampa Bay in the 2003 Super Bowl.

Trailing by 15 in the fourth quarter, the Chargers scored two late touchdowns, with a a 19-play, 83-yard drive capped by Justin Herbert’s 12-yard touchdown strike to Mike Williams as regulation expired. Dustin Hopkins’ extra point sent the game into the extra period. Los Angeles converted on three fourth-down plays in the lengthy drive.

Herbert, who was under duress much of the night, completed 34 of his 64 attempts for 383 yards with three touchdowns and one interception.

Carlson booted a 24-yard field goal on the Raiders’ first possession, and after being forced to punt on its second drive, Las Vegas’ Divine Deablo recovered a fumble on special teams at the Los Angeles’ 23-yard line. Six plays later, Carr found Renfrow for a 12-yard touchdown.

Los Angeles responded behind a heavy dose of Austin Ekeler, who ran for 53 yards on nine carries and had two touchdowns in the first half. Ekeler ran 14 yards for one score and hauled in a 14-yard screen pass to give the Chargers a 14-10 lead.

Though the Chargers outgained the Raiders 180-142 in the first half, 85 yards in penalties against Los Angeles tied for the most in the first half by a Raiders opponent in the past 11 seasons. The biggest was a 41-yard defensive pass interference call against Chris Harris Jr. with 49 seconds left in the half.

Jacobs punched it in from the 1 on the next play to put Las Vegas back in front, and the Raiders’ defense stymied the Chargers’ final drive of the half.

Raiders: travel to Cincinnati for the first round of the AFC playoffs.