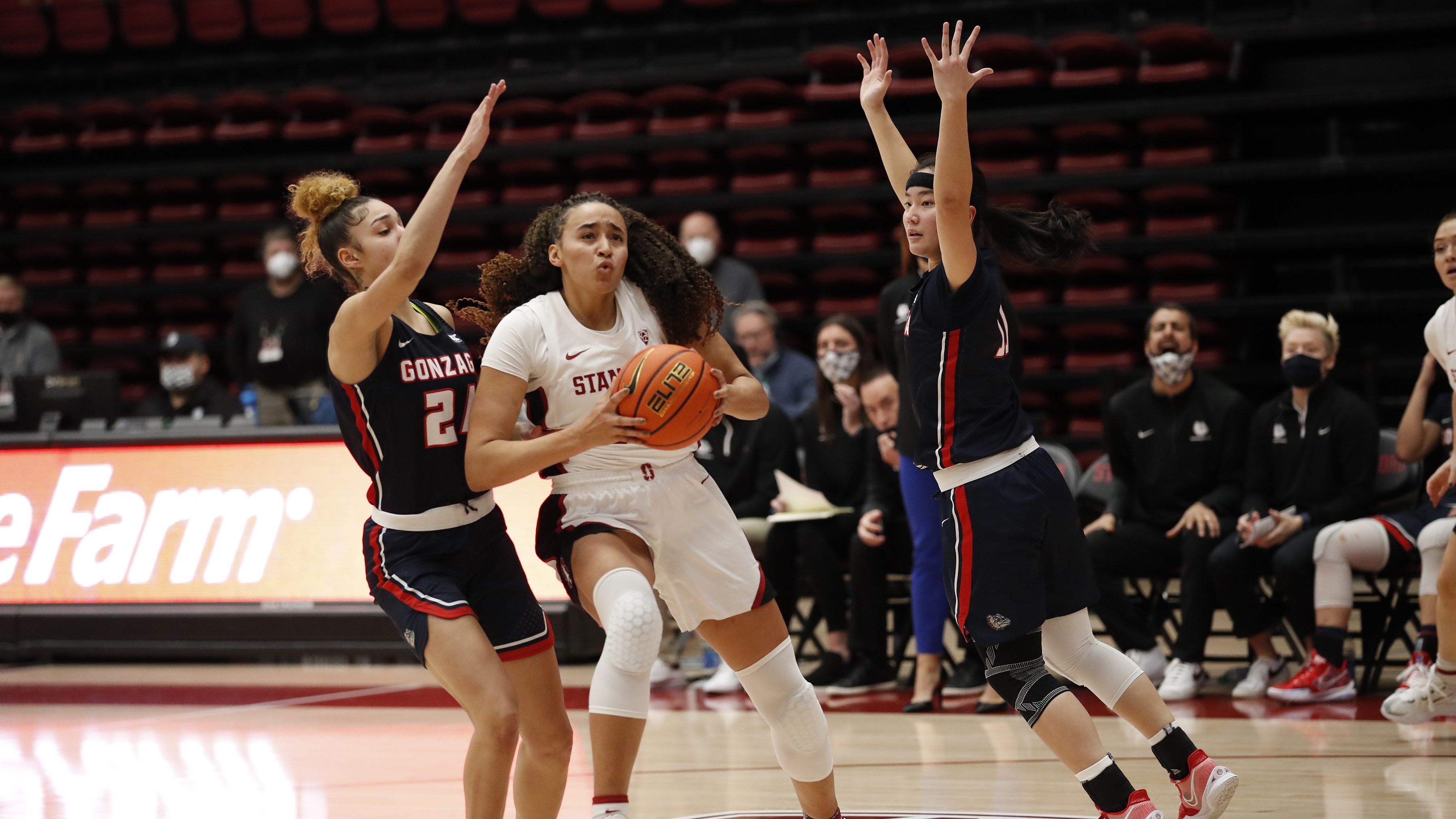 Jump, a junior taking on a bigger role this season for the defending national champions, scored 13 of her 21 points in the second half as Stanford led most of the day in a non-conference game that was scheduled at the last minute.

Gonzaga agreed to the game after Stanford’s regularly scheduled game Sunday against Oregon State was postponed due to COVID-19 issues within the Beavers’ program. The two teams played on Nov. 21 in Washington and Stanford won that one 66-62.

“They’re just so long and they don’t make mistakes and they communicate well,” Gonzaga coach Lisa Fortier said. “We always say that when you play Stanford you learn exactly where you’re strong and where you need to improve.”

Cameron Brink had 14 points and 16 rebounds for Stanford (11-3) and Haley Jones added 15 points and seven rebounds.

Jump, a 6-foot guard who’s moved into a starting role this season, has improved every facet of her game according to Stanford coach Tara VanDerveer. But her ability to hit shots from long range is a difference maker.

“She helps space the floor,” VanDerveer said. “She’s just improved a lot, and our confidence in her has improved a lot. So we like any shot she takes out there.”

Jump, who was born in England but attended high school in San Jose, scored eight points during a 14-5 Stanford run in the second quarter that put the Cardinal firmly in control.

“The coaches give me confidence every day, always reminding me to shot the ball whether I’m hot or not,” Jump said. “Playing for my teammates and getting support from my coaches really helps.”

Gonzaga ended the first half on a 7-0 run to pull within nine at the break, 33-24. But Stanford, after a rugged first half offensively, began finding open players cutting to the basket and forced turnovers that led to easy transition baskets and commanded a 52-37 lead by the end of the third quarter.

Gonzaga: The Bulldogs learned the importance of taking care of the basketball and not wasting possessions against an opponent that provides little margin for error.

Stanford: In a mostly empty arena, the Cardinal showed mental toughness and kept its edge in a non-conference game that could have provided the ingredients for a letdown.

The Cardinal had to dig out of an early hole to beat Gonzaga 66-62 on the road Nov. 21. This time, Stanford controlled the game and did big damage on the offensive boards, outscoring the Bulldogs 23-15 in second-chance points.

“It’s like another free shot, another possession,” Brink said.

Gonzaga was dealt a blow when leading scorer Melody Kempton picked up two early fouls in the first quarter, forcing her to spend time on the bench.

“When we’re at our best, it certainly revolves around her playing heavy minutes,” Fortier said. “She’s a great rebounder, a good defender. She can finish around the basket. Having her on the bench was kind of deflating.”

Gonzaga: Plays at Pacific on Thursday, just the Zags second conference game because of postponements due to COVID-19 protocol.

Stanford: Plays Friday at Colorado, which beat the Cardinal in overtime last season in Boulder.