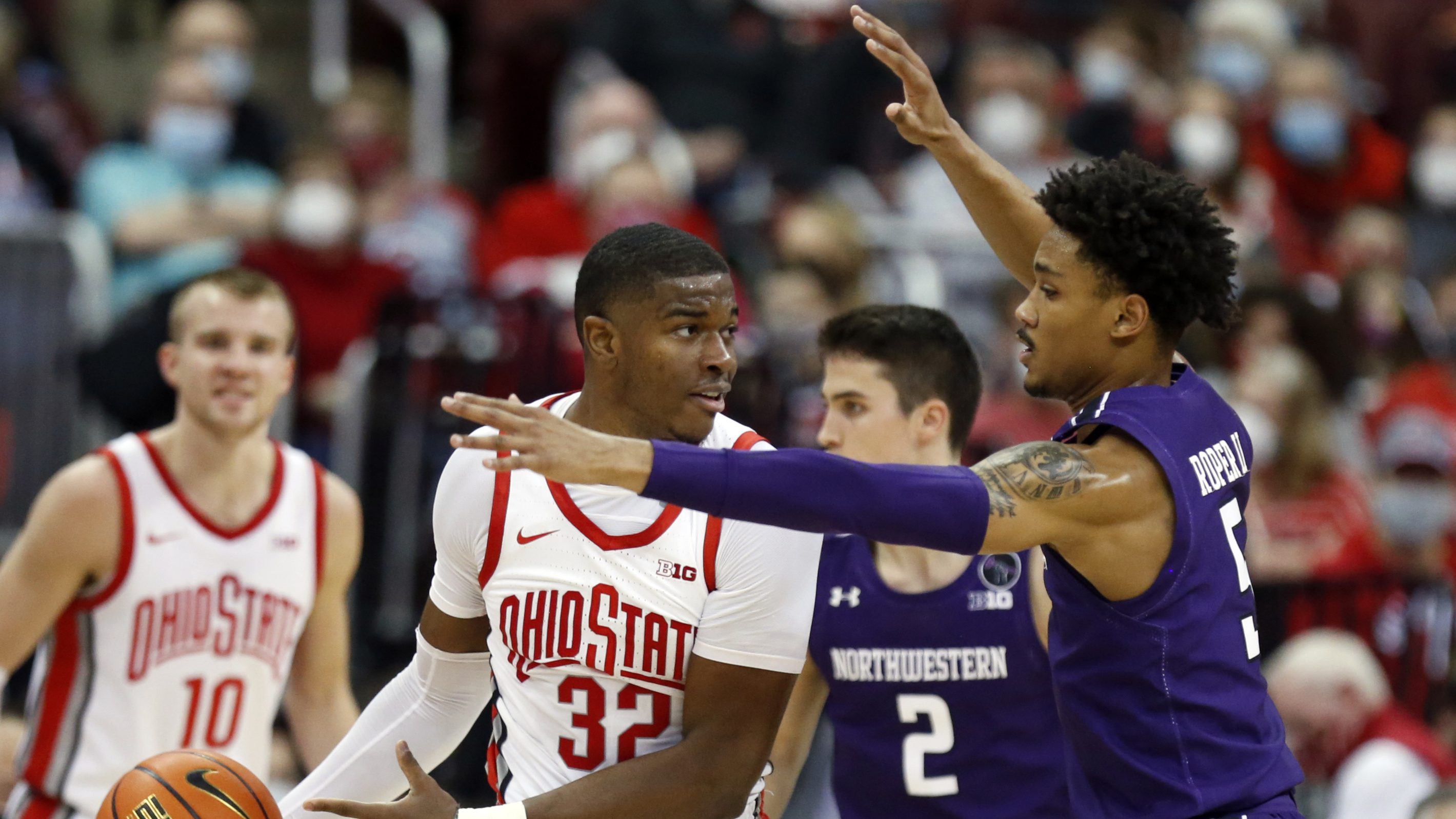 Liddell scored 17 points in the first five minutes, including a career-high five 3-pointers in that span. He set a personal best in field goals made, finishing 12 of 20 from the field.

His production helped Ohio State (10-3, 4-1 Big Ten Conference) shoot 67% in the first half. The Buckeyes led 51-39 at halftime and matched their scoring output from a 67-51 loss at Indiana on Thursday.

The Buckeyes made just one field goal in the final 6:13 but held off Northwestern’s comeback bid at the free-throw line.

Ohio State knocked down 11 foul shots in the final three minutes and finished 26 of 27 from the line.

Malaki Branham added 24 points and shot 13 of 14 on free throws.

Three Wildcats scored at least 20 points as their losing streak extended to three. Ty Berry led Northwestern with 23 points while Chase Audige and Pete Nance each had 20.

Buckeyes coach Chris Holtmann and assistant Ryan Pedon were unavailable due to COVID-19 health and safety protocols, according to Ohio State.

Northwestern: For the second consecutive game, the Wildcats shot over 41.7% from both the field and 3-point range. They just couldn’t keep up with Ohio State, allowing season highs in scoring and field goal percentage.

Ohio State: The Buckeyes shot 56.9% after posting a season-worst 30.8% at Indiana on Thursday.